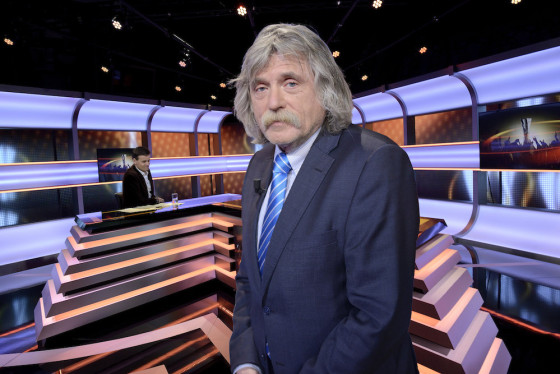 Derksen, 67, told television programme Voetbal Inside on Monday that some amateur clubs no longer function or are disappearing because their percentage of players with a Moroccan background is too high. ‘I will be dismissed as a racist but I really don’t give a damn,’ he told the show.

Some clubs have been damaged because they are located in areas where many Moroccan families live, he said. Moroccan players dominate and the Dutch boys go to other clubs. ‘They don’t want to work with nine Moroccan lads who don’t dare to shower naked,’ he said.

Challenged by presenter Wilfred Genee, Derksen went on to say there is a problem which society is not acknowledging. ‘There is a reason I moved from Gouda where lots of Moroccans live,’ he said.

On Tuesday, Derksen appeared on television chat show Pauw to talk about his comments with Farid Azarkan, who wants the tv commentator to apologise for his statements.

Azarkan is chairman of the Association of Dutch Moroccans and was a leading light in the campaign to have PVV leader Geert Wilders prosecuted for hate speech. He is also, according to HP De Tijd, an amateur football coach.

Derksen refused to apologise, and went on to state that he would never buy a Moroccan football player.

If they are good, they disappear for six weeks to play internationally and the club has to pay for that, he said. ‘And then the club also has to pay when they take time off for Ramadan,’ he said.