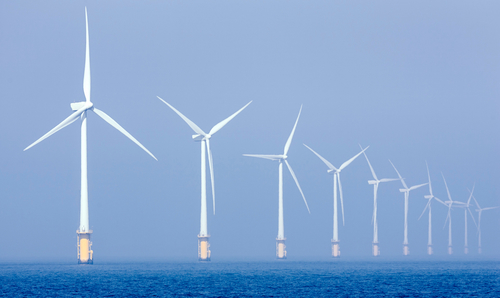 The government should triple the number of offshore wind farms being planned by 2030 in order to maximise profits from green energy, according to Shell.

The oil and gas giant included the call in its Shell Election Manifesto, which was sent to MPs earlier this month as the company looks to set the agenda for next year’s general election, AD reports.

Shell says the next cabinet should provide for the construction of offshore wind farms with a total capacity of 5 to 10 gigawatts between 2023 and 2030, which would require between 1,000 and 2,000 extra windmills using current technology.

Shell said the IJmuiden Ver region, off the North Sea coast near Amsterdam, had the potential to be turned into a wind farm generating 5 to 6 gigawatts. In the longer term the company said wind energy could be as big a domestic energy source as natural gas.

‘High levels of wind, the available space, the proximity of the market and low seabed depths make the Dutch section of the North Sea a unique unexploited area for generating energy,’ the manifesto stated.

The manifesto marks a policy change by Shell, which until recently focused almost exclusively on fossil fuels. But the problems in the Groningen gas field, where the government has restricted production because of the growing frequency of earthquakes, have prompted the company to consider other long-term options.