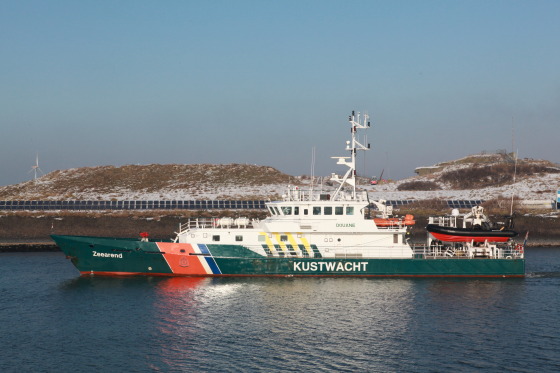 The number of illegal immigrants using the ferry terminal at Hoek van Holland to reach Britain is increasing, the Telegraaf said at the weekend

In total, 150 illegal immigrants were caught at Hoek van Holland in the first two months of this year, compared to 450 for the whole of 2015, the paper said.

Last weekend, for example, the Dutch military police picked up a Turkish teenager with a fake ID, six Albanians hiding in lorries and a Tunisian with a French ID card.

This increase comes as tightened security makes the Calais-Dover channel crossing more difficult for migrants. Last month, authorities in France bulldozed an enormous shanty town in Calais known as The Jungle where hundreds of people have been living.

Several such incidents happened last year, prompting the Daily Mail to call the route between Holland and Harwich a ‘carousel system for immigrants, who come to Britain, are deported back to the Netherlands and then try to sneak back again.’

The Dutch transport sector also warned  that a wave of stowaways was moving north from Zeebrugge in Belgium to Hoek van Holland.

‘It is not true,’ a military police spokesman told DutchNews.nl. ‘We check everyone who comes through here, and we check lorries based on the intelligence reports we get from several sources.’

‘Nor have we seen any real increase in numbers since Calais was closed last month,’ he said.