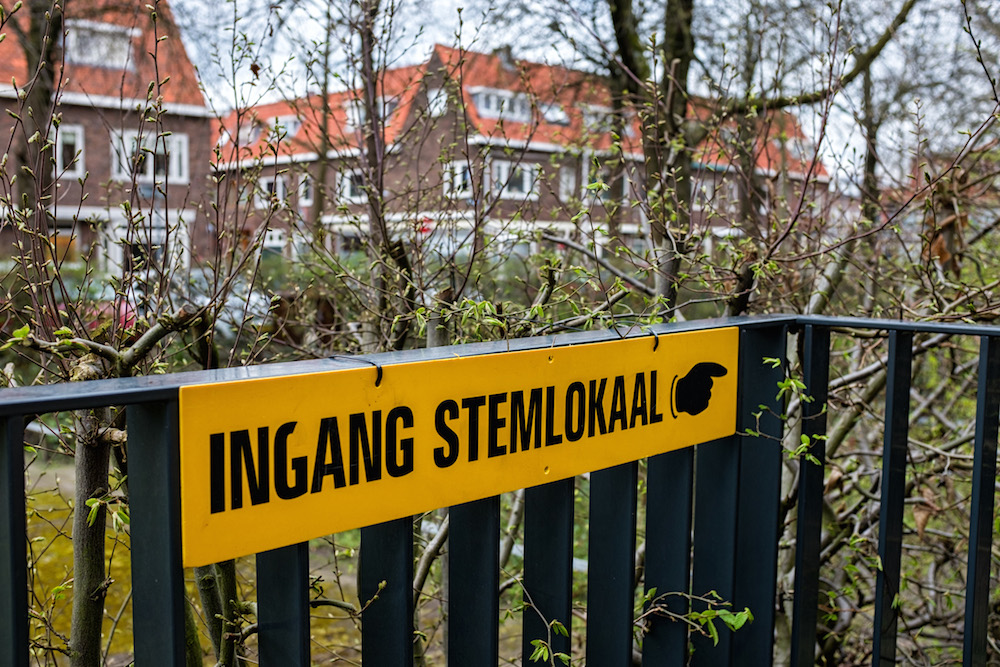 The Netherlands goes to the polls on Wednesday to take part in a referendum on whether or not the cabinet should support the EU’s treaty of association with Ukraine.

Polling stations across the country are open from 7.30 to 21.00 hours. The result is advisory and only has legal weight if more than 30% of the electorate vote.

Ministers have so far refused to say what they will do if a majority vote ‘no’, as opinion polls indicate. A poll for website Nu.nl on the eve of the vote indicated 55% of those who say they are likely to vote will vote ‘no’, 33% will vote ‘yes’ and the rest are undecided.

Forecasts of how many people will actually bother to vote range from 25% to over 40%. Only Dutch nationals, not the hundreds of thousands of other EU citizens in the Netherlands have a say.

The parliamentary leaders of the six biggest political parties took part in a televised debate on the treaty on Tuesday night. All said the government – which has already backed the treaty – should take the results of the referendum ‘seriously’, particularly if the 30% threshold is achieved.

Labour leader Diederik Samsom said that Russia would be served by the treaty being rejected. ‘Then I know who will be opening the champagne,’ he said. ‘Russia will benefit from divisions [over the treaty] and the fact that Ukraine will have to focus more on Russia.’

Halbe Zijlstra, who leads the ruling VVD in parliament, said the Netherlands will have to do something with the results, whatever happens. ‘But I am only going to take a decision after the referendum, when all the cards are on the table,’ he said. Zijlstra is opposed to the referendum in principle but says now it has been called, the results have to be taken seriously.

The Socialist and anti-European PVV both oppose the treaty. SP leader Emile Roemer says he does not want a treaty with an unstable land which has a civil war. Geert Wilders says the treaty is the first step to Ukrainian membership of the EU

In a column entitled ‘Why the EU referendum is a joke’, Sijbren de Jong of the EUObserver said recently, the organisation known as ‘GeenPeil’, one of the chief organisers of the referendum, stated in a campaign flyer that ‘Ukraine is a country suffering from a civil war where fascist militias roam the streets’.

It is for this reason that the people of the Netherlands should vote against ‘open borders with a country in a state of war’, GeenPeil states.

‘I invite you to google the websites of RT (the former Russia Today) and Sputnik News for an afternoon. Believe me, you will come across many similar statements. Surprising? Not really,’ said Sijbren de Jong  .

‘It is interesting to see that two years after Russia’s annexation of Crimea both GeenPeil and the Kremlin appear to suffer from amnesia. After all, the forceful annexation of part of a sovereign nation’s territory by another state is quite clearly an example of an interstate conflict.’

Two other founders of the campaign to hold the referendum told the NRC they did not give a monkey’s about Ukraine. ‘The real motivation for the referendum is to create momentum for the Netherlands to one day leave the EU altogether,’ they said.

‘Of course this did not come as a shock to me. But still, from an organisation that has “save democracy!” as its motto it is appalling how they not only lied to the whole nation, but are willing to thwart the future of 45 million Ukrainians in the process,’ De Jong wrote.

‘Knowing that the organisers of the referendum willingly lied about their intentions and are not the least bit interested in Ukraine, the referendum as such is not about Ukraine at all.

This also means that the organisers should have no interest whatsoever in whether the agreement with Ukraine is ratified – after all, they said themselves that they do not care,’ he said.

The Wall Street Journal says the Dutch vote in a crucial EU referendum on Ukraine.

The pact, provisionally applied by Brussels since mid-2014, removes export tariffs between Ukraine and the EU and has provided a boost to the fragile Ukrainian economy at a time when trade with Russia has plummeted.

It was at the heart of Ukraine’s political crisis in 2014, prompting violent clashes and the ousting of former President Viktor Yanukovych, the paper says.

‘If the Dutch vote no, Europe will have a problem,’ European Commission President Jean-Claude Juncker said in a speech in The Hague last month. ‘That problem is destabilisation,’ the paper points out.