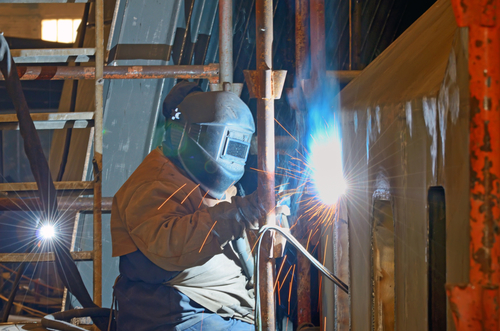 The FNV trade union federation is urging Dutch prime minister Mark Rutte to use his role as president of the European Union to stamp out the abuse of EU labour migration rules.

This weekend it emerged that Romanian nationals working at several Dutch shipyards are technically being paid just €1 an hour as their employers get round the rules on equal pay via staffing bureaus and other ‘tricks’.

The workers are technically employed by a Romanian staffing agency which deducts taxes and pension premiums in Romania under the EU’s A1 ruling.

In the Netherlands they are paid a living allowance while working, which is not subject to tax and premiums. This means it is far cheaper for the shipyards to employ them than Dutch workers.

According to the Volkskrant, the Romanian welders and pipe fitters earn between €1,600 and €2,200 for a 56-hour week, well below a Dutch salary. Hundreds of Dutch workers have since been replaced by cheaper workers from elsewhere.

‘Dutch and Romanian nationals at the shipyards are colleagues, not competitors. Some of the Romanians have been working at the shipyards for seven or eight years and should have a proper job,’ union spokeswoman Masja Zwart said.

The union says several hundred Romanian nationals are being exploited at at least five Dutch shipyards using this system. They are employed via staffing agency Den Breejen Work which has branches in Romania.

The union campaign centres on the GS Yard in Waterhuizen, Groningen, which is owned by a German company.