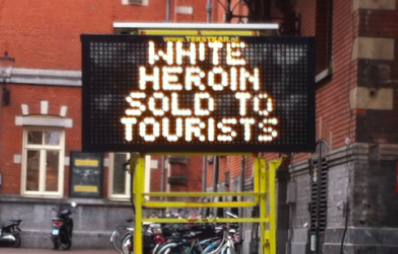 The man who sold white heroin as cocaine to three Danish tourists has been found not guilty of three attempted murders but sentenced to one year in jail for drugs dealing.

Flip S, 43, was originally charged with three murders and nine attempted murders, but the public prosecutor told the court earlier this month that he should only be found guilty of the attempted murder of three Danish tourists.

This is because of a lack of evidence to connect him with the deaths and other cases, the public prosecutor said.

In the event, those charges too were dismissed. The court ruled that S did not necessarily know the cocaine he sold the tourists was heroin. However, knowing that ‘killer coke’ was doing the rounds, he should have had it tested or alerted the tourists to the option to do it themselves, the court said.

By not doing so, he had ‘endangered the health of three people’, the court said. He was also found guilty of dealing hard drugs.

At least three British tourists died after taking heroin which they thought was cocaine and some 20 tourists were hospitalised in late 2014 and early 2015. Amsterdam city council took to using large matrix boards in popular parts of the city to warn tourists of the risks.