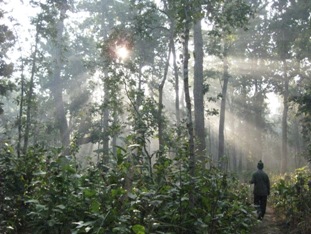 A Dutchman has survived a tiger attack in a national park in Nepal by climbing a tree, the Kathmandu Post has reported.

Gerard van Laar told the Telegraaf he heard growling and roars and ‘a tiger came at us at full speed’. Three people, including the guides, got away and Van Laar managed to scramble into a six-metre high tree. He waited in the tree for two hours while the tiger paced around the base.

According to the Nepal paper, which named the Dutchman as Gorard Vaan Laan, one of the guides, named as Krishna Shah, was attacked and injured by the tiger when they returned to rescue him using elephants.

‘The tiger ran away when three others made noise and banged on the ground,’ chief conservation officer Ramesh Kumar told the paper.

Some 70 tigers are estimated to live in Nepal’s Bardia National Park.