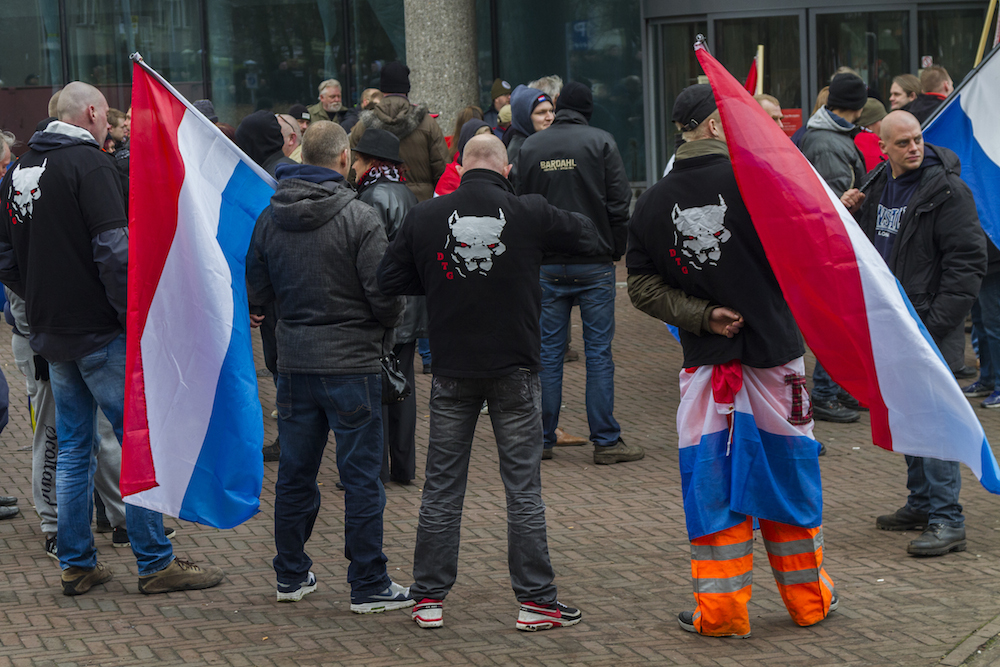 The leader of the Dutch branch of anti-Islam movement Pegida was arrested at a demonstration in Ede on Saturday for refusing to take off a child’s hat shaped like a pig he was wearing during the rally.

A few dozen people carrying Dutch flags and placards took part in the gathering in protest at plans to locate several refugee centres capable of accommodating up to 1,400 people in the town.

Edwin Wagensveld, who has connections to far-right and neo-nazi groupings, was released after an hour and described his arrest as ‘childish’.

On Sunday two dead pigs were found dumped at one of the potential locations for a refugee centre.

Ede’s mayor Cees van der Knaap said the act was ‘a scandalous way to behave’. The pigs were spotted by a group of scouts, who reported their findings to the police.

Dead pigs and pigs’ heads have been left at several other refugee centre locations around the country.

Meanwhile, the mayors of two other small towns in Brabant wrote an open letter published in Monday’s Volkskrant newspaper calling for refugee centres to be smaller.

Boxtel mayor Mark Buijs (VVD) and Jan Hamming (PvdA) from Heusden say that keeping people in large groups and closed off from society for 20 months is asking for trouble.

‘We think the answer lies in small centres in which integration is a focus from the word go,’ they wrote. Centres with fewer people are not only more manageable, but will give refugees a face and reduce the stress on small communities, the two mayors argued.