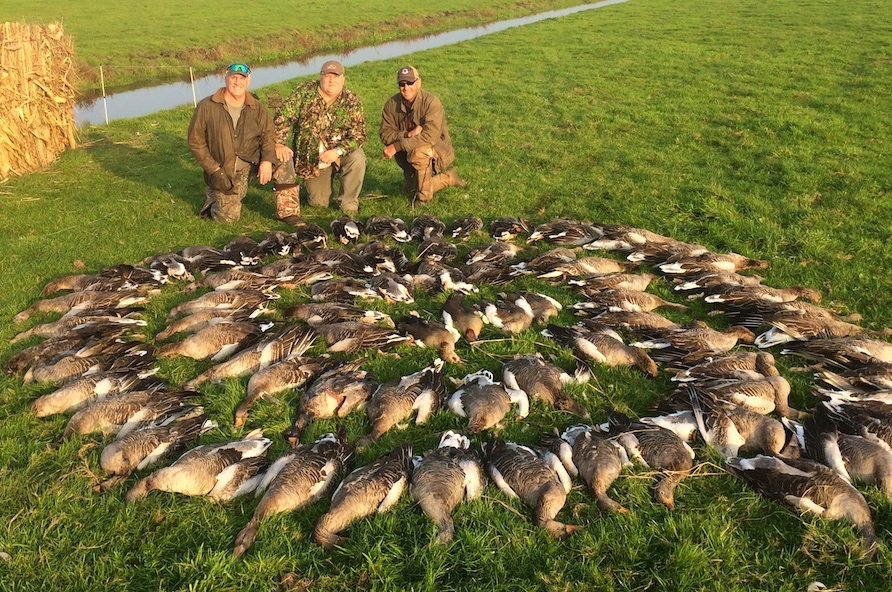 At the end of last year it emerged that an American company is offering specialised goose hunting trips to the Netherlands, describing them as ‘one of the world’s best hunting opportunities’.

Website GetDucks.com, says the Netherlands not only offers ‘liberal’ shooting for an ‘enviable collectors list of species’ but an ‘immersive tour of this beautiful country that hunters and non-hunters will each enjoy.’ According to the Leeuwarder Courant newspaper a five-day trip, including luxury bed and breakfast accommodation, costs $4,600.

While it is legal for foreigners to hunt in the Netherlands if they are the guest of someone with  a Dutch hunting licence, Van Dam said in answer to MPs’ questions that he rejects the idea of commercial duck hunts. So far, some 871 people have taken advantage of the legal option to shoot geese and ducks in the Netherlands.

Shooting ducks and geese is only acceptable if there is a concrete purpose such as removing a hazard to aircraft, he said. He is now in talks with hunting groups and provinces to tighten up the regulations.

In May, the European Commission gave the green light to pest controllers to gas hundreds of thousands of geese throughout the Netherlands. At present, geese can only be gassed within a 20 kilometre radius of Schiphol airport because of the threat the birds pose to aircraft.