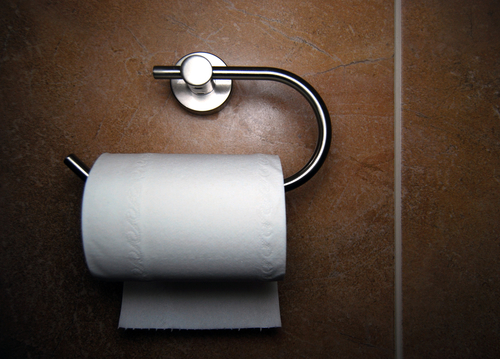 Almost €50,000 of Dutch taxpayers’ money is to be given to a private company which plans to make and distribute toilet rolls printed with arguments against the EU’s treaty with Ukraine.

The company, Raspoetin BV, is one of 72 organisations and private individuals who have so far been given subsidies by the referendum commission, which has €2m to spend. The referendum will take place on April 6.

According to the commission’s website, Raspoetin BV has been awarded €47,973 to ‘manufacture, transport and distribute toilet rolls printed with arguments against and the disadvantages of Ukraine’s admittance to the EU’. The toilet rolls will be distributed by students, the website states.

Raspoetin BV was formed in 2012 as a financial holding and as a provider of localised welfare work. Its owner, Ruben Marsman, told broadcaster Nos he is a ‘concerned citizen’ and is using the opportunity to make his voice heard.

‘Normally you get the chance to vote every four years,’ he said. ‘Now we have the opportunity to let our voices be heard in between times. That is a pretty unique happening in the Netherlands.’

The plan involves distributing 100,000 toilet rolls nationwide, Marsman said. ‘Most will be distributed at markets and the like. But we will also send some to important Dutch institutions.’

In total, 180 applications for subsidies have been submitted to the electoral council, of which seven have been rejected and 72 have been accepted. The rest are still under consideration. €50,000 is the maximum available grant.

Joshua Livestro of the ‘yes’ campaign said the grant to produce toilet rolls is ‘ridiculous’.

‘What the toilet paper issue makes clear is that the “no” campaign is not serious about the referendum they themselves asked for,’ he said on Twitter.

A spokesman for the referendum commission told the Telegraaf subsidies will be honoured ‘if they facilitate public debate about the referendum’.

Last week, two of the groups behind April’s referendum dropped their applications for government subsidies to fight the campaign.

Shockblog GeenStijl and campaign group GeenPeil say they have withdrawn their applications for cash because of the ‘legal pedantry’.

‘The subsidies were meant for well-meaning campaign initiatives but the legal pedantry is driving applicants to desperation,’ GeenStijl’s Bart Nijman said.