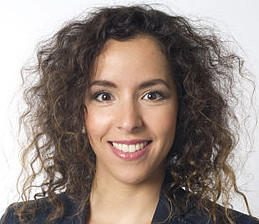 The D66 MP who made a surprise decision last month to stand down, saying she was going to work for Hilary Clinton, is actually one of hundreds of volunteers handing out leaflets, the Telegraaf says on Thursday.

Wassila Hachchi said at the time: ‘The decision to leave Dutch politics was due to a personal, positive choice to contribute to Clinton’s campaign and learn from international politics.’

However, the decision to quit also led to a lot of angry questions about her right to claim the special unemployment benefit for MPs, which is currently €6,800 a month.

Politicians are entitled to unemployment benefits of 80% of their salary for the first year, followed by 70% for 26 months. The benefit can also be paid if MPs quit, rather than lose their jobs.

One source told the Telegraaf Hachchi was among the thousands of people leafleting in support of Clinton in New Hampshire. The work is voluntary but there is an accommodation allowance, the paper says.

The paper says its efforts to contact Hachchi have failed and that no one from D66 has heard from her either.