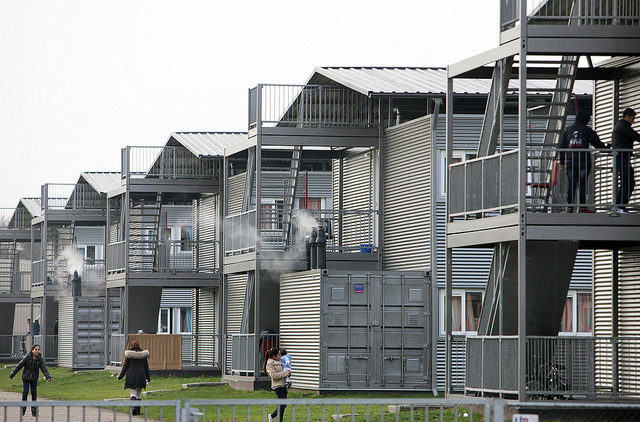 The Netherlands has one of the toughest refugee policies within Europe, the Volkskrant says on Thursday, based on a report by the justice ministry’s research department WODC.

Refugees are less likely to be given a residency permit in the Netherlands than in Germany, Belgium or Sweden, the paper says. It is the first time that differences in EU admittance procedures have been investigated.

‘The fear that the Netherlands is more relaxed than other countries is unfounded,’ researcher Arjen Leerkes told the paper.

The report shows that the Netherlands approved 70% of the refugee applications made in the first nine months of last year, compared with a EU average of 47%. In 2014, the figures were 67% to 45%.

But more refugees in the Netherlands come from countries where they are likely to be granted asylum, the WODC said. Last year, 32% of the refugees who came to Holland were from Syria, compared with 19% in the EU as a whole. And 91% of them go on to become official refugees.

Corrected for country of origin, just 35% of refugee requests in the Netherlands are honoured. Bulgaria is the most generous, with a 51% acceptance rate and Greece the toughest. Athens recognises just 24% of asylum seekers as refugees.

Junior justice minister Klaas Dijkhoff said in a reaction to the report he would like to see harmonisation of EU refugee procedures.