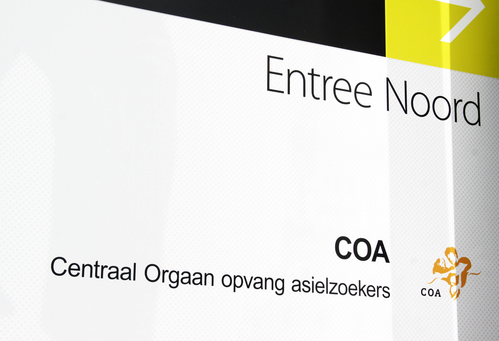 Officials at Dutch refugee centres dealt with two suicides, 312 suicide threats and 369 instances of self harm at the country’s centres last year, according to justice ministry figures.

In addition, they registered almost 2,400 cases of aggression, of which over half involved physical violence and over 5,000 cases of refugees breaking the centre’s rules – from smoking in unauthorised locations to making too much noise.

Police were also brought in to deal with 55 sexual assaults. Most of the assaults took place in asylum centres and involved only refugees. In one case, a Dutch man tried to abuse a refugee below the age of 18 and in a second a man ‘possibly from’ a refugee centre attempted to assault a Dutch woman, the report said.

In total, police dealt with4,460 incidents at refugee centres, ranging from lost ID cards to physical assault. In the Netherlands as a whole last year, around three million police reports were made.

Junior immigration minister Klaas Dijkhoff said: ‘I want to be transparent and everyone can see the figures. But I will not make comparisons with other places or groups. That will only go wrong.’

However, he said, every incident is one too much, ‘whether in my street or in a refugee centre’.

MPs welcomed the publication of the figures but gave widely different reactions. ‘It is incomprehensible that people who say they are fleeing violence undermine safety in the Netherlands and abuse our hospitality,’ said VVD parliamentarian Malik Azmani.

However, Labour MP Attje Kuiken pointed out that incidents are unavoidable when so many people are cooped up together. ‘However, people guilty of serious crimes, including sex crimes, should be punished and deported,’ she said.