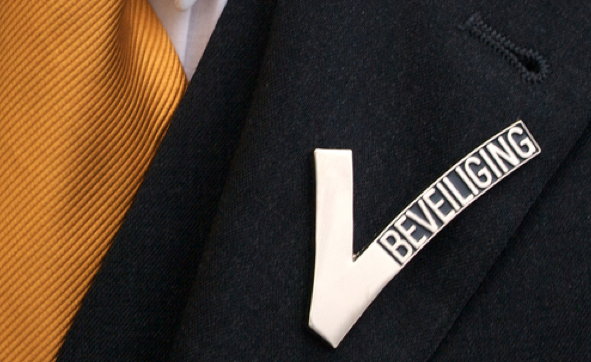 Private security guards are patrolling parts of The Hague this winter, dealing with issues which the police have no time to cover, the AD says on Friday.

Schilderswijk and Moerwijk are among the parts of the city where private security guards have been put to work. ‘They patrol the district, look out for suspicious goings on, give information about break-ins and robberies and ring on doorbells if necessary,’ the paper says.

Using the private guards means the police have a ‘much better picture of what is happening on the streets’, Nezar van Geffan of Hofland Security told the paper.

However, police unions and some political parties are unhappy about the use of private patrols. The move is further evidence that there are not enough police officers to do the job, ACP union chief Gerrit van der Kamp said.

‘We would appear to have more need for monitoring and control than the police can deal with,’ he said. ‘But ensuring public order and safety is maintained are jobs for the government.’

Money spent on private security initiatives should instead be directed to the police, Van der Kamp told the paper.

‘These are police jobs. Privatisation is going too far,’ said Andre Elissen, a local councillor for the anti-immigration PVV.

Local coalition party HSP is also unhappy about bringing in private firms for public security tasks. ‘It is extremely undesirable… police jobs should be done by the police, not subcontractors,’ said councillor Fatima Faid.

The city council told the paper the private security guards are operating in and close to shopping centres and cannot detain suspects. The project is part of an initiative known as the Donkere Dagen Offensief, aimed at reducing theft.