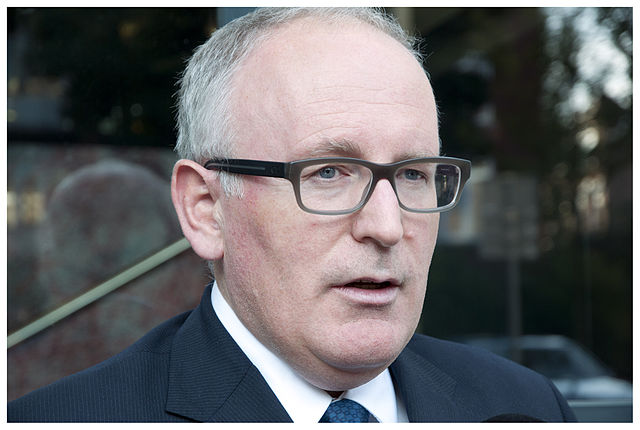 More than half the asylum seekers coming to Europe are not fleeing from war and northern Africans in particular are leaving their home countries for economic reasons, the Netherlands’ European Commissioner has told Nos.

Frans Timmermans, who is the commission’s first vice president, told the broadcaster in an interview: ‘More than half of the people now coming to Europe come from countries where you can assume they have no reason whatsoever to ask for refugee status. More than half, 60%.’

In the main they are people from Morocco and Tunisia who want to travel to Europe via Turkey, Nos quoted him as saying. Timmermans bases his claim on the latest figures from European border agency Frontex which have not yet been officially published.

Economic refugees should be returned as quickly as possible to make sure that support for people fleeing war is not damaged. If they could be sent back, it would make an enormous difference, the commissioner said.

Timmermans also said that there is no proof bringing back border controls will help ease the situation but that they will do substantial economic damage. Closing borders, he said, is an enormous risk.

On Monday, a number of European states asked the commission to prepare measures to allow them to prolong their newly-imposed border controls for up to two years.

Dutch junior immigration minister Klaas Dijkhoff told reporters after an informal meeting of EU home affairs ministers in Amsterdam that ‘the current, existing deadlines to stop are not long enough to have the crisis resolved and have the countries disband their measures,’ EU Observer reported.

Six member states, including Germany and Austria, have introduced border controls for up to six months.