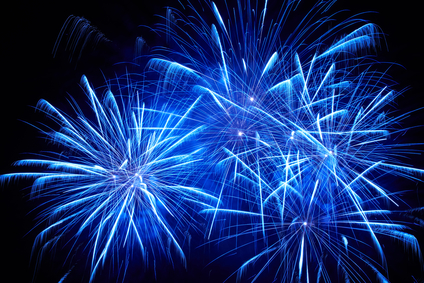 Some 17,000 complaints about fireworks had been made to the anti-firework hotline by Monday afternoon, just two days after it opened.

Most complaints so far have come from Rotterdam and The Hague, news agency ANP said. The hotline was established three years ago by 30 local branches of the left-wing green party GroenLinks and has the support of 16 medical organisations.

Under the Netherlands’ strict firework rules, fireworks may only be set off from 18.00 hours on December 31 until 02.00 on January 1. Sales are also tightly controlled.

Nevertheless, the restrictions are always widely flouted in the run up to the New Year festivities.

Dozens of Dutch towns and cities have introduced firework-free zones this year. The Parool on Monday published an online map showing all 47 areas in Amsterdam where fireworks are banned.

Meanwhile, the Council of State on Monday upheld Hilversum council’s decision to ban fireworks in parts of the city centre, despite legal appeals by several firework sellers. They wanted the ban lifted because of the potential impact on sales.

The Council of State, which is the Netherlands’ highest administrative court, said in a preliminary ruling that Hilversum’s mayor is in a legal position to ban fireworks in some areas and has not obligation to take the financial impact on retailers into account.

Despite mounting pressure on the government for a total ban on consumer firework sales, culture minister Jet Bussemaker says such a move is unnecessary.

‘We have to work this out together, not impose a ban from above,’ she was quoted as saying in the Parool. Every year, hundreds of people are injured and millions of euros of damage is caused to property in the New Year firework frenzy in the Netherlands.