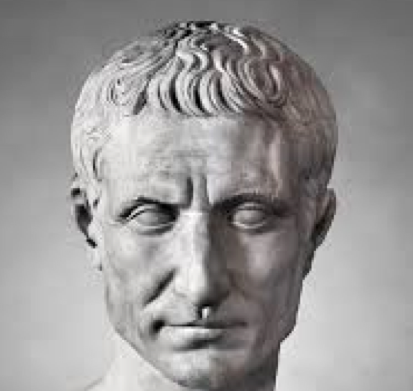 Dutch archaeologists claim they have proof Roman emperor Julius Caesar spent time in what is now present day the Netherlands, after finding remains of a battle site near Oss in Brabant.

They say they have found the location where Caesar fought against two German tribes in 55 BC and that this is the first battle field in the Netherlands.

Archaeologist Nico Roymans of Amsterdam’s VU University, says this is the first time the presence of Julius Caesar on Dutch soil has been proved. Until now, the site of the battle, which Caesar describes in his account of the Gallic wars, De Bello Gallico, was unknown.

The archaeologists used historical, archaeological and geo-chemical analysis to confirm their discovery after finding a large number of skeletons, swords, spearheads and one helmet over the past 30 years.

Carbon analysis dates the bones to the last century BC and that, combined with weapons, means the find can be dated to the right period, Roymans told television show DWDD.

The two German tribes came from an area east of the Rhine and asked Caesar for refuge. He refused and ordered his troops to massacre them in what academics say would now be labelled genocide.

Roymans will give more details of the find at a news conference on December 11 at the Allard Pierson Museum in Amsterdam.