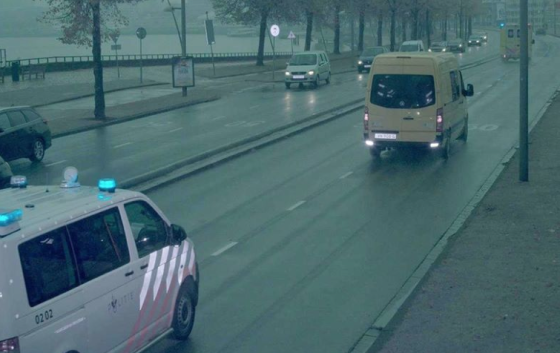 The public prosecution department has torn up a speeding ticket sent to a family who were taking their seriously handicapped daughter to hospital, accompanied by a police car and ambulance with sirens and flashing lights.

Officials had first refused to cancel the fine, arguing the interests of other road users were more important.

But after widespread protests on social media, officials have had a rethink. ‘The fine was the wrong decision,’ the Telegraaf quotes officials as saying.

Anouk Groenendijk has Pompe’s disease and is permanently attached to breathing apparatus. When she developed heart problems, her parents Dennis and Daniëlle Groenendijk called out the emergency services.

The ambulance staff and police decided it was better to move Anouk, 17, to hospital in the family’s own specially adapted minibus. During the trip from their home in Papendrecht to the Erasmus medical centre in Rotterdam, an ambulance with siren and flashing lights was in front, and a police car followed behind.

Nevertheless, the van, which was driven by an ambulance worker, was caught on camera travelling at 63 kph in a 50 kph zone. The €76 fine arrived a few days later.

‘The fine is completely idiotic,’ father Dennis told the Telegraaf. ‘You can clearly see on the photograph that we were being escorted, but the public prosecutor refused to accept our complaint.’