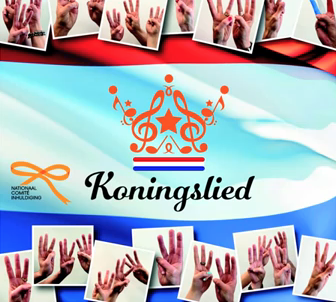 The makers of television chat show De Wereld Draait Door on Thursday described claims that the programme was paid to promote a song for the king’s inauguration as ‘total nonsense’.

‘DWDD was not paid to promote the song,’ the show’s editor Dieuwke Wynia told news agency ANP. Nor had news broadcaster Nos asked her to comment on the claims before going public, Wynia said.

The Dutch public broadcaster umbrella group NPO also said the claim is ‘incorrect’ and again accused the news channel of not checking its facts.

The Nos said earlier on Thursday that public radio station Radio 2 and evening chat show DWDD were paid to promote the controversial song which was written and performed for king Willem-Alexander’s inauguration in 2013.

The Nos based its claims on the agreement signed between the public broadcaster umbrella organisation NPO and the inauguration committee which it obtained using freedom of information legislation.

The documents show that the committee paid the NPO a maximum of €1,8750,000 for all the events around the inauguration, including the song, the children’s sports day and a party for the former queen Beatrix.

The Telegraaf reported this summer the song cost a total of €550,000. Of that, €150,000 went on the public broadcasters and a further €400,000 was spent on making the video, renting the studio, an app and other activities, the NPO told the Telegraaf at the time. The 51 artists who performed the song and composer John Ewbank were not paid.