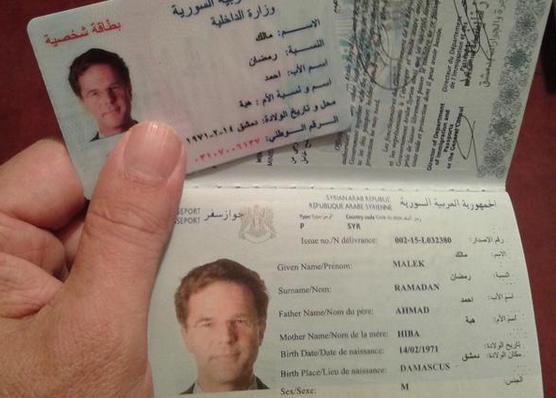 A Syria-based journalist for news magazine Nieuwe Revu has managed to obtain a forged Syrian passport and ID card with a photograph of prime minister Mark Rutte on it.

Harald Doornbos paid some €750 for the passport, which he was able to pick up from the forgers within 40 hours.

The fixer told Doornbos that he would be able to enter Cyprus with the passport, which was in the name of Malek Ramadan.

Doornbos said the aim of the exercise had not been to buy a forged passport featuring Rutte, but he had been asked to supply a name and photograph, so he opted for the prime minister.

‘If we are able to buy a good quality forged Syrian passport, so can Syria fighters… and jihadis,’ Doornbos said. ‘Then it is relatively simple for them to enter the EU unnoticed and commit terrorist attacks.’