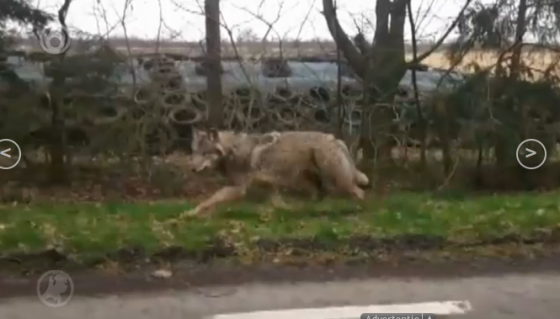 The wolf which caused a media stir in the Netherlands this March when it spent several days prowling around Drenthe and Groningen has been killed by a car in Germany, broadcaster Nos said.

The wolf was hit by a lorry on the A7 road near Berkhof in mid April and DNA research shows it is the same animal as attacked two sheep in the Netherlands in March, the broadcaster said.

The wolf spent several days on the prowl in the Netherlands and was the first to be officially recognised in the country since 1897. It was filmed several times close to roads and even walking through a housing estate, leading some experts to conclude it had been raised in captivity.

DNA tests on the dead sheep showed the Dutch wolf came from a pack known as Munster which lives near Hamburg and Bremen. The bites also showed the wolf was young and inexperienced in tackling large prey, Alterra, which is part of Wageningen University, said at the time.

In June 2014, a wolf was spotted in the Twente countryside by three separate eyewitnesses, according to local paper Twentsche Courant Tubantia. That wolf came from Germany and appeared to have gone back after a few hours.

A dead wolf was found in Flevoland in summer 2013 but research showed it had probably been dumped there.

In March 2014, the government announced the wolf will be a protected species when it returns to live in the Netherlands. This means farmers will receive compensation from a special fund if livestock are attacked and killed.