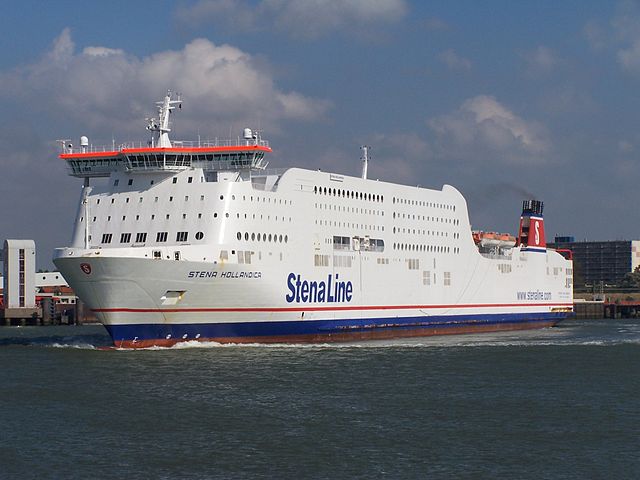 A group of 68 people, including two pregnant women and 15 children, have been found locked in cargo containers shipped into England from the Dutch port of Hoek van Holland.

Four Polish lorry drivers have been arrested on suspicion of smuggling illegal immigrants into Harwich on the Stena Hollandica ferry.

According to British press reports, the group was made up of 53 adults and 15 children included 35 from Afghanistan, 22 from China, 10 from Vietnam and one person from Russia.

Seven were taken to hospital in Essex after complaining of abdominal and chest pains caused by the cramped conditions.

According to the Daily Mail, ‘the route between Holland and Harwich is known as a ‘carousel system’ for immigrants who come to Britain, are deported back to the Netherlands and then try to sneak back again’.

A spokesman for ferry company Stena Line told broadcaster Nos the company operates the highest security standards. ‘We have occasionally been confronted with the odd illegal immigrant but nothing like this,’ the spokesman said.

According to the Volkskrant, last month 18 Afghans were found on a ferry from Hoek van Holland to Harwich and a Polish driver was then arrested for people smuggling.

Dutch military police also found nine Albanian nationals in a lorry in the port who were hoping to travel to England, the paper says. A Polish driver was also arrested in that incident.

Last December, the Dutch transport sector raised the alarm about the stowaway situation, claiming the wave of stowaways is moving north via Zeebrugge in Belgium to Hoek van Holland near Rotterdam.

Hundreds of economic migrants are camped out in the French port of Calais, hoping to get to Britain.

Drivers and companies face fines of over €2,500 per stowaway, and there is an increasing risk of accidents, TLN told the Volkskrant at the time.

Transport firms say they do all they can to prevent stowaways hiding in their vehicles and no longer stop within 150 kilometres of Calais.