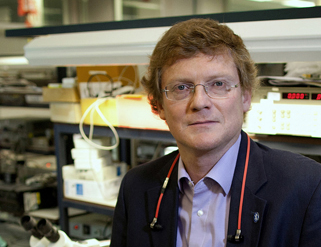 Dutch scientist Jaap Haartsen, who invented the wireless communication system Bluetooth, is being included in the National Inventors Hall of Fame in the US.

Haartsen, who now works for US company Plantronics in Emmen, is one of 12 people who will be inducted into the Hall of Fame in May. Previous inductees include Thomas Edison, the Wright brothers and Henry Ford.

Haartsen’s invention is used in over three billion gadgets worldwide and he is being recognised by the US because of the enormous impact his invention has had on society, the Volkskrant reported.

The Dutchman, who studied at Delft University of Technology, invented the technology while working for Ericsson in Sweden in 1994 and the patent is in his name.

He said in an interview with the Volkskrant that he had been asked by his bosses at Ericsson to develop something which allowed mobile phones to communicate with other equipment.

Haartsen told the paper that while he might have come up with the idea if he had been in the Netherlands at the time, he would not have been able to realise it because of the lack of risk-takers.

‘In the Netherlands, you have to put your house up as security if you want to take such a risk with your company,’ he said.

‘The way in which much research is done here is more like a beauty contest,’ he said. ‘The people with the prettiest stories get the money.’