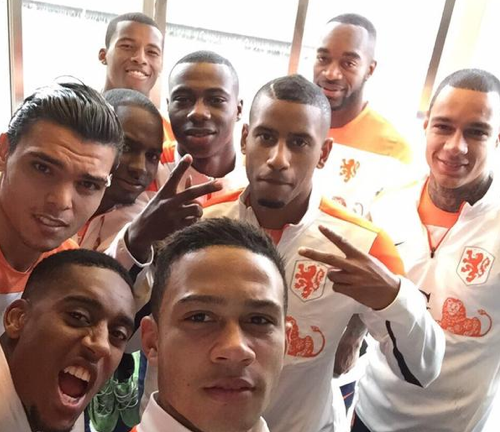 Three people who made racist comments about a selfie featuring Dutch football international Leroy Fer have been told they can avoid going to court by paying a €360 fine.

The three, who come from The Hague, Rotterdam and Breda, made the comments about the selfie, which includes eight other black internationals and was placed by Fer on Instagram.

The picture was later added to a Facebook football page where it attracted comments about apes, slaves and Zwarte Piet.

Dutch captain Robin van Persie said he is pleased those responsible will not get away with their actions. ‘We all represent the Dutch team and colour has nothing to do with it,’ he told news agency ANP. ‘It is not acceptable to the team or in society in general.’

Fer himself told ANP: ‘It is a clear signal to everyone that this sort of hurtful comment is not acceptable, either on the pitch or off it.’