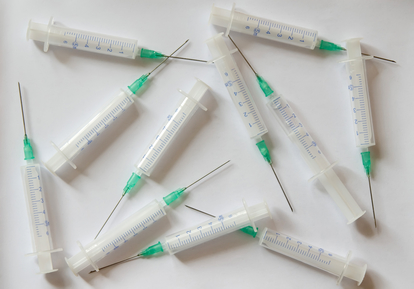 The vaccination of babies in some parts of the Netherlands was postponed on Tuesday because of fears about glue leaking from the needles.

Tv programme Eén Vandaag reported on Tuesday that needles made by the Terumo company could leak particles of glue which can end up in the bloodstream of anyone receiving an injection.

The needles are widely used in the Dutch healthcare system. The MMR vaccination programme for around 170,000 nine-month old babies and 180,000 nine-year-old children a year also uses the Terumo needles.

The public health institute RIVM sayes the Terumo needles should not be used pending a full investigation. This is expected to take several weeks.

In Amsterdam, the GGD council health service in Amsterdam said it has enough stock of other brands of needle, but in Zuid-Limburg vaccinations for babies and children were postponed because of a shortage.

The company itself has issued a statement saying the needles pose no health risks for patients. The programme was a ‘biased presentation of the fact, and thus incorrectly creates a sense of anxiety with patients,’ the statement said.