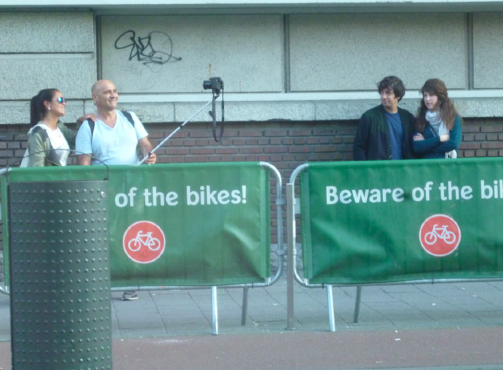 Amsterdam’s Hermitage and Stedelijk Museums have joined other museums abroad and banned the selfie stick from its exhibition halls, broadcaster Nos reports. The stick, which helps users to take pictures of themselves, has already been banned by many big museums worldwide, including Moma in New York.

Museum staff are concerned the stick could lead to damage to works of art and other valuable objects, the broadcaster says. ‘You are not allowed to bring in an umbrella and a selfie stick is of a similar size,’ a spokesman for the Hermitage said.

The ban has not been introduced in the Rijksmuseum, where officials say they have not had any problems.

The Ziggo Dome concert hall has also banned selfie sticks. ‘It might be becoming more popular to show people where you are, but we think you should enjoy the moment itself,’ the organisers said at the time.

‘And if the selfie stick spoils others from enjoying the concert, then you wreck the atmosphere.’