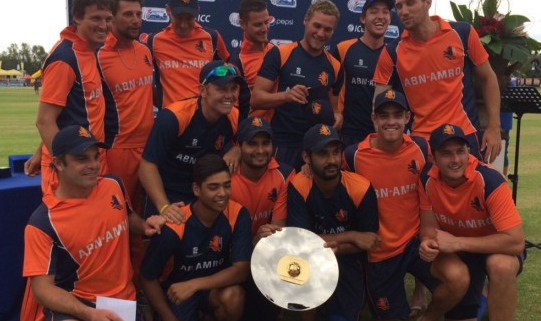 The future of Dutch national cricket appears to have been secured for the next three years after the team defeated hosts Namibia to win the final of the Pepsi ICC World Cricket League Division 2, broadcaster Nos says on Wednesday.

‘I’m very proud of my players,’ the Dutch side’s South African coach said on the squad’s return to the Netherlands. ‘It was an incredibly important tournament to win and the tension was immense… now we can play at a high level for the next three years.’

The squad can also now focus on trying to qualify for the 2019 World Cup, in which the Netherlands will play against sides such as Ireland, Scotland and Afghanistan for a place, Nos says. The World Cup takes place in England.