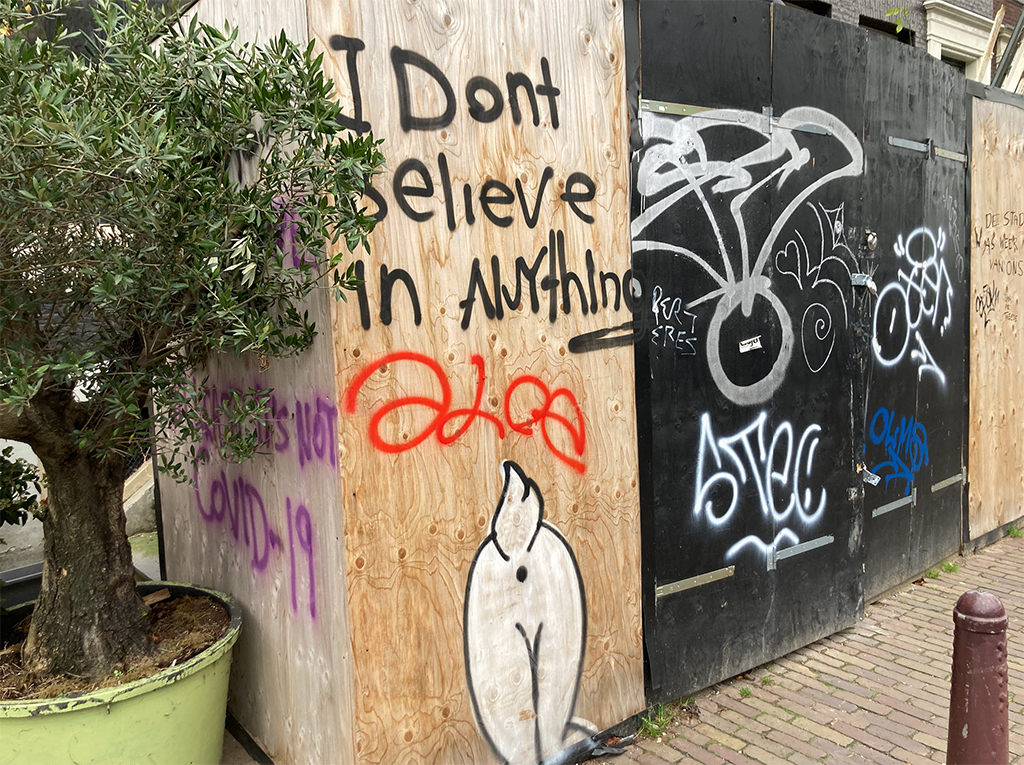 How to choose from so many parties? Photo: DutchNews.nl

Most of the national political parties also run in the local elections, but not all do. Here’s a quick guide to the 16 national parties you may find on your ballot paper.

BBB
Party leader: Carolien van der Plas
Farmer-Citizen Movement (BBB), led by former agriculture journalist Caroline van der Plas, was founded in 2019 and appeared on pollsters’ radar near the end of the national election election campaign in which Van der Plas won a seat. The party is fielding candidates in 19 areas through partnerships with other local parties including Haarlem and Amstelveen.
Website

BIJ1
Party leader: Sylvana Simons
Television presenter turned politician Sylvana Simons founded fledgling party BIJ1 after quitting Denk in 2017. Closely aligned with the Black Lives Matter movement, Simons was elected as a councillor in Amsterdam but resigned in November to focus on the national campaign, in which she won a seat. BIJ1 is contesting the election in Amsterdam, Rotterdam, Utrecht, Almere and Delft.
Website

CDA
Party leader: Wopke Hoekstra
The Christen Democratisch Appèl (Christian Democratic Appeal) was formed in 1980 through the merger of three other ‘confessional’ parties that spanned the historic Catholic-Protestant divide. The Bible is seen as a source of inspiration rather than a diktat. Politically, the CDA is viewed as middle of the road and socially conservative.
Website

ChristenUnie
Party leader: Gert-Jan Segers
The ChristenUnie is the mildest of the three Dutch Christian parties and sometimes described as left-wing because of its progressive socio-economic policies. However, Biblical principles are the basis of party policy and most of its votes come from the ‘Bible Belt’ region. The party often forms a joint slate in the local elections with the SGP.
Website

Denk
Party leader: Farid Azarkan
Denk, founded by two former Labour MPs with Turkish roots, calls for acceptance, rather than integration of minorities, and is extremely active on social media. Often at the centre of controversy, it has constantly been called on to condemn Turkey’s repressive government and labelled ‘the long arm of Ankara’ for its reluctance to do so. Denk is competing in 20, largely urban areas and won seats on 13 councils in 2018.
Website

D66
Party leader: Sigrid Kaag
Democraten 66 was formed in 1966 with the aim of reforming the Dutch democratic system. Describing itself as a progressive, socially liberal party, D66’s political fortunes have been a story of ups and downs but the party did extremely well at the last local elections. The party is big on education and the environment.
Website

Forum voor Democratie
Party leader: Thierry Baudet
Staunchly anti-immigration, FvD has drifted further towards the far right over the past year and opposed the coronavirus measures and vaccines. It has five MPs who have courted controversy in parliament by calling for tribunals for ‘coronavirus dictators’. The party hopes to win local council seats in 50 local authority areas.
Website

GroenLinks
Party leader: Jesse Klaver
GroenLinks (Green-Left) was officially formed in 1990 from a grouping of four smaller left-wing and green parties. The party’s core values are environmental sustainability and social justice, but it has a bit of a leftist intellectual image and has never been in government. GroenLinks is currently part of the coalitions in at least 100 towns and cities including Amsterdam, Eindhoven and Utrecht.
Website

PvdD
Party leader: Esther Ouwehand
The Partij voor de Dieren (Party for Animals) was founded in 2002 and claims to be the first mainstream political party in the world to put animal rights first. The party is fielding candidates in 29 towns and cities and currently has 33 councillors nationwide.
Website

PVV
Party leader: Geert Wilders
The Partij voor de Vrijheid (Freedom Party) was formed in 2006 by Geert Wilders after he broke away from the free-market, centre-right Liberals (VVD). Wilders has made a career of speaking out against the ‘Islamisation’ of the Netherlands and lives under armed guard after receiving death threats. The party is contesting the election in 31 towns and cities, but not Amsterdam.
Website

SGP
Party leader: Kees van der Staaij
The testimonial Staatkundig Gereformeerde Partij is the most orthodox of the fringe Christian parties. The party believes the country should be governed ‘entirely on the basis of the ordinances of God as revealed in the Holy Scriptures’ and does not think women should play an active role in politics. The SGP often forms a joint slate in the local elections with ChristenUnie.
Website

SP
Party leader: Lilian Marijnissen
The populist-left Socialistische Partij, with its logo of a tomato, broke into national politics in 1994 with the slogan ‘stem tegen, stem SP’ (Vote against, vote SP). The party is anti-EU, anti-globalisation, and pro the working man – similar to the PVV, but without the racism. The SP is part of several council coalitions, including in Amsterdam, where it rules with D66, the PvdA and GroenLinks.
Website

Volt
Party leader: Laurens Dassen
Young and pan European, Volt has 30 representatives across Europe and broke through into national government last year with three MPs, although now appears to be going the way of so many fledgling parties and breaking up. Volt is fielding candidates in 10 towns and cities and is poised to do particularly well in Amsterdam.
Website

VVD
Party leader: Mark Rutte (prime minister)
The Volkspartij voor Vrijheid en Democratie (People’s Party for Freedom and Democracy) is a tricky party to place outside the Dutch political sphere. Supportive of the free market as far as the economy is concerned, the party is traditionally liberal on social issues but has been driven to the right by the growth in popularity of the PVV.
Website 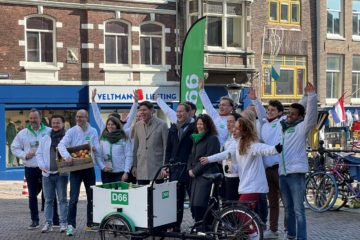 Utrecht: a race for the top in the green, cycling city 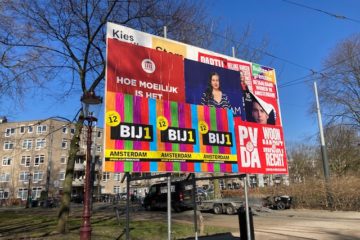 Amsterdam election: a neck and neck race between GroenLinks and D66 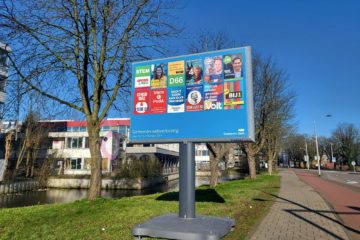 Delft - where housing is the talk of the town 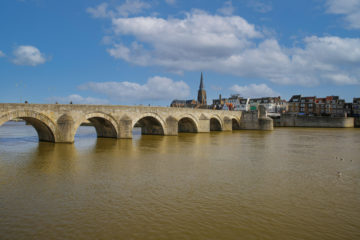 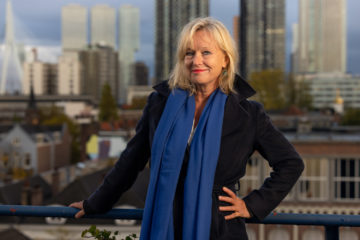 Rotterdam, a diverse city with a port and which packs a punch 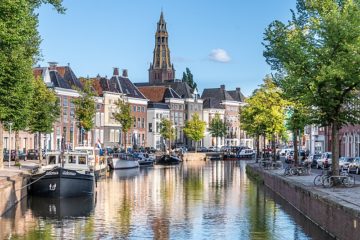 Groningen is a young city rebuilding for the future 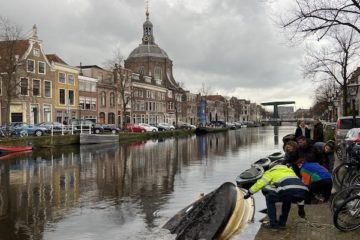 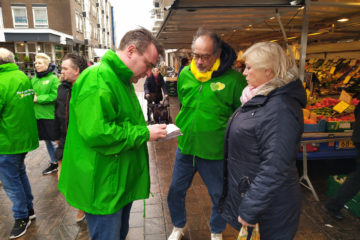 In The Hague, De Mos tops polls in a divided city 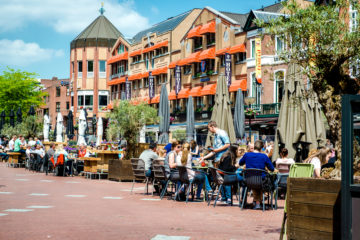