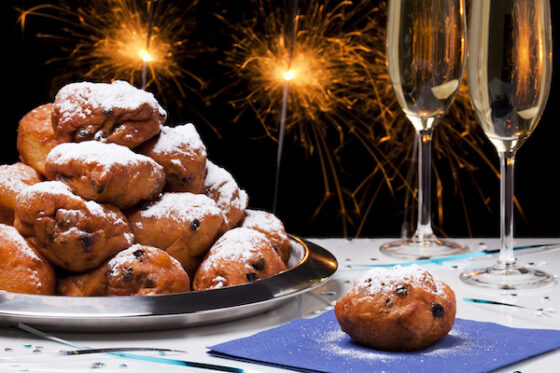 Sparklers have not yet been banned. Photo: Depositphotos.com

New Year’s Eve in the Netherlands is celebrated in a most untypically over-the-top  way. Here are 10 things you must do to fit right in.

1 Let off fireworks. If you live in one of the few places that have decided to ban fireworks this year, do not think you will escape the annual frenzy – because if the past two years are anything to go by, the ban will be ignored by just about everyone.

If you are a firework fan and you have not smuggled them in from Belgium or Eastern Europe months ago, you can only buy fireworks on December 29, 30 and 31 – and for some reason, garages seem to be popular licenced stockists. (Those tiddly little children’s fireworks you can buy in the supermarket are still allowed, everywhere).

Make sure you are not one of the hundreds of people to end up in hospital with firework injuries every year.

2 Watch a bonfire. The largest fires can be found on the shores of Scheveningen and Duindorp, where there is a fierce rivalry to build the tallest pile of wooden pallets.

In 2018, the Scheveningen fire, which towered 48 metres above the beach, sent clouds of cinders across the seaside resort, causing small fires and damaging dozens of cars and bikes and eventually causing the mayor to resign.

3 Listen to the final fifty or so entries in Radio 2’s Top2000 which, for some bizarre reason, is listened to by millions of people every year and won every year (almost) by Queen’s Bohemian Rhapsody. 2022 is no exception. 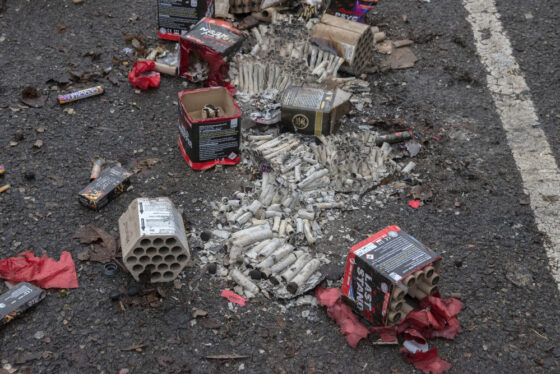 Leaving your dead fireworks for someone else to pick up is also tradition. Photo: Depositphotos.com

4 Watch whichever comedian is giving this year’s televised Oudejaarsconference – a long and winding monologue wrapping up the year.

5 Buy an oudejaarslot – a lottery ticket – in the hope of winning €38 million. You and 17 million other people.

7 Set fire to a car or two –  but only if you live in a Brabant or a Drenthe village where it is tradition, of course. Have running battles with the police and get arrested.

8 Other rural traditions include carbidschieten (or death by milk churn) which involves mixing carbide and water in a milk churn and blasting off the lid. 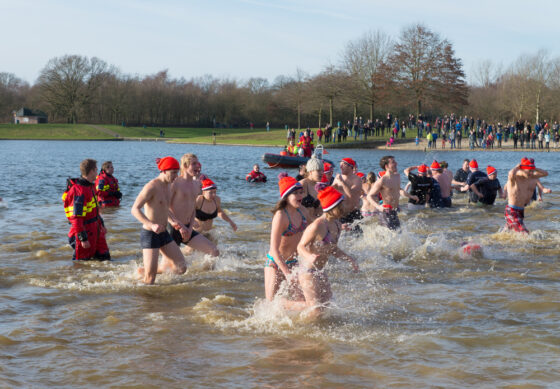 There are New Year swims all over the country. Photo: Depositphotos.com

9 Have a New Year’s Day swim in the sea – along with tens of thousands of others attempting to shake off their hangover.

Wear an orange hat advertising smoked sausage company Unox while having your swim. Beware, if you are a pretty girl in a bikini you may end up the Telegraaf newspaper’s new favourite front page pin-up.

10 Go back to work and spend the first few days of the year trying to avoid kissing all your colleagues. Luckily the coronavirus kissing ban excuse still works.