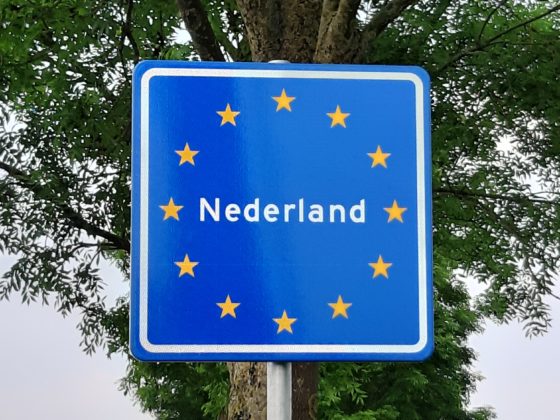 Our regular columnist Molly Quell has experienced some of that stereotypical Dutch directness lately and thinks that the Dutch are really onto something.

A few weeks ago, I leashed up my dog and made it mere steps from my front door before I ran into my next-door neighbor. He’s an older guy, retired now, and spends most of his time taking care of his grandkids and listening to André Hazes.

He clearly wants to ask me something. After briefly petting the dog, the man looks me straight in the face and – without saying so much as hello – asks ‘Hoe is het met jouw relatie?’

‘How is my relationship?’ I wonder. Does this guy know something I don’t?

‘It’s fine,’ I answer slowly, wondering where on earth this discussion is headed.

‘We haven’t seen your husband around for a while,’ he says.

My husband has been in Portugal for work for a few months and I guess they had picked up on his absence.

I reassured the man that everything was fine, he was just in Lisbon for the summer for work and would be back – as least as far as I was aware – in a few weeks.

‘Good to hear,” my neighbor said. Happy with my explanation, he went back inside and I took my now impatient dog for an afternoon stroll. I guess he was pleased the house next door wasn’t undergoing a divorce, or worse, a murder investigation.

In the United States, you wouldn’t get away with such cheek. If your neighbor’s husband went missing, you’d have to gently probe around the issue. ‘Haven’t seen Bob in some time, how’s he been?’ you might inquire. Across the Channel, you probably couldn’t even get away with that. You’d just wave awkwardly when you saw each other through the window and debate behind closed doors whether your neighbor had kicked the husband out or done him in.

Here in the Lowlands, it’s straight to the point. No beating around the bush, no hinting, no recon with the other neighbors. Just a direct question.

Internationals love to complain about the directness of the Dutch. For good reason. No one enjoys hearing that someone doesn’t want to come to your birthday party, thinks your new haircut is ugly or disagrees with your proposal for a new client.

Don’t get me wrong, the Dutch can be wildly rude, even by their own standards. And many a Dutch jerk has hidden behind the line of ‘I’m just being direct’ when called out, especially when reprimanded by an international.

In fact, when I posted about this on Twitter, some Dutch folks claimed that, even for the Dutch, the question was rude. Granted, the phrasing may have been a bit blunt, but I truly appreciated the approach.

I like this directness. I like not engaging in mealy-mouthed conversations. I prefer to not have games of telephone spreading rumors about my relationship. The man had a question and he asked it. The issue was clarified.

It is possible that I might feel differently if the answer was less wholesome. After all. there was no tea to spill, only an extended work trip. But I’m not sure I would. Is it less awkward to tell people you’re getting divorced if they hint around about it? The Dutch approach just rips off the Band-Aid.

As for the allegations that his inquiry was rude even for those born with a bike between their legs and raised under sea level, two more neighbors have stopped to ask me in a similar fashion.

This is just the culture.