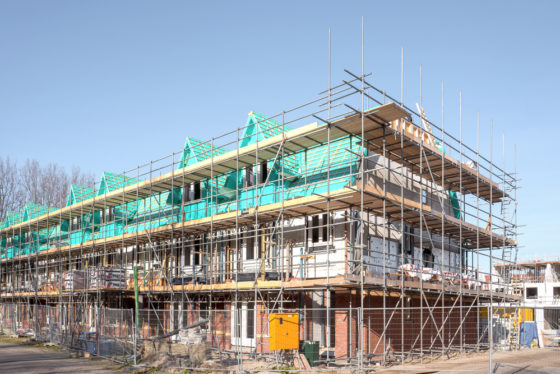 With interest rates and inflation rising, some people now expect house prices to start coming down and are adopting a wait and see attitude before they buy. But mortgage advisor José de Boer says there is no time like the present to take the plunge.

I am often asked at the moment if it is still the right time to buy a house, given that mortgage rates continue to rise and inflation is mounting too.

My answer is always the same. Interest rates may be rising, but they are still at a low level in historical terms, and supply is still tight. That means it still makes perfect sense to buy a property now – even if the market may not be as favourable as it was a year ago.

The rise has been partially driven by interest rates, which have fallen from around 12% for a 10-year fixed period in 1982, to around 3.5% today. Yes, 12%! It seems quite incredible now.

Nevertheless, the fact that interest rates have more than doubled since the start of the year is inevitably having an impact on the housing market. First time buyers, with no equity to shift to a new property, are being particularly hard hit because they have less financial room to manoeuvre. Wages are rising of course, but not as much as inflation.

There are some signs that house price rises may be slowing down, particularly for more expensive properties. Property is also on the market for slightly longer than it used to be. But is this enough to have a real impact on asking prices? And will the drop, if it comes, be significant and worth waiting for?

There I have my doubts. Yes, interest rates are rising but inflation is going up more quickly and that means house buyers are effectively better off if they buy now rather than later. When inflation is higher than interest rates, it is more attractive to borrow money – and what better way to do that than with a mortgage on a new home?

In fact, in the 1970s, when inflation was around 9% and the top tier tax rate was around 70% – yes, 70% – house prices soared. The increase only stopped when monetary policy was tightened up and interest rates rose sharply, while inflation faded away. The European Central Bank has announced it will put up interest rates by 0.25% in July, but the impact of that on the housing market remains to be seen.

An added problem today is, of course, the shortage of supply. The government may have all sorts of plans to stimulate the construction of new homes but with a time lag of at least two years from plan to market – there is not likely to be any significant improvement for a few years at least.

The government is also bringing in new rules covering rental housing – and pulling up the limit for rent controls to cover up to 90% of the rental market.

While protecting tenants against unscrupulous landlords is very much a good thing, developers and private landlords say they fear it will lead to a reduction in the number of homes to rent – and that means even more pressure on the owner occupier market.

In short, there is still every reason to buy a property now, if you can afford one. Yes, you might have gotten a better deal last year, and your overheads would be lower, but buying a home is a question of being in it for the long haul, not just for short-term gain.

If you would like to more about taking out a mortgage in the Netherlands, please contact De Boer Financial Consultants via email or phone 31 (0)20 664 55 78.