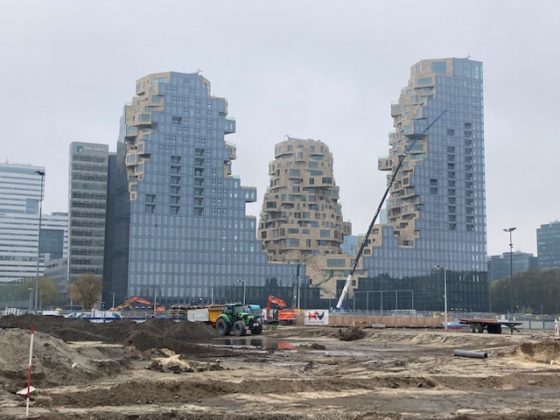 The government’s decision to reduce the role of property values in determining rents is a symbolic gesture which will not help tenants and will hurt individual landlords, says Jasper de Groot, director of rental housing platform Pararius.


In the Netherlands, housing rents – in the social housing sector – are determined by using a complicated system based on points. So a property gets points for having outside space, for having a modern kitchen and central heating, as well as its official value, known as the WOZ.

The government, in its wisdom, is planning to reduce the importance of the WOZ value in calculating rents from 100% to 33% from next year.

The aim of the measure is to maintain the level of affordable (social) housing in areas with high property values.  The thinking is that reducing the number of points will  prevent some social housing from moving up into the non rent-controlled sector, putting it out of reach of low income households.

But in Amsterdam, a city with a high average WOZ valuation, social housing already represents over 45% of the housing stock. That is far more than the national 33% average. Other cities which will also be affected by the WOZ cap show the same – a much larger than average share of social housing.

The WOZ plan means around 15,000 houses currently earmarked as non rent-controlled would revert to the social housing stock. This means the already small number of houses in the liberalised sector (some 7% nationally) would shrink even further.

And yet the call for more social housing continues unabated. Rents in the liberalised sector are considered  too high and waiting lists (which can be up to eight years or more for social housing) too long. But these are market sector effects: homes are scarce and demand is high and that means rents are pushed up.

It also means people who are currently renting a house in the social sector and whose income increases are still not able to afford to move on to a house in the liberalised sector.

That in turn means the bottleneck for people waiting for a social sector home is getting bigger and bigger.

The point is not that we need more social housing, it’s that there is a lack of non rent-controlled homes. A measure which increases the size of the social housing stock by reducing the liberalised sector is symbolic of the gesture politics with which this housing minister is approaching the housing problem.

The WOZ reduction is a short term measure which will increase the affordability of a very small part of the housing stock while at the same time creating an even bigger lack of housing in the future.

Investors will not build if the government changes the rules while the game is in progress. The solution lies in building more homes and a more balanced division of the housing stock.