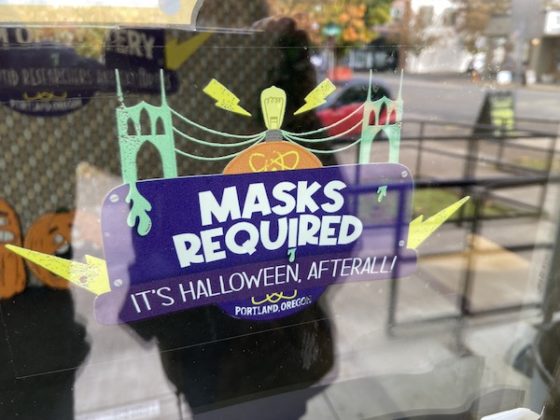 The pandemic has made international travel almost impossible, especially for those going further afield. A few weeks ago, Brandon Hartley returned to his hometown of Portland for the first time in over three years.

We were 35,000 feet over Greenland when a mask-less woman bumped into my ankles with her head.

This was one of the few scenarios my longtime partner and I hadn’t prepared for while planning our first trip back to Portland in over three years. Plotting how to deal with Covid-19 regulations was hard enough. On top of that, we were about to spend the better part of three weeks in one of America’s most infamous and supposedly dangerous cities.

During the first of two flights that would take us to Portland from Amsterdam, the woman and her husband had removed their masks for a meal and hadn’t put them back on. Despite this being a violation of at least one TSA regulation, the beleaguered flight crew had yet to confront them about it.

She did look like the type that wouldn’t hesitate to start howling like a banshee over a minor inconvenience. You’ve probably heard about all the incidents of air rage in recent months. It was safe to assume that nobody on board the plane wanted to make an unscheduled stopover in Kangerlussuaq if she and/or her husband started a brawl.

Manoeuvering through the maskless

‘Exhausted’ is how I would describe most folks we encountered during our time back in America. Much like here in the Netherlands, people are tired of having their lives upended by Covid-19 and perpetually changing regulations, but they’re especially tired of dealing with others unwilling to get vaccinated or follow even the simplest of rules that might finally bring this crisis to a close.

The mask-less woman spent around five minutes crawling up and down the aisle on her hands and knees in search of a misplaced sandal that she’d dropped beside the seat in front of hers.

Like myself and the flight crew, the other passengers opted to ignore her. This seemed to be the unspoken policy for how to handle people still resistant to regulations after twenty months of living in the middle of a global pandemic: just pretend they aren’t there. 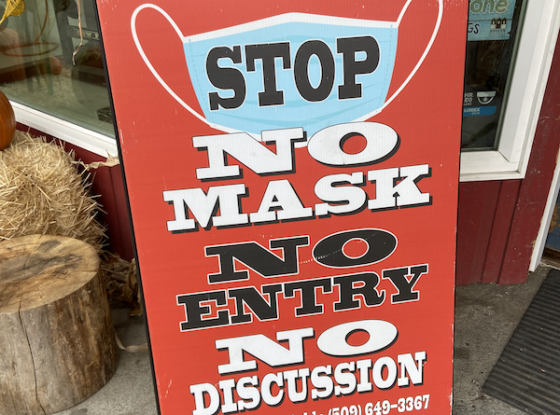 America doesn’t have wide sweeping national policies for social-distancing, face masks, and other Covid-related matters like the ones you’ll find in the Netherlands. These regulations have been largely left up to each state, city, and sometimes even individual businesses to sort out. In places where there are rules, it’s often up to weary-eyed waitresses and embittered store clerks to enforce them, many of whom are quite understandably quitting their jobs in droves.

‘Wait, you’re from the Netherlands?’

During the trip, we spent time in several communities both rural and metropolitan in Oregon and Washington. People in Portland, one of the country’s most liberal cities, were largely more than willing to follow rules posted on the front doors of various businesses. Families all in masks on the sidewalks and even people wearing them in their own cars were common sights.

Many cafes were takeout only or had makeshift terraces with a few tables occupying streetside parking spots. By the end of the trip, we were feeling brave enough to visit a few bars and theatres with strict Covid policies. The staff were mostly perplexed by our CoronaCheck app and yellow vaccine booklets. One waitress burst out laughing after being presented with them.

‘Well, this is a first,’ she said. ‘You say you’re from the Netherlands but you’re in Portland of all places? Your story is too weird for this stuff to be fake. Come on in.’

Meanwhile, in the middle of nowhere

It was a different story in the conservative communities we visited, but not entirely. We spent a weekday afternoon in Roslyn, Washington. It’s a small town best known for ‘playing’ the part of Cicely, Alaska on the ‘90s television show Northern Exposure. A stern sign outside a local market read: ‘Stop! No Mask, No Entry, No Discussion!’

Another one on the door of a closed cafe down the street pleaded with customers to not yell at the staff about their own Covid policies. We made the foolhardy decision to eat a quick lunch in a nearby tavern. We were apparently the only people in the place who had brought along masks.

The scene at a Mexican restaurant the night prior in the little town of Carnation was different. We had the place to ourselves after another couple finished their meal, but we were soon joined by a group of teenagers who looked like they were all members of their high-school’s track and field team.

I let out an audible groan as they were seated at a table near ours. My fears were abated when one shifted the conversation to the flu shot he’d gotten that afternoon. They spent the next several minutes discussing when they’d all received their Covid-19 vaccinations. 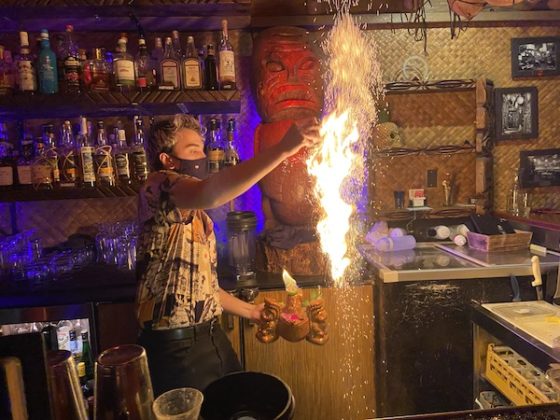 We stopped for drinks at a small country store outside of Roslyn as we began the long drive back to Portland. As I searched for a Gatorade, a large Ford truck pulled up outside. The driver jumped out and went to the counter to buy cigarettes.

After the clerk told him to put a mask on, he quickly grabbed one out of his shirt pocket. ‘Sorry, I guess I didn’t see your sign,’ he said with a sneer and a condescending chuckle. He ripped it off halfway through the store after buying a few packs of Marlboros and slammed the door on the way out.

I’m thankful to report this is the worst behaviour I witnessed during the trip. I’ve seen far more worrisome incidents in the perpetually crowded streets and businesses of Leiden.

I’ve watched unvaccinated patrons loudly arguing with waitresses at the terraces, many of which all had their tables within mere inches of one another all summer.

Many university student houses have been throwing loud parties for weeks with their front windows obscured by garbage bags or tin foil to deter authority figures and nosey neighbours. Outright defying governmental regulations seems to have become a sport for plenty of folks around here.

The pandemic only compounded the emotions and stress that many people experience when they leave the Netherlands to visit friends and family ‘back home.’ You’re confronted by everything from continual reminders of the passage of time to somehow still simmering resentment over an incident that happened at a Christmas dinner over a decade ago. 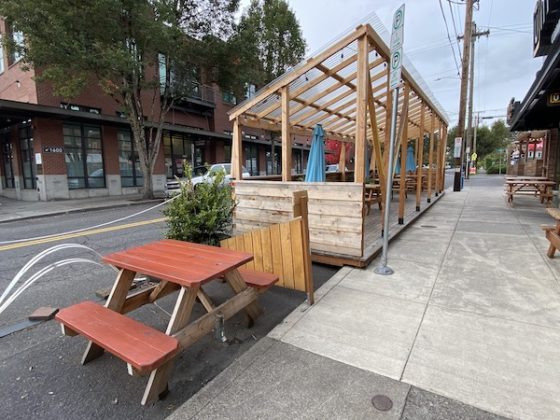 Parents grow older, the once cheerful kids of friends have somehow turned into sullen teenagers who barely look up from their phones, and nobody has time to catch up at the local pub where you all once hung out for five hour drinking sessions back in your 20s.

Many who find themselves on these trips would agree that they aren’t what you would call a vacation, especially when you find yourself having to continually remind your father to use a face mask or spending hours trying to find a cafe with plenty of outdoor seating and a menu everybody can agree on.

America vs. the Netherlands

If someone asked me if America, or at least Oregon, is handling the seemingly never-ending pandemic better than the Netherlands, I’m not sure if I could offer an apt response.

As of right this minute in November of 2021? Possibly, maybe, but who knows what the winter will bring. My parents and sister have already received their booster shots. The last time I checked, my partner and I *might* be able to get ours sometime next spring. Unlike here, Oregon also isn’t currently enduring skyrocketing caseloads.

Nevertheless, I’m happy to be back in the Netherlands, if only for a single reason: I’m unlikely to encounter the phrase ‘LET’S GO, BRANDON!’ for the remainder of the Biden adminstration.