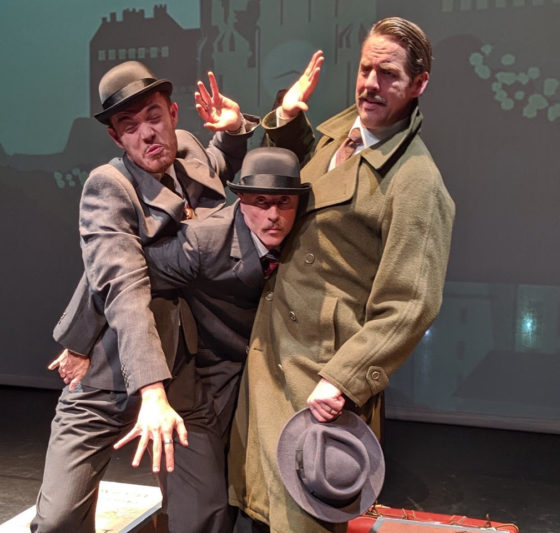 39 Steps returns to the CC Amstel in November. Photo: QETC

With theatres open again after the long hiatus, it’s a great time to be richly entertained while giving the sector some much-needed support. For productions in English, look for the ‘language no problem’ label at Dutch theatres or check the agendas of the many English-language theatre companies dotted around the Randstad.

QETC has brought two decades of high quality English-language theatre to the capital with a company of native English speaking, professionally trained actors. Productions include works by iconic writers such as Alan Bennett and Oscar Wilde, alongside a smattering of musicals. In November, we’ll be treated to a spot of slapstick when the comedy thriller The 39 Steps returns the CC Amstel in the Pijp.

The production choices of Inplayers, the capital’s longest-standing English-Language theatre group, are as diverse as the international company, from musical theatre and panto to more serious pieces such as The Elephant Man. Next up it’s comedy with The Virtuous Burglar and Silver Wedding serving up a double helping of farce at the Polanentheater in the Sparndammerbuurt.

AA’s pre-pandemic performance of The God of Carnage was a slickly performed comedy revealing the fragility of middle class manners. Uncovering the cracks in some more relationships is Everyone is Welcome, a romantic comedy about couples therapy that the team have written themselves. The show will premiere in autumn 2022 at Perdu in central Amsterdam. 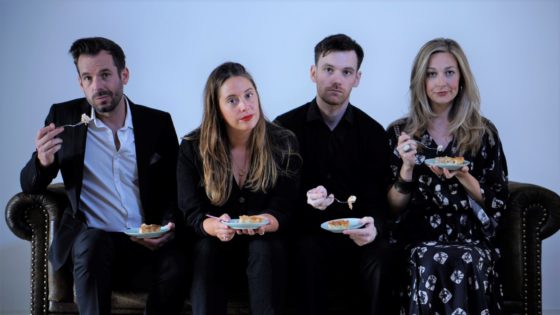 Happily Ever After Productions

A newcomer to the scene, this musical theatre group has been bringing big, belting harmonies to small theatre spaces since 2020. Founded by Sara from the US and Dominika from Poland to address the shortage of English-language musical theatre in Amsterdam, the international company stages around three shows a year. Previous productions include the Little Shop of Horrors, where a live band and 14 cast members filled the stage. With Avenue Q in February 2022, the team will push the boundaries even further when a cast of puppets will join in the fun.

Downstage Left has been introducing Amsterdam audiences to contemporary works by local and international writers since 2017. For a taste of their work, watch their online performances recorded during lockdown or go along to their next production, David Auburn’s award-winning drama Proof, which launches on 30 November at the Nieuwe Anita theatre.

From a new play about Brexit penned by the company’s own members, to well-known hits such as Art, the Orange Theatre Company continues to surprise its typically half-Dutch, half-international audiences. There’s a move into musical theatre next on the agenda when poignant love story The Last Five Years premieres in December at Het Amsterdams Theaterhuis. 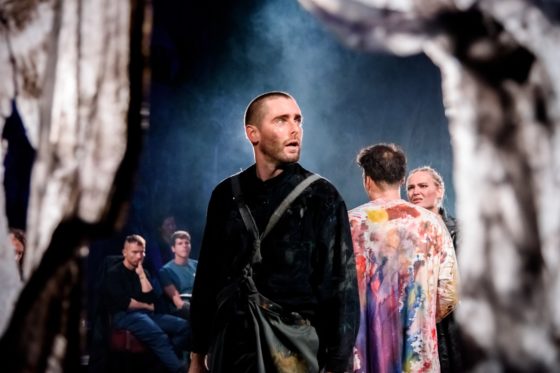 This former bath house in Amsterdam Oost, with its lively agenda of cultural offerings – often in English – celebrates its centenary later this year. English-language amateur theatre at the venue have ranged from British comedy classics such as ‘Allo ‘Allo! and Blackadder to a staged rendition of Dylan Thomas’s radio play Under Milk Wood. One man Shakespeare spoofs and improvisation evenings add to the mix.

Strike Me Pink Productions are one of the newest arrivals to Amsterdam’s LGBTQIA+ cultural scene and will be performing works addressing aspects of queer life. Their first play, Peanut Pie – a Queer Tragicomedy, written by founder Ralph Remers, explores the psychological effect of the closeted love between two men in 1940’s London. Peanut Pie opens at Het Amsterdams Theaterhuis in May 2022.

Taking its name from the melting pot of different people, art styles and disciplines that make up the company, this brand new musical theatre group places inclusivity and diversity at the heart of their mission. Musical comedy Disenchanted comes to Amsterdam West in March 2022 with fairy tale princesses retelling their stories on their own terms, while Pippin in June will envelop audiences in an immersive circus experience. 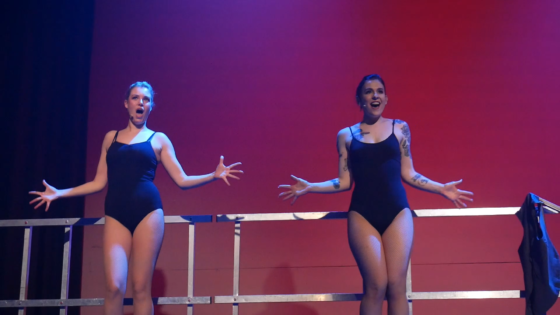 The Cauldron’s The broad end of west way (2021) was an energetic omnibus of nine different stage shows. Photo: The Cauldron

STET organises a programme of performances in The Hague by professional English-language theatre artists from around the world. Emerging and established acts are selected with inclusivity and diversity in mind and most shows are accompanied by a Dutch sign language interpreter. There are productions for children, an annual dose of Shakespeare, and original contemporary pieces such as the forthcoming Burgerz, a critically acclaimed exploration of transphobia by Travis Alablanza.

You don’t have to go to the UK for a traditional British pantomime as the AATG pile a huge cast onto the stage each year for a jolly retelling of a well known fairy tale. In 2022 it will be Sleeping Beauty at the Warenar in Wassenaar. One act-plays, musical sketches and Shakespearean dramas also feature on the scheduling of this amateur theatre group which dates back to the 1960s.

Originally founded to give university freshers in Leiden a taste of English theatre, LET still has a youthful feel with a cast of students, graduates and young professionals taking to the stage. Previous productions include Dracula, The Great Gatsby, and an adaptation of Orwell’s 1984, interspersed with a bit of Shakespeare. Tickets for Peter Shaffer’s moving drama Equus and Agatha Christie’s whodunnit And Then There Were None go on sale soon. 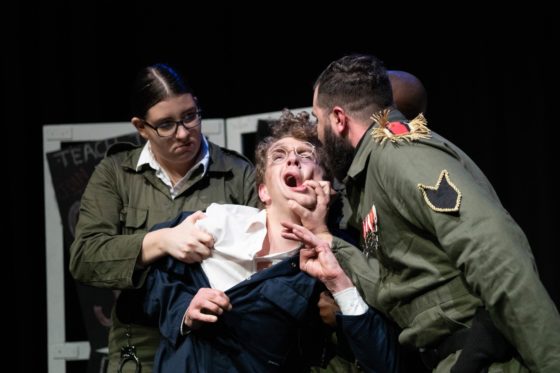 An offshoot of LET, where the founders first trod the boards as students, REST has been treating Rotterdam audiences to English-language theatre for almost a decade. Comedies and thrillers make up most of the billing, with a focus on intense situations rather than elaborate costumes and sets. Murder Mystery The Retreat opens at Theater ‘t Kapelletje on 12 November.

When the curtain came down on a popular production of A Midsummer Night’s Dream in Utrecht in 2017, the international players couldn’t bear to be parted and founded ETU, an amateur theatre company based in Utrecht. With Shakespeare under the belt, the company have continued to make ambitious production choices, such as an adaptation of Jane Austin’s Pride and Prejudice which ran in 2018, and One Flew Over the Cuckoo’s Nest, an intense exploration of psychiatric confinement, which opens in Vleuten in February 2022.