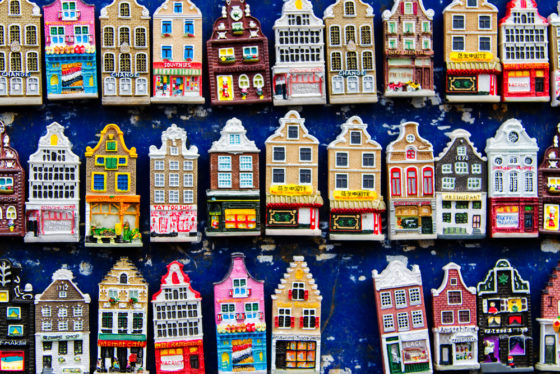 Judging by several recent articles, the Dutch press seem to be surprised that international workers are actually buying property in the Netherlands. But the reasons are obvious, says José de Boer from De Boer Financial Consultants.

This summer the main Dutch financial newspaper ran an article highlighting the fact that expats are increasingly likely to buy a house in the Netherlands, rather pay the high rents so common in Amsterdam and the other big cities.

The experts interviewed for the piece expressed surprise at this ‘new trend’ which to any expat or anyone who works with international employees, is not a new trend at all. I’ve been helping expats to take out mortgages for over 10 years and it has always been clear to me that buying a place is more cost effective than renting, even if you are only going to be in the Netherlands for a few years.

There are several reasons why this is the case, not least of which are the high rents which landlords seem to think that all expats can afford. Research by the International Community Advisory Platform at the end of last year showed that 40% of expat tenants would like to buy a property and half say it would be cheaper than renting.

There are many other reasons to buy a home as well as high rents. For a start, in the Netherlands you can get a mortgage of up to 100% of the price of the property, which is higher than in many other countries. And this means international workers, who often have considerable savings aside, are well placed to borrow all that they need.

International workers also tend to be high earners – although not all are by any means – and the image of the wealthy expat enjoying tax breaks and employer subsidised housing is in dire need of an overhaul. According to the ICAP research, just 6% of Amsterdam’s expats receive any help from their employer with paying for housing after they have been here for a few months.

Nevertheless, as well as having good salaries, some expats are also able to benefit from the 30% ruling, which means they will have more disposable cash to invest in their dream home.

Interest rates are extremely low, and this too is keeping down repayments. A mortgage of around €600,000 would cost around € 2,000 a month – which compares extremely well to Amsterdam, where €2,500 a month for a two-bedroom flat is the norm.

And then, of course, there is the shortage of supply, which means internationals who may move on after a few years have no need to worry about selling their house again either.

Of course, all this may change at some point. Interest rates could go up and the current housing bubble may burst, for example. During the 2008 financial crisis and its aftermath, house prices plunged.

But the bottom line is that the Netherlands does not have enough houses – according to some estimates, there is a current shortfall of 300,000 – and that position is unlikely to change in the near future.  And since the 1950s the average house price has doubled every 20 years (although that is no guarantee for the future of course!)

As I’ve said before, we don’t know when house prices will go down. All we know is that they will. But it is equally certain that prices will go up again, and all home owners need to do is sit it out.

And what about if you leave the Netherlands? Will you have to sell up and move on? Not necessarily. You could always keep the property and become a landlord yourself. Just remember that your prospective tenants are likely to want to become home owners themselves, sooner rather than later.

If you would like to more about taking out a mortgage in the Netherlands, please contact De Boer Financial Consultants via email or phone 31 (0)20 664 55 78.