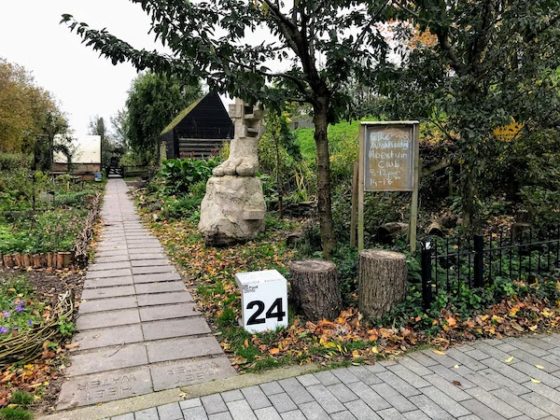 This park is on top of a shopping centre. Photo: James Herbert

How do you create more space in one of the most densely populated countries in the world? Easy, you put things on top of other things, and then you put those things on top of more things. For example, a kilometre-long park, on top of a shopping centre, on top of a dyke. Maybe it is easier said than done, but that didn’t stop Rotterdam from creating the Dakpark, Europe’s biggest rooftop park.

It is a windy autumn day in Rotterdam’s Dakpark. A small flock of sheep are grazing by the fruit trees while a group of lycra-clad exercise enthusiasts are being put through their paces on the steps nearby.

Most of the vegetables have been harvested from the allotments, but as you walk up the slope and into the wind the smell of fresh herbs wafts over you, their scent amplified by the recent rainfall.

Squinting into the prevailing westerly you realise you’re at the boundary between city and port. Behind you there are houses, schools, and cafés; in front of you, harbours, warehouses, and cranes.

Before you lies a harbour, and in that harbour lies an ocean-going ship. The sudden transition from city to water lends the scene a slightly surreal feeling, the vessel looking out of place as it looms over the buildings on the quayside. 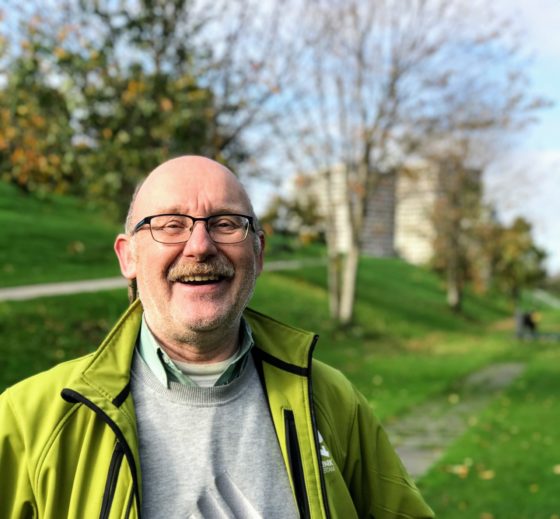 Regular volunteer Dick looks up from his weeding. He says he likes to help out at the park because ‘you get a real mix of people coming along from all sorts of backgrounds and nobody should be a stranger in this part of town’.

More than half of the world’s population lives in urban areas. In Europe, it is nearly three quarters, and in the Netherlands, over 90%. Therefore, the way we design these urban areas has huge implications.

A big part of this is our need for green spaces. They cool our cities, they keep us healthy, and they help prevent flooding. Both figuratively and literally, they help our cities breathe.

But we also need places to shop, to work, to park our cars, and to build our homes. Finding room for all of this only gets more complicated when you’re building in a place like Rotterdam, 90% of which lies below sea level. In places such as this, you also need to figure out where to put your dykes.

This is the problem Rotterdam’s Dakpark solves. You build a park on a roof (hence the name: ‘dak’ is Dutch for ‘roof’), then you build shops under it, then you also build a car park under it, and finally, you integrate all this with a dyke.

A clash of priorities

The story behind the Dakpark begins with fruit. Before the Dakpark was the Dakpark, it was a railway yard servicing the nearby fruit port where ships would dock and unload their cargoes of bananas and pineapple. The surrounding area was characterised by heavy industry, crime, and low-income housing. There were very few shops and zero green spaces. Naturally, the residents weren’t thrilled with the state of their neighbourhood.

So when it came to light in 1998 that the yard was no longer needed, local activists seized the opportunity and started lobbying the council for the creation of a new park. However, the owners of the station, the port authority, also had plans. They wanted to build offices. 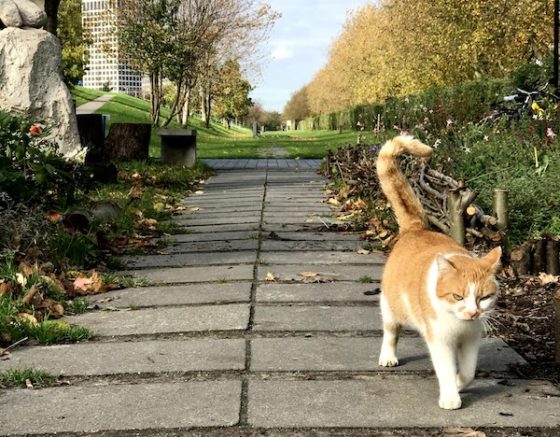 The council faced a dilemma. On the one hand, residents were unhappy with their unattractive surroundings. On the other, the port authority, a major economic force in the area, wanted to create new offices. It’s a classic conundrum: how do you balance social needs with economic needs?

The solution was almost childishly simplistic: why not just put a park on top of an office building? A feasibility study was done and the council gave the project the green-light. But only on the condition that residents would be heavily involved.

In the end, the offices were swapped out for shops, but at least the city had the basic form of its solution.

A park is born

There was, inevitably, squabbling between various interest groups and a lot of feedback and design sessions.

The council’s requirement that residents must be heavily involved made the Dakpark an interesting example of participative urban development. Anke Martins, a trainee at the government agency responsible for implementing public works and water management, wrote a thesis on the process.

The residents had strong opinions and they weren’t shy of sharing them. As one resident told Anke, ‘It wasn’t a case of, “may we please take part”, it was a fist on the table and, “we demand ownership of this area”’.

In the end, it took nearly a decade to get from the initial idea of having a rooftop park to the approval of a detailed plan in 2008. In 2009, the builders hammered the first pile into the ground. In 2013, the first small section of the park opened. Finally, in 2014, some 15 years after the project began, the roof was fully opened. 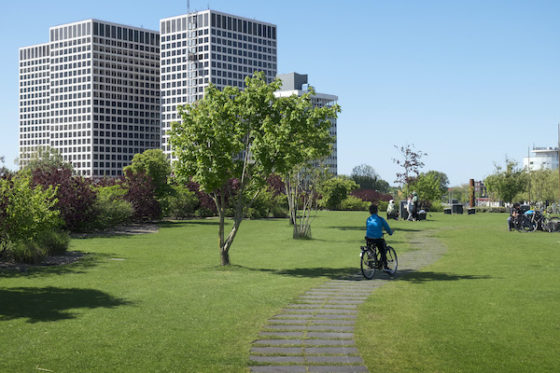 The result? Europe’s biggest rooftop park. A park that is 1,200 metres long by 85 metres wide, but that also contains a shopping centre, hundreds of car parking spaces, and a dyke that helps protect the entire Randstad region.

The park also has a community foundation that coordinates a variety of programmes. From parent-child vegetable clubs, to projects for people with poor job prospects, to a Saturday morning maintenance group that brings together born-and-bred Rotterdammers with architects from South Africa over a shared appreciation of weeding.

Such is the Dakpark’s success, it has persuaded the city to consult more with neighbourhoods and to set aside additional money for community-initiated projects to make sure they receive the support they need.

The foundation’s chair, Loes van der Linden, likens the foundation to a sedum plant. ‘If it’s treated harshly or been trampled on it’s vulnerable, but thanks to its widely spread roots and its little diverse flowers it will survive and thrive,’ she says.

Lorenzo, the volunteer who cares for the flock of sheep, has been involved in the park ever since moving to the area in 2016. ‘Whenever I go to the local supermarket I bump into people I know from the Dakpark,’ he says. ‘It helped me learn Dutch and gave me a real sense of place.’