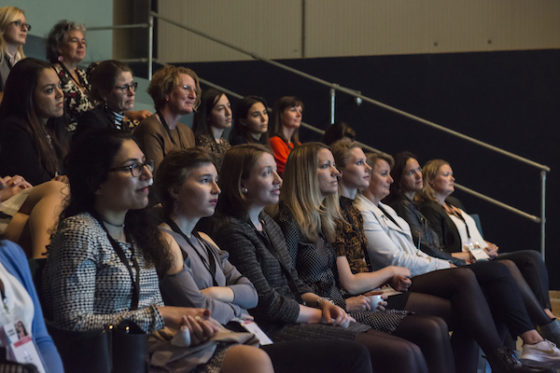 When a spouse accepts a job in the Netherlands, their accompanying partner often has no intention of abandoning their own career aspirations. But as a newcomer, finding a job can be challenging. Deborah Nicholls-Lee reports on the frustrations of this overlooked talent pool.

‘The most common misconception about expat spouses is that they don’t want to work,’ says Kavitha Varathan (37), the founder and CEO of Expat Spouses Initiative (ESI), a social enterprise in Eindhoven, supported by the municipality, that helps accompanying partners access the Dutch labour market. Yet finding a position continues to be a challenge for many newcomers, despite their high level of education and training.

In a recent survey undertaken by ICAP, almost half of all accompanying partners were unemployed and the majority of these were actively seeking work. For about 80% of those with jobs, finding work took longer than three months and, for around one in eight spouses, over a year. A fifth of all respondents were men.

People think this group do not need the money or that volunteering is enough for them, explains Varathan, but for most it is not a choice. ‘It’s killing what you’ve worked so hard all your life to build – your personality and your identity.’

Spouses, she says, find their confidence plummets, and this can take a toll on their mental health. In fact, when she polled the ESI community’s 1800 members, the biggest issue that emerged was the impact joblessness had on the spouse’s personal life, starting with their relationship with their partner.

Many spouses here have been surprised how hard it can be to find work. Seeking an English-speaking base with a broad choice of international companies and a healthy work-life balance, Jeff Johns (35) from the US moved to Amsterdam in January 2019 with his French wife Anne, a content marketer. After over 200 applications for media and creative production roles and almost a year of hunting, he finally found work.

He describes recruiters’ reluctance to meet in person as ‘really frustrating’. ‘The entire process has been much more of a struggle than I ever imagined,’ says Johns, who knew that if he could make connections in person, he could avoid the endless online rejections. He was right: the first time he was invited for interview, he was offered the job.

American expat Kay Gerken (58) was surprised to discover that her former job as swimming coach barely existed as paid work in the Netherlands and, as a result, she is now working in the voluntary sector.

Another (anonymous) source told DutchNews.nl that, despite a successful career in finance in Canada, she gave up job hunting in the Netherlands after a demoralising year of nobody getting back to her. In terms of job descriptions here, ‘it was difficult to fit into their boxes’, she says.

Varathan, an expat spouse herself, who came to the Netherlands from India when her husband took up a job with Philips, identifies four ‘gaps’ which can cause international job-seekers to struggle: cultural/linguistic gaps, career (time) gaps, network gaps, and competency gaps (e.g. incompatibility of qualifications).

‘Take stock of what your biggest gap is and really work on it,’ she advises, and warns against sending multiple applications, which wastes precious time. ‘Before you know it, your only problem is the career gap,’ she says.

Working hard to plug these gaps is the ESI, which has been active since 2014 and was founded by three women, all connected in some way to the Eindhoven University of Technology. Based at the High-Tech Campus, their team is now twice the size, and what began as a social design experiment is today a go-to hub for accompanying partners of more than 65 nationalities seeking work. 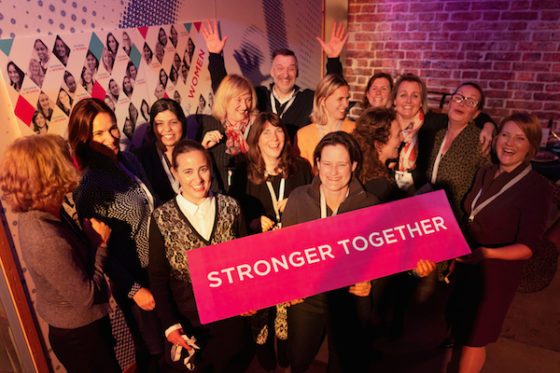 A positive vibe at ESI’s Women for Women mentoring programme

Many of the events and services organised by the ESI are free. ESI Live, for example, combines presentations, networking and discussion to bring candidates and potential employers together. At an IT event ESI organised, almost all of the 20 candidates were eventually placed. Other events include role-specific ‘casting days’ and job application workshops.

The ‘career tool kit’ programme helps spouses prepare themselves for the job market, while the six-week ‘career discovery programme’ is aimed at advising people with a career gap. HR departments are also engaged, and are encouraged to see the spouses as an asset through a ‘dual career opportunity’ programme created especially for them.

Companies’ relocation packages do not address what Varathan describes as ‘the elephant in the room’. She says: ‘The spouses, what they want is a job. And very often, what is put on the table is everything else apart from a job.’ But the happiness of the spouse plays a crucial part in the retention of the first hire. ‘People don’t make the move if their partners can’t find work,’ she says.

Knowledge migration, she says, has ‘gone through the roof’ in the Netherlands, creating a huge talent pool among accompanying partners. Finding employment for spouses is seen as a problem, rather than an opportunity, says Varathan, who describes this misreading as ‘the biggest loss in this whole issue’. It costs thousands to recruit and retain people, she says, ‘but there are people here already’.

Some companies have begun to see the shared benefits of helping spouses into work. Travel website Booking.com, for example, launched an employee partner programme in 2015.

‘Although our new employees already have a job and thus built-in networking opportunities, their partners often don’t arrive with these same advantages,’ a spokesperson told DutchNews.nl.

With this in mind, the company offers spouses a pre-location assessment call with a career and integration coach who provides tips on everything from tailoring their CV to the Dutch market, to career changes or studies they might consider pursuing. After the move, personal coaching, career workshops and business English lessons are made available to partners, who are also invited to career events and networking opportunities.

Of course, not every expat spouse struggles, and many view the change positively. Gabriela León (32) had to say goodbye to her fashion business in Mexico when her husband took up a sales position in Naarden. ‘I feel kind of stressed but at the same happy to start something new,’ she says, and is busy attending workshops ‘to clear my head’.

Brazilian Erycka Ruas (36), who moved to Amsterdam in 2018 when her husband took up a job there as a computer engineer, found work as an office manager right away and continues to receive messages from recruiters. She puts this down to her education and experience in the field and recommends LinkedIn as a key resource in the hunt for work. 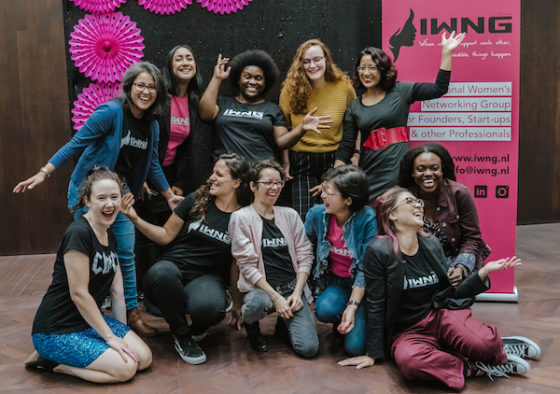 Beyond the ESI in Eindhoven, other innovative expats are creating their own resources. Sterling Schuyler (31) from the USA, now restarting her career for the third time to follow her spouse, has found the International Women’s Networking Group (IWNG) in Rotterdam to be a great support, socially and professionally.

She also attends the International Talent Nights at the Venture Café, a mix of workshops and networking. In her experience, companies seemed less willing to sponsor highly skilled migrants over 30 as the pay requirements were higher, but freelancing has enabled her to continue her copywriting and marketing career. Spouses are learning to be flexible. ‘If no one will hire, they’ll start a business,’ she says.

Versatility, Varathan agrees is key to success. Her message to spouses is simple: ‘It’s a given that things are going to be different and difficult for you. Accept that as early as possible and act on it.’