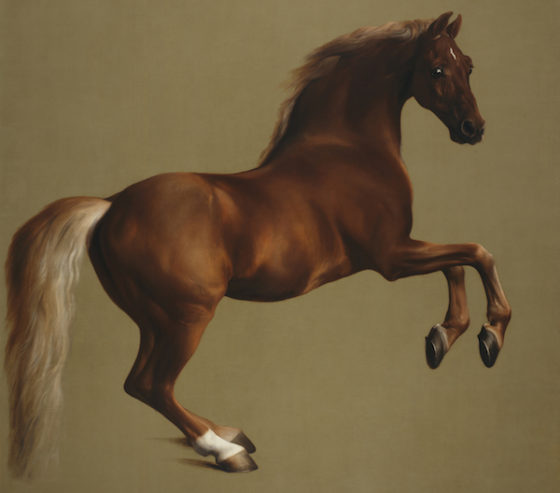 Art, castles, tulips and even manspreading – it is all on our March cultural calendar.

Saddle up with Stubbs
The Mauritshuis in The Hague is hosting the country’s first exhibition of horse painter George Stubbs (1724 -1806). Stubbs’ much prized paintings owe much to the painter’s thorough knowledge of equine anatomy – he dissected horses himself and wrote a book devoted to the subject. He also portrayed their rich owners but did not go as far as dissecting any human beings for the purpose.  Stubbs, the man, the horse, the obsession is on until June 1. Website

Go 010 in the wee hours
It’s Museumnacht in Rotterdam on March 7 and some 35 cultural locations are opening their doors to nocturnal visitors. These include the Rotterdam Eye hospital where you can explore the role of this extraordinary and art-filled building in the post-war period and the Natural History museum (‘elephant Ramon, ‘now complete with turd’ is the museum’s winning slogan) and much, much more. March 7. Website

Celebrate women
The theme of this year’s International Women’s day on March 8 is freedom and there will be a host of activities to take part in. It’s a day of debate, workshops, theatre, music and dance throughout the country. Find out what is happening near you here , from (a pricey) seminar organised by the Eye film museum in Amsterdam about the representation of female leadership in films to smaller scale events, such as Me, my Self(ie) and I, about female visibility at the Utrecht Stadsschouwburg.

Think outside the box
The Junior Company of the National Ballet is coming to the Meervaart in Amsterdam with Unboxing 2, a mix of classical ballet and modern dance. One of the performances featured in an otherwise as yet unknown programme is the challenging In and Out by choreographer Hans van Maanen. March 7 and 8. Website

Don’t lose the thread
The tradition of story-telling on cloth, in a wealth of different techniques, is alive and well and the Textielmuseum in Tilburg is devoting an exhibition to it. Rode Draden/Old and new stories in art and design threads its way through 200 years of myths and personal stories, ancient and modern. Religion, spirituality, sexuality, children’s stories and fantasy all make their way onto the textile canvas. From March 14.  Website

Discover the hidden rooms of the castle
Maids, cooks and footmen employed by the castle-owning class were usually tucked away in attic rooms far away from the lofty spaces inhabited by their masters. Kasteel De Haar in Haarzuilens is one of the few castles that allows  public access to these rooms via hidden corridors and narrow staircases. A great chance to discover the nooks and crannies of the castle, and of castle life. Until March 29. Website

Strain your eyes
Get your specs out for Micro Art at the Beurs van Berlage in Amsterdam to do some serious peering at tiny objects. There are five minute depictions of the Dutch royal family among the 50 works on such canvases as grains of rice, needles and nails and even a portrait of Rembrandt carved from the pit of a sloe berry.  Until May 4. Website

Test your manspreading skills
The Tropenmuseum in Amsterdam is exploring gender and how it is expressed around the world, and how it is skirted around to allow for inclusivity. Apart from art, photographs, fashion and personal stories, the museum challenges visitors to experience what it means to ‘manspread’ in a special seat and to do a photoshoot which raises awareness of the male or female pose adopted. What a Genderful World is on until August 23. Website 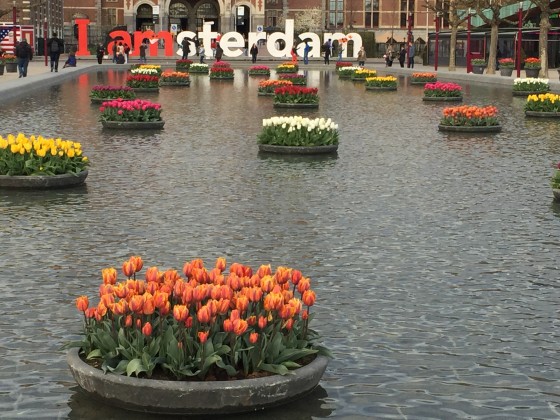 Don’t touch the tulips
The Tulip festival kicks off with a pretty spectacular exhibition of 100 species of tulip old and new in the garden of the Hermitage museum in Amsterdam. During the following month, it is pretty much tulips everywhere in public parks and gardens throughout the city. This year’s festival theme is Connection but although the organisers say there is a tulip for every Amsterdammer, picking is strictly forbidden.  From March 31. Website

Last chance saloon
You have another week to see the Allard Pierson exhibition on Bes, the multi-purpose, all singing all dancing god of the Egyptians and Romans. Invoked in both good and bad times and universally popular the mischevous looking, centuries old deity may have morphed into the present day garden gnome, a sad end indeed. March 8. Website

The archaeological museum in Leiden is starting on the final two weeks of its exhibition on Cyprus, birthplace of the cult of Aphrodite. The island has been a focal point for international trade contacts for thousands of years and to this day a Cypriot passport will take you a long way. All this wheeling and dealing brought riches galore as 400 objects spanning 9,000 years bear witness. Cyprus, a dynamic island is on until March 15. Website