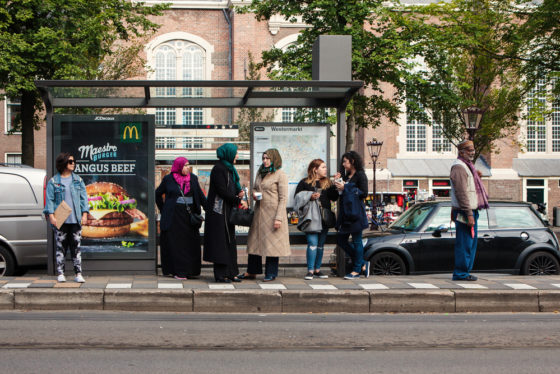 It’s time for the media and politicians to overcome their pessimism about integration, says Leiden professor Leo Lucassen.

Twenty years ago the Netherlands witnessed the rise of Pim Fortuyn. In the wake of his death on May 6 2002, his party Lijst Pim Fortuyn (LPF) scored 26 seats in the elections. Many were taken completely by surprise by the massive win and the social discontent about immigration and integration that was at the bottom of it.

Journalists and commentators, as well as many politicians, were beating themselves up for not having seen it coming.

Yet the groundwork had been laid as early as the 1990s by then VVD parliamentary party leader Frits Bolkestein, Fortuyn’s columns in Elsevier magazine and Paul Scheffer’s article ‘The multicultural tragedy’ in the NRC. But it was the death of Fortuyn and the explosive rise of the LPF which kicked off the pessimism about integration which is continuing to this day.

Driven by guilt for having been too politically correct during the 1980s and 1990s, many a journalist and politician made a complete u-turn.

Central was the idea of a ‘clash of civilisations’, proposed by American political scientist Samuel Huntington and introduced in the Netherlands by Bolkestein among others. It predicted a new conflict between ‘western civilisation’ and Islam in the wake of the implosion of the Soviet Union, and generated a generally pessimistic climate with respect to the integration of Moroccan and Turkish migrants and their children in particular

Second-generation problems, such as criminality and radicalisation – the murder of Theo van Gogh by Mohammed Bouyeri, for example – unemployment and school dropout numbers were not only highlighted but also considered as the ultimate proof that the multicultural ideal was a left-wing utopia that has crashed and burned.

The members of a parliamentary commission on integration policy, led by the then VVD MP Stef Blok, which concluded that integration had been a completely or partially successful barely escaped being tarred and feathered. Their findings, it was assumed, simply could not and should not be true.

With hindsight. the commission’s conclusions were right: there were all sorts of problems and disadvantages but all the trends pointed in the right direction.

And now, 15 years later, despite the dominant pessimism about integration, the children of low-skilled labour migrants are continuing to do better, both in education and the jobs market. In 2016, socio-cultural thinktank SCP found that Turkish, Moroccan, Surinamese and Antillean representation in the crime stats had almost halved since 2006.

A survey by the same think tank published at the end of last year showed that a considerable number of Dutch people, particularly those with a lower level of education and the elderly, are paying scant attention to these facts and continue to think that newcomers are barely integrating.

Over half think that former migrant workers and colonial migrants from Suriname and the Antilles should adopt ‘Dutch cultural traditions’ and distance themselves from their own. Many also think ‘they’ are out to ‘do away with’ ‘our’ traditions, such as blackface Zwarte Piet. An 80% majority think migrants should, at any rate, adopt ‘Dutch values and norms’.

That is not an unreasonable stance, and is certainly valid when it comes to  learning the language, paying tax and abiding by the law but on closer inspection many people take it to means something completely different. To them ‘Dutch values and norms’ are unique cultural characteristics which, they assume, are new to immigrants and their children.

Many of these values are in fact not so uniquely Dutch and many newcomers have similar outlooks. Moreover, many Dutch citizens do not share such lauded ideals of women’s and gay rights, as radical right-wing Tweets and Facebook entries demonstrate every single day.

And lastly, a Dutch person with a migration background is, like any other citizen, perfectly entitled to question certain traditions, such as the blackface Pete.

But as long as people perpetuate the artificial division between ‘them’ and ‘us’ they contribute, perhaps unwittingly, to the exclusion of immigrants. It should not come as a surprise that the children of many immigrants are saying they have done their bit to integrate and that it is now up to the majority to do theirs.

Journalists, commentators and politicians should finally shake off the Fortuyn trauma and stop treating immigrants to this country as a separate category. That would not only recognise the true measure of integration but also contribute to a more pleasant and healthier social climate.

This column was published earlier by RTL Nieuws