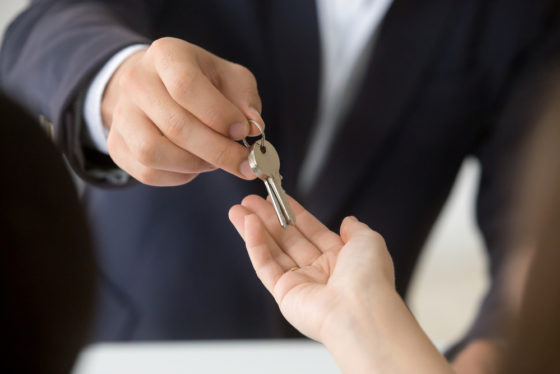 The experiences of a young Brexit escapee trying to find a place to live in Amsterdam have proved quite an eye-opener.


When your own offspring have flown the nest, the rooms they have left behind collect all manner of waifs and strays who need a place to stay. The longest was with us for almost a year while she found her feet after 15 years away from the Netherlands, but most stay a few days while they InterRail around Europe courtesy of the European Union or the like.

We’ve recently had a house guest who stayed with us for a month – a Brexit refugee, willing to work hard where ever she was needed, if she could find a place to live. Although flat sharing as in the television series Friends may be quite normal in many parts of the world, in the Netherlands things are not quite that easy – particularly if don’t have an extremely well-paying job, a permanent contract and heaps of savings to use as a deposit.

We’ll call her Diana just to protect her identity in case any of her erstwhile flatmates happen to chance upon this column. She utilised all the modern methods of communication at her disposal to try and find a place to live. Facebook groups, websites, word-of-mouth, friends of friends, friends of your mother’s (like me)… you name it, she tried it.

The one with the conman

We had warned Diana about the conmen who prey on unsuspecting new arrivals, and she was more than a little put out when the very first person to respond to her social media appeal for a place to live was offering her a too-good-to-be-true place for only a modest fee.

But soon she had a couple of interviews. The first was for a small room in a modern flat on the edge of Amsterdam. It looked good on paper. The rent was a fairly reasonable €750 all in. But when she turned up for a chat, her prospective flatmates proceeded to grill her about how many men she expected to bring home a week. More than that, the room was too small to swing a cat and had no window.

Next came the first-time buyer who was effectively looking for someone to pick up the bulk of the mortgage – €800 plus bills for a room too small for double bed and a cupboard. Another emailed Diana a seven-page questionnaire that she need to fill in before they would even agree to see her. By the time she got to page 4 and had answered questions about her fridge habits and cleaning the loo, she decided this was not going to be a good match.

The one with the estate agent

So she turned to estate agents to see if they might be the answer after all. Estate agents are right to be picky, and picky they can be when there are so many people trying to rent a place to live. But the one flat they came up with required Diana not only to have a job, but to be able to prove she would have a job for four years. Something very few people can actually do.

It was fast becoming a soap opera. Every evening over dinner we would grill Diana about that day’s adventures. Eventually she came back from an interview with good news. She had passed the interview with flying colours and her prospective flatmate said she would cancel the other appointments. She could move in as soon as she liked. The next day, the would-be landlord rang Diana to tell her that an old friend had asked her about the room and she had decided to give it to her instead.

Then came the offer of a viewing on a Saturday. No problem with that, except Diana had already just signed up to work on Saturday morning from 9 to 11. ‘Could we meet afterwards?’ she asked. ‘No,’ said her prospective flatmate. ‘I am busy after that and on Sunday and all next week. So why don’t you come at 8am.’ At 11pm the night before, she texted Diana to cancel.

The one with the boyfriend

But then there was a breakthrough. Diana found a place to share with a Dutch girl with a boyfriend who worked overseas a lot. She had a decent sized room, there was a kitchen and a sitting room and the girl said they would have a party to celebrate her moving in. She packed up her belongings, leaving her shampoo in the shower and her Boursin in the fridge, and was gone.

The trouble started a few days later. Diana could not officially register at her new home because the boyfriend was already registered there and in Amsterdam you cannot share a home with three adults (who don’t have a formalised relationship) unless the landlord has applied for a permit.

She came for dinner a few days later and, while describing her new flatmate as lovely, she complained that the sitting room was out of bounds when the boyfriend was there… which was most of the time. She’d also discovered her landlady was actually subletting a room in a flat she was renting from ‘a friend’. We suspected Diana, who was paying €850 for her room including bills in a not-so-desirable part of town, was probably picking up the full rent.

Then two weeks later came the long text message: ‘I am going to be looking to move flats. The girl I am living with has turned out to be very strange, inflexible and rude. She expects unnecessary standards of cleaning, has given me little or no storage space for my things and, as well as having no access to the living room, it is all making me very unhappy. I have given a month’s notice.’

She’s still looking, of course, but we expect her to move back in in a few days time. She’s most welcome to stay for a while longer, and her shampoo is still in the shower. But we’ve eaten the cheese.