Summer should be well and truly upon us next month, but not all the activities in our July round-up feature the great outdoors.

Dance July away
Contemporary dance festival July Dance is coming to Amsterdam again, with challenging performances that make you sit up and think. There are eight venues featuring shows by seasoned dancers and choreographers as well as new talent.

Additional events include a ‘dance route in the centre of  Amsterdam inspired by its colonial past’ and free performances at the Vondelpark open air theatre. July 2-14. Website.

Spot the moth
A great Natuurmonumenten activity for for parents and kids, if you can keep them awake, that is: spotting moths at night. Using light and syrup, the intrepid Natuurmonumenten people will lure into view nocturnal butterflies of all shapes and sizes.

Parents can take a nip from their hipflasks under cover of darkness because the fun doesn’t start until 11pm and can go on for 2 hours depending on the moths’ willingness to put in an appearance. July 5. Website

Catch the parade in The Hague 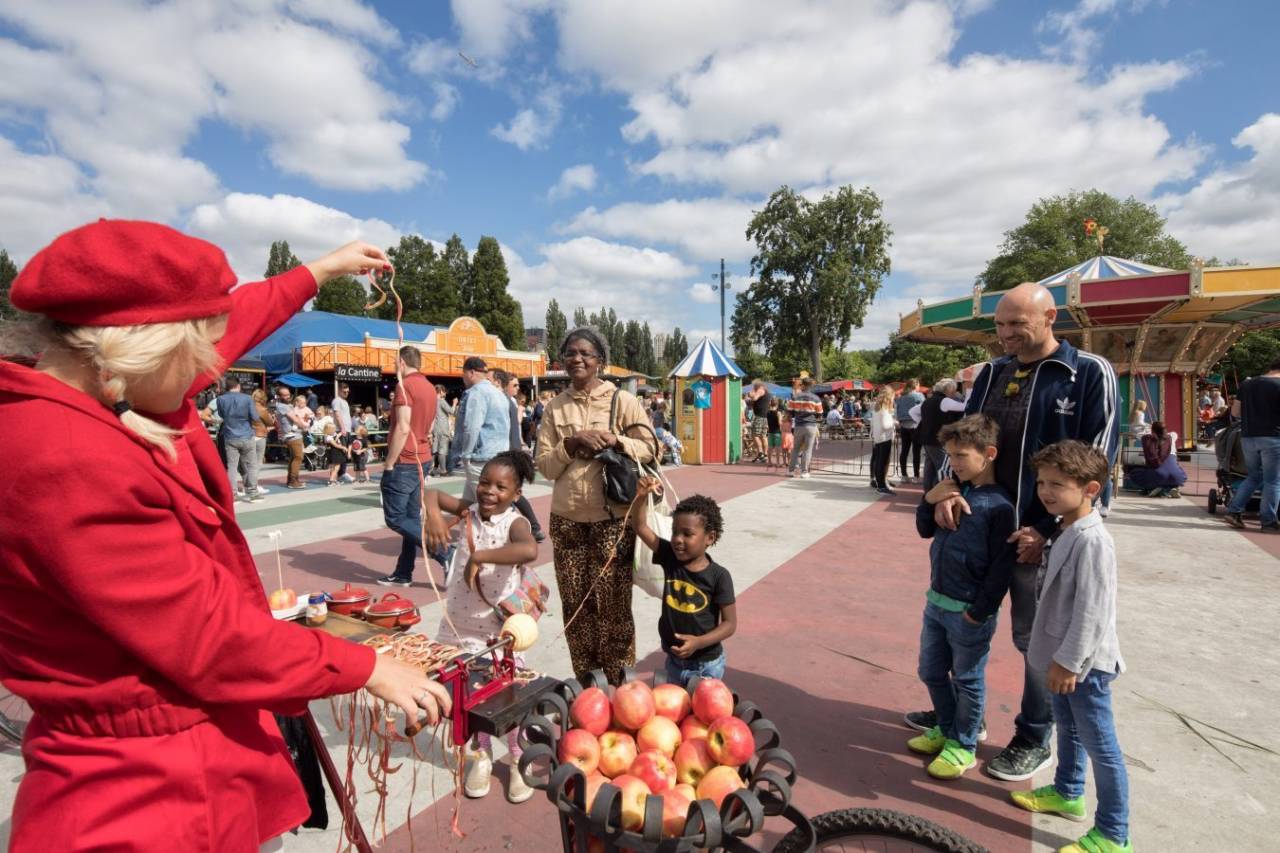 The Parade is pitching its tents in The Hague in July, with a plethora (yes, a plethora) of dance, music, theatre, mime and comedy. Most of the performances were written for the festival and last about 30 minutes, so plenty of time to take in more than one.  There is lots on offer for children too. July 5-14. Website

Bag a bag
The incomparable Tassenmuseum in Amsterdam presents Bags in Bloom, with over 100 bags festooned with all manner of flower and leaves. Made using various techniques, the bags feature typically Dutch 17th century still lives but also modern geometrical patterns inspired by nature. Until August 31. Website

Admire a royal map
Even the most hardened of republicans might be persuade to visit the Palace on the Dam in Amsterdam and its magnificent floor maps. The giant maps are the subject of an exhibition which centres around the discovery that the celestial map originally featured line drawings of the constellations. 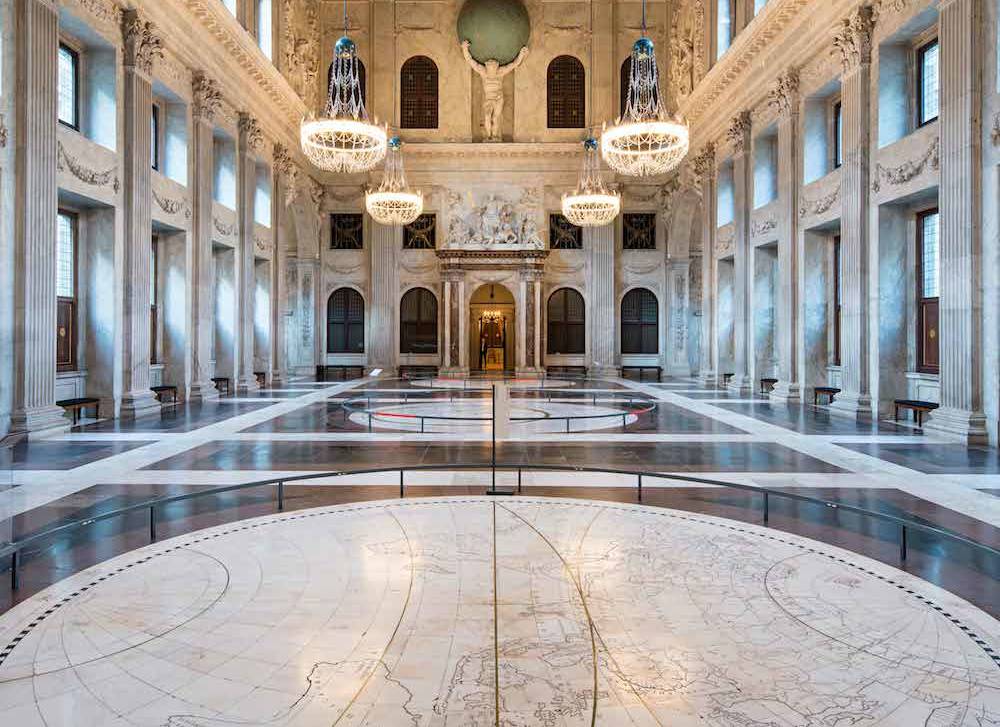 If you look carefully you can see some metal bits which were once part of a busily populated sky.  Also on show a giant German atlas from 1665 made by Amsterdam map maker Joan Blaeu weiging 125 kilos. The Universum of Amsterdam is on until September 22. There are special activities for children. Website

Find out how the posh pets lived
The very pretty 17th century kasteel Amerongen is putting the spotlight on the pampered pooches and lounging lapdogs lucky enough to have called the estate their home in times of yore. But there is plenty about the animals who lived ‘downstairs’ as well, including mice, lice and flees.  One of the later countesses was an animal lover and rescued many a stray. Deftige Dieren (Posh Animals) is on until December 1. Website

Visit Veere
If you are heading to Zeeland for your hols don’t forget to look in at Museum Veere which is hosting an exhibition on the art colony that sprang up there at the end of the 19th century. Artists, Dutch and foreign, seeking the quiet of the countryside were drawn to Zeeland for its light and endless skies.

Work by the ‘Veeristen’ and the nine women among them who were called the ‘Veerse Joffers’ (or Veere Misses) is now on show in Veere, daar moest je geweest zijn (You had to have seen Veere) Until November 24.  Website

Raise a Haeckel
It’s 100 years since the death of German zoologist and artist Ernst Haeckel (1834 – 1919) and the Teylers Museum in Haarlem has jumped on the chance to remind everyone of the stunningly beautiful work he left to the world. 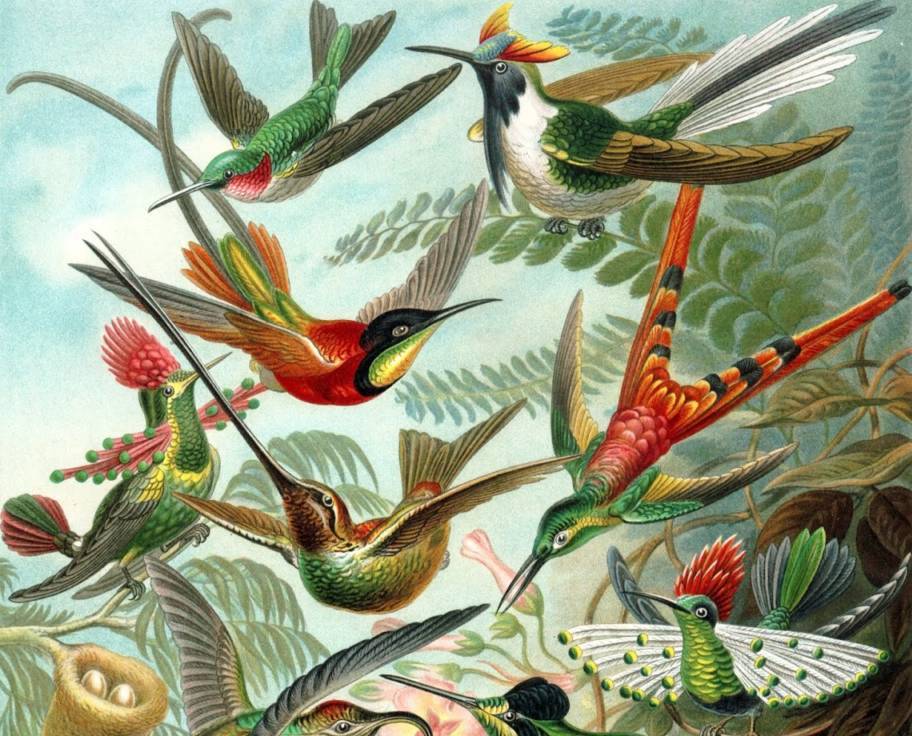 Inspired by Darwin’s theories about evolution Haeckel published a book called Kunstformen der Natur (Art forms of nature) of which 20 plates are on show at the museum. Until November 3. Website

See a sprinkling of Sprezzatura
Sprezzatura means ‘seemingly effortless’ in Italian as in ‘That old thing? I just knocked that together in the last five minutes. Turned out quite well, didn’t it?’. In fact the artists featured in this exhibition about Italian art between 1860 and 1910,  Antonio Mancini, Federico Zandomeneghi, Giovanni Segantini, Giacomo Favretto and Giuseppe Pellizza, among them, represent some of the most  talented and well-regarded painters of the time. Until November 3. Website

Stroll among the sculptures in the Veluwe
The Kröller Müller museum at the Veluwe is renowned for its outdoor sculpture park  but how did it come about? The beginning of a new world: the development of modern sculpture documents the work done by Bram Hammacher, director of the museum from 1948 tot 1963.

Hammacher bought work by many icons of modern sculpture and, chronicler and art historian that he was, he also bought the non-Western art that inspired them. Until September 29. Website

Take in some sun and Spanish sculpture
Museum Beelden aan Zee in Scheveningen is celebrating its 25th anniversary with an exhibition of Spanish sculptor Jaume Plensa (1955). The museum’s founders, the Scholten-Miltenburgs, bought one of the artist’s first sculptures in the Eighties and Plensa, who went on to make his mark in public spaces all over the world, is returning the favour by bringing together a collection of his striking human figures at the museum. Until  September 22. Website