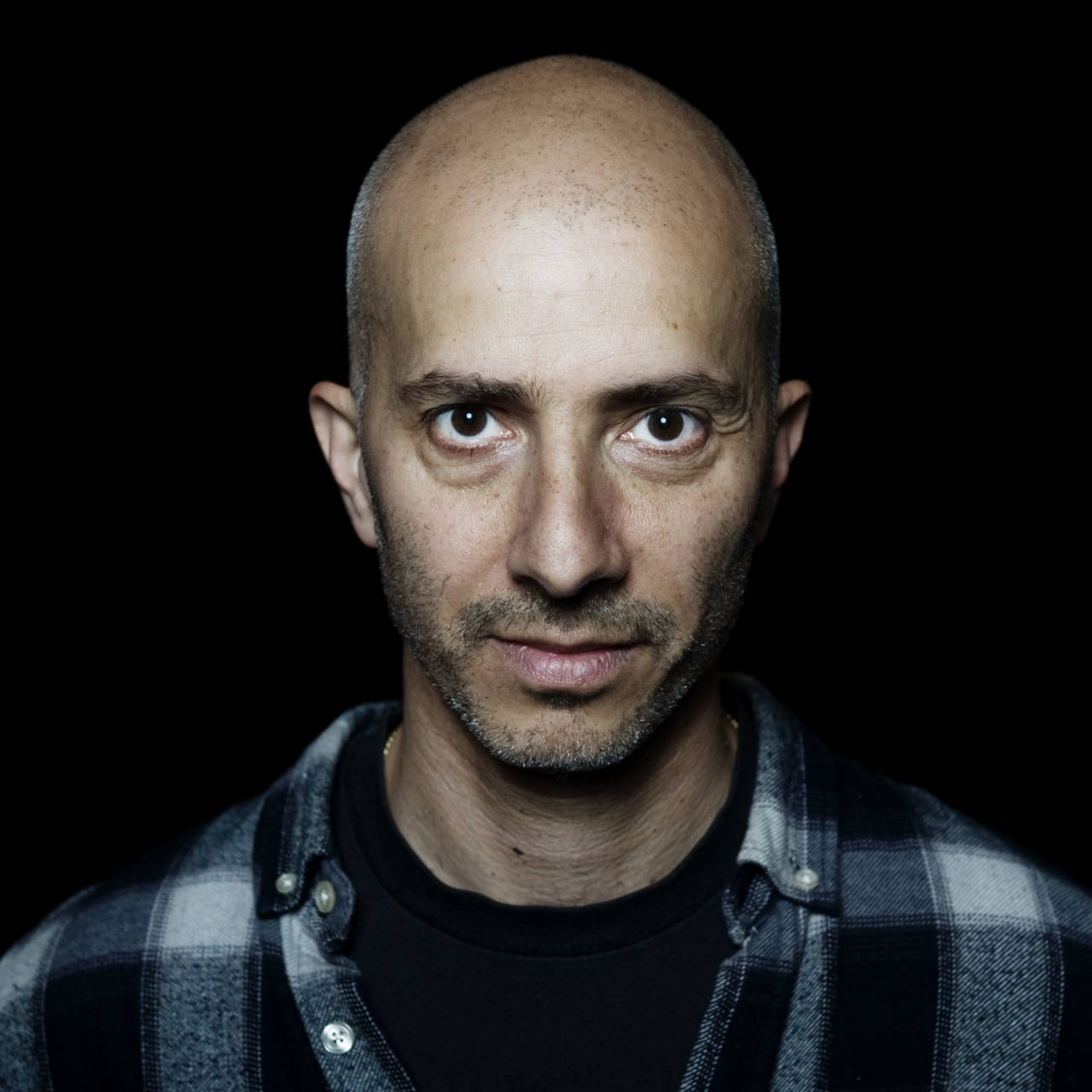 Groningen-based Israeli Guy Weizman (45) moved to the Netherlands with his partner some 20 years ago to work with celebrated choreographer Itzik Galili. Today he is the artistic and general director of theatre company Noord Nederlands Toneel and dance company Club Guy & Roni; parent to a teenage son; and an enthusiast for Dutch art, literature, philosophy and oliebollen.

How did you end up in the Netherlands?
I was invited to come and work here when I was dancing, myself. It’s not so unusual for dancers to travel around because dance is pretty much an international language.

Before I came to the Netherlands, I lived in Berlin and Barcelona and Brussels. When I was in Brussels, this guy that I worked with before asked me if I wanted to join a project in Amsterdam with him. That’s how I ended up in Amsterdam for two years; and then the whole group moved up to Groningen and I moved with it – and I’ve stayed ever since!

How do you describe yourself – an expat, lovepat, immigrant, international etc?
I couldn’t find myself in any of the definitions. I don’t think I’m international because I’m very well embedded in the culture of the Netherlands. Now that I’m involved in theatre, language became – in the last ten years – a very important aspect of my work and the culture in general.

I think, then, it’s this old, pitiful ‘world citizen’ definition as I can’t find anything better than that. I don’t really divide the world into countries or continents and I am happy with the people that surround me wherever I am.

How long do you plan to stay?
I’m happy here. I don’t plan anything. I think it’s very different when you relocate for your work. I might stay forever or leave in three years – I’ve no idea. Time will tell.

Do you speak Dutch and how did you learn?
I do speak Dutch. I didn’t learn it on a course, I learned it by talking to people, by reading newspapers, by reading subtitles and asking a lot of questions.

What’s your favourite Dutch thing?
I love oliebollen – I really love oliebollen! I also really like Dutch art and the way it has developed over the centuries. It has always been very innovative, always looking ahead. If you compare it to other European disciplines or arts, it’s much less tradition-based. Like many other things in the Netherlands, Dutch art is very progressive and future-orientated and I find that really inspiring and I think that’s probably one of the reasons I’m here creating work in the Netherlands.

How Dutch have you become and why?
I am very hungry at 6 o’clock in the evening! I find it really amusing. I don’t plan what I’ll eat a week in advance, and my son [who was born here] is kind of starting to get a bit uncomfortable with that! I became maybe more direct than I used to be, and I think that’s a good thing, actually. Communication is relatively simple here for a foreigner. There’s a very non-hierarchic, ‘say what’s in your heart’ mentality, and I appreciate that.

Which three Dutch people (dead or alive) would you most like to meet?
I would be very excited to watch Van Gogh work and just try to understand what was going on in his head.

I would like to meet Spinoza. He was a visionary who was excommunicated from his community for having really crazy, non-religious thoughts. He came up with a couple of really exciting thoughts that we are still trying to understand today. He was a very brave, smart man who didn’t comply with the rules that were forced upon him and I find him very interesting.

I’m very happy I [already] met Judith Herzberg. She’s a Dutch poet, writer and playwright. We had a really beautiful conversation. She’s one of the most fascinating people I’ve met here. She just won the Dutch literature prize. She has a way of looking at the world… I would never be able to think of the world that way. And she has a way of translating it into words. She keeps it very concrete and at the same time strips it of any aesthetic or unnecessary emotions and brings it down to an abstract essence that is beautiful.

This was really a big shift in my understanding of Dutch culture and Dutch language and it was a very important encounter for me. She wrote the script for one of our productions. Working with her and seeing how she processes her artistic thoughts and how she looks at the world, many things fell into place and it was very meaningful for me.

What’s your top tourist tip?
I think, very often, nature in the Netherlands is under-estimated. The canals, the museums, the cheese, and the flowers are the really big tourist attractions that everybody seems to follow. My biggest surprises about the Netherlands were always outside the main cities, far away from the Randstad, in all these scenic routes in Drenthe, and in Groningen, and in the North of the Netherlands – which you can’t get to so quickly.

There’s a surprising and overwhelming serenity that’s really very special. If you are there on the right day, you look at the sky and the trees and you think, OK, that’s what made the great artists paint those beautiful paintings. So, my tip is: stay away from the big cities, take a bike, and get lost in nature.

Tell us something surprising you’ve found out about the Netherlands
The openness of the society is something that I really love. It really surprised me how indifferent society here can be about the differences of people from other nationalities. It’s not tolerant, necessarily, but really indifferent, which I think is much more exciting. I’ve lived in many countries and I’ve never met this quality anywhere else, that someone couldn’t care less if I’m a foreigner or not.

If you had just 24 hours left in the Netherlands, what would you do?
I would probably pack all my books and ship them to wherever I was going to. I would maybe also meet my friends and have a big dinner. Good food with all my friends. I would cook a huge goodbye dinner in Groningen or wherever it is easy for everyone. My friends are a little bit everywhere in the Netherlands.