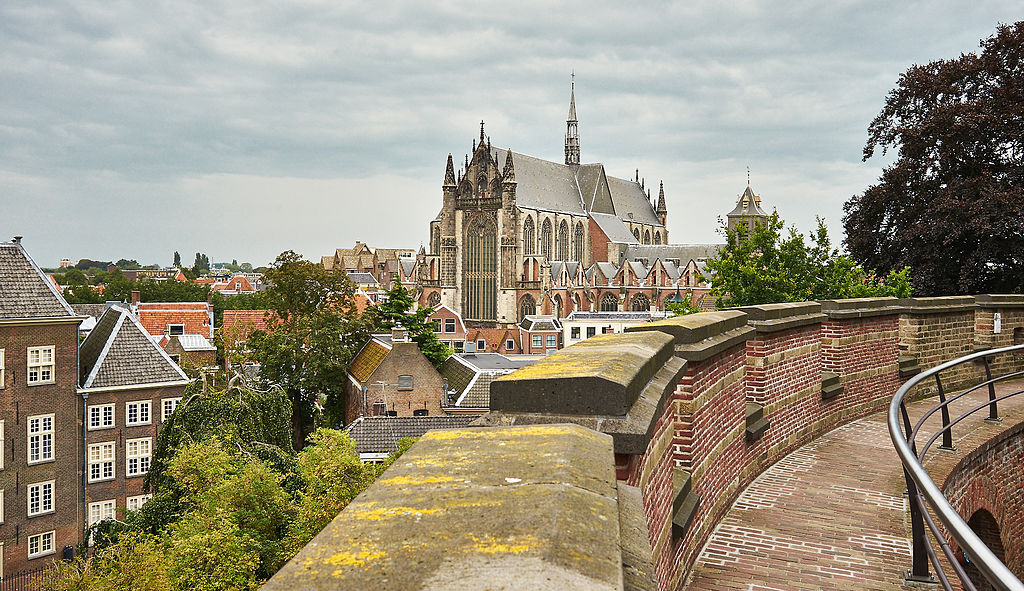 Leiden dates back all the way to the 9th century. Over the past 1,100 years, it’s steadily acquired its fair share of historical oddities and other curiosities that are unique or simply bizarre. Here’s a few that are often overlooked by visitors and locals alike.

1 A mysterious stairway
Outside Leiden’s medieval Stadhuis, there’s a stairway that leads to a small platform. Together, they seem pretty pointless but they served an important purpose back in the day.

The platform was once used by civic leaders to make important announcements to the public. These included everything from information about political dealings to the latest developments in criminal proceedings (stuff like which convict was going to get hanged next and when). 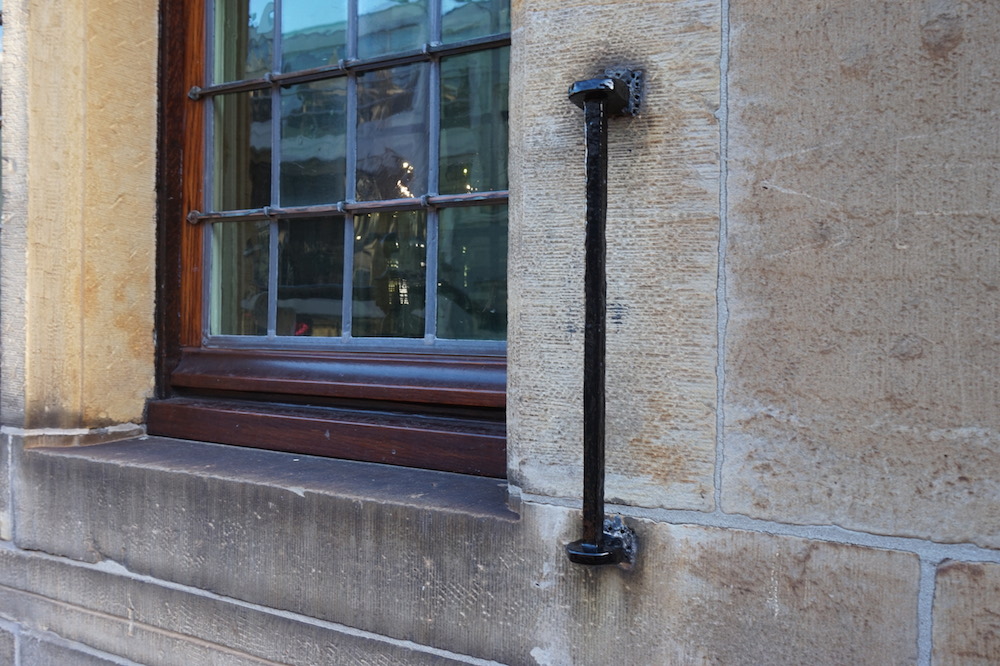 A closer look at the stairway reveals two other interesting details. There are two rods that served as measuring sticks back when a unit of measurement called the Rhineland Foot was still being used. Okay, well, one of the ‘rods’ is merely an etching on the wall but you can read all about their history, and how Napoleon played a part in rendering them obsolete, in this article over at Atlas Obscura.

2 One shop to rule them all
Rene van Rossenberg is the proprietor of the Tolkienwinkel, a shop and museum devoted to the works of novelist J.R.R. Tolkien…and dozens upon dozens of pieces of merchandise inspired by the countless characters and conflicts of Middle Earth. He’s been running the place since 1986.

Here you’ll find everything from Lord of the Rings alarm clocks to replicas of props from the films that would each make great gifts for the various elves, hobbits, wizards, and/or orcs in your life. You can even buy not one but several different versions of Gandalf’s smoking pipe.

The adjacent museum opened in 2004. It contains Van Rossenberg’s private collection of 1,500 books by or about Tolkien along with some of the author’s personal letters. There’s also a permanent exhibit about the trip Tolkien made to the Netherlands in 1958. Just a quick heads-up, though: the Tolkienwinkel is only open on Thursdays and Saturdays or by appointment.

3 Where the Pilgrims set sail

The American Pilgrims spent a decade and more in Leiden before they hightailed it to the New World. There are a few different historical sites featuring their history that you can visit around the city, but the one that not too many people know about is located in a quiet nook around the corner from the entrance to the Erfgoed Leiden en Omstreken. 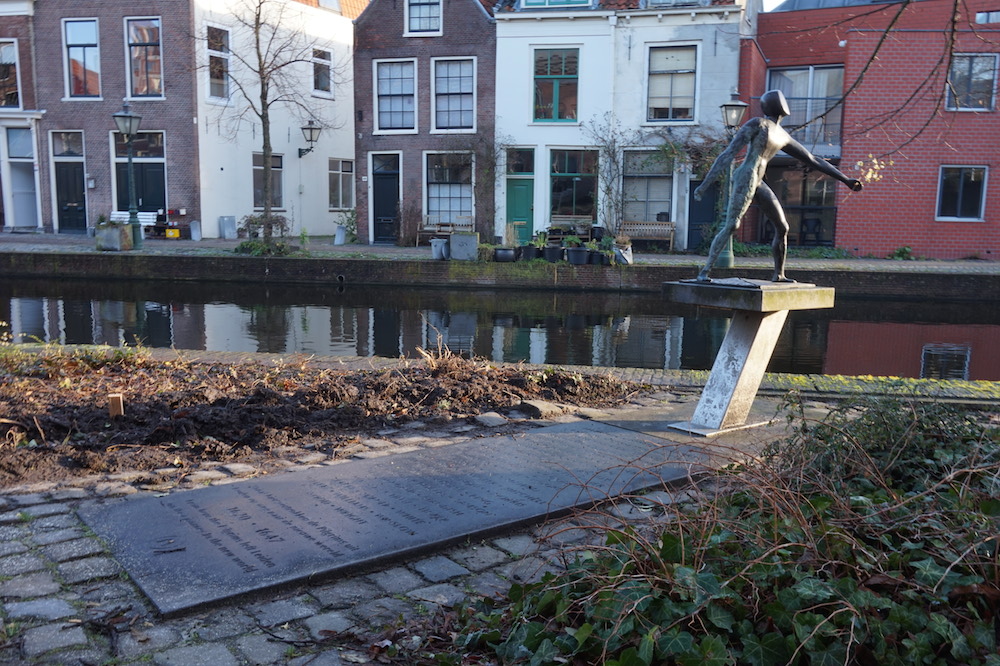 This statue, called Pilgrim Fathers, marks the spot where the colonists began their journey to America. There’s also a large plaque that lists their names. However, this isn’t where the Mayflower set sail. Instead, the Pilgrims climbed aboard a river barge that took them to Delfshaven where a ship called the Speedwell was waiting to take them to Britain and onward.

Location: Along the Vliet near the Vlietburg

4 A star is born
It’s one of the most iconic corporate symbols on the planet, and it was ‘born’ at one of Leiden’s oldest pubs. Café De Vergulde Kruik (The Gilded Jar Café) opened for the first time back in 1881. Some time later, representatives from Heineken, perhaps after drinking one too many of their own products, became infatuated with a sign bearing a red star that was hanging over the pub’s front door. They paid the owner 35 guilders (roughly €350) for it.

Or at least that’s one version of the tale. According to former proprietor Hans Seisveld, the star was actually drawn on a beer mat one evening in the 1920s while several of the brewery’s higher-ups were gathered around a large table in the back room. 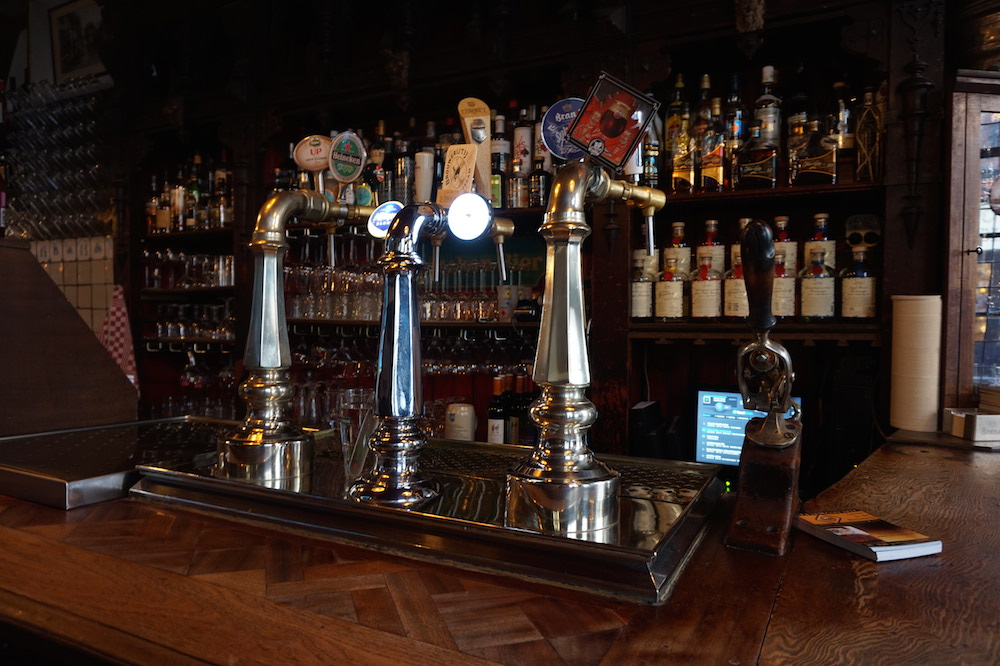 ‘Heineken has said that could be the story,’ current owner Paul Herman added. ‘No one will guarantee it and send a letter saying that’s absolutely what happened but no one is denying it either.’

The specifics may be lost to the ages. Meanwhile, the star has since served as the company’s logo and has helped it earn billions in revenue. The original sign, if it ever existed, has yet to make its way back home, but the pub still features plenty of vintage furniture and historical decor, including very rare silver beer taps. It’s a great spot to grab a pint, provided you don’t mind the occasional Dutch drinking song. The clientele often enjoy demonstrating their vocal prowess.

5 Is that a bowling alley?

There’s a seemingly uninteresting brick building near the city’s historic De Valk windmill that has no windows or doors that face the street. If you didn’t know any better, you might assume that it serves as a storage shed for the cafe around the corner. Nope! It actually belongs to Sociëteit Amicitia, one of the country’s oldest gentlemen’s clubs.

The game they play date back to at least the 17th century and is similar to bowling but much more difficult. Players roll their ball down a thin, elevated platform in order to hit the pins, a skill that definitely requires plenty of practice to develop. Needless to say, you’d need to become a member in order to try it yourself, but the club typically opens the building to the public on Monumentendag every September. 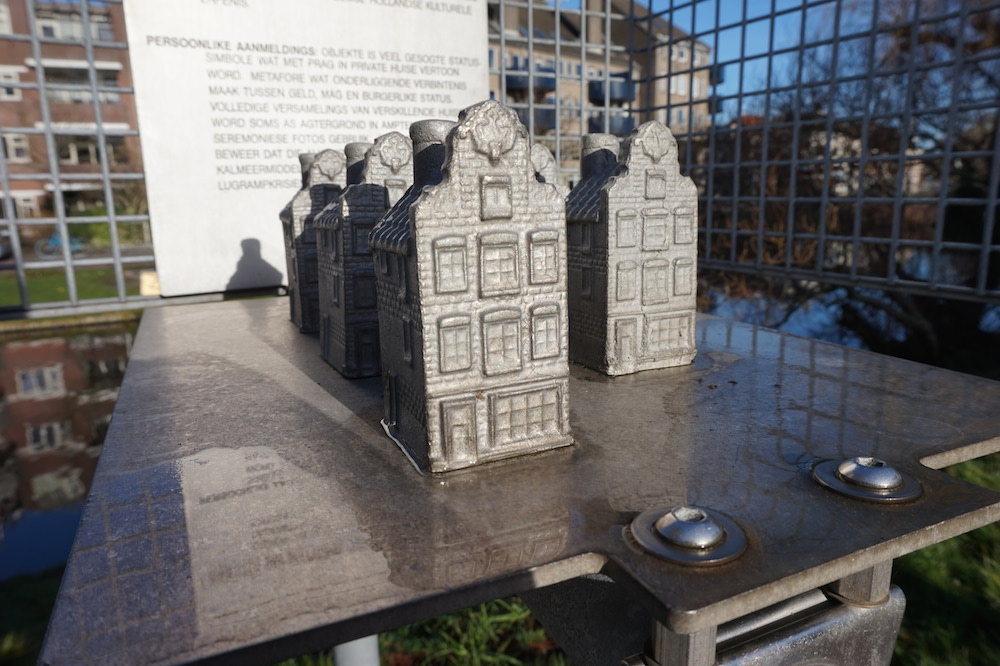 The point of it all? They’re commonplace objects that can be found all across the Netherlands that the curators deemed representative of everyday life in this country. During the spring months, the cherry blossom trees that fill the nearby courtyard are also in full splendour. They can be found near an equally photogenic totem pole.

7 A retirement home for religious relics

The basement of the Hartebrugkerk, a large church on the Haarlemmerstraat, is home to the the Greccio Museum of Devotional Items. The aforementioned items range from crucifixes that once hung on the walls of private homes to old cathedral statues and hand-embroidered vestments donated by Franciscan monks. All in all, the museum serves as a sort of retirement home for these objects. The staff also put several nativity scenes on display during the holiday season.

Leiden is home to one of the country’s oldest outdoor markets, which still takes place every Wednesday and Friday along the Nieuwe Rijn in the centre of the city. It’s a treasure trove of locally-produced foods and other products, but it’s also home to a simple, stone table that’s part of its historic Vismarkt. 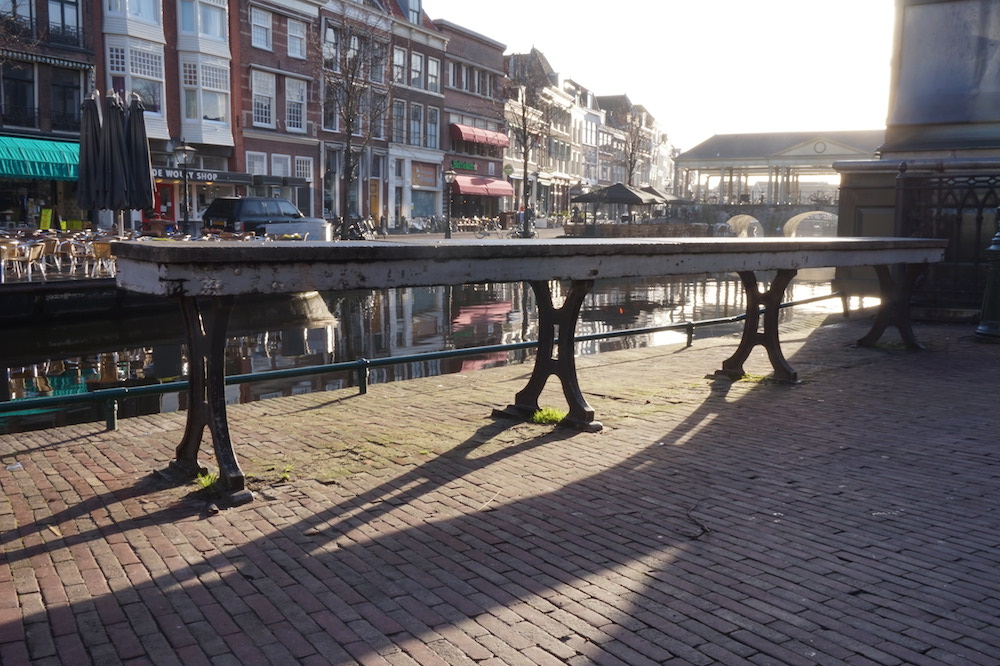 The table serves as a tribute to the countless fishmongers who have diligently worked at the market over the centuries. It’s also a common hangout for the city’s pigeon and seagull population. You can find it beside a much more picturesque fountain lined with two sculptures of sea creatures that spit water out of their nostrils.