Keep Calm and Carry On? Lovely Day for a Guinness? Just do it? Good advertising can do more than sell shoes and beer, they can become cultural touchstones, referenced over and over again, years after they first appeared. So, if a colleague shouts ‘Heyyyy biertje…’ during a borrel and everyone else laughs but you’re left out in the cold, we’ve got you covered. Molly Quell has put together a list of 12 Dutch advertisements that you need to know.

Possibly the most famous television ad in the country, we follow a lowly goat herder who turns into a suave ski instructor with the appearance of the first snowflake. He walks into a ski lodge bar and shouts “Heyyyyy biertje!” (Hey beer) to the delight of the crowd. While popular with most Dutch people, bar staff find having “Heyyyyy biertje!” shouted at them rather annoying.

Ohra’s purple crocodile, which hit the television screens in 2005, has now become synonymous with red tape and bureaucracy and even has its own Wikipedia page in English. The ad features a hapless mother and daughter who have come to pick up the purple crocodile, left in the swimming pool, being given the run-around by a jobsworth civil servant. In 2006, draft legislation to cut bureaucratic nonsense was given the official shortened name Wijzigingsplan «Paarse krokodil».

Anyone who has ever visited a branch of Hema has had this tune stuck in their head. The high street store is one of the indispensable Dutch brands and it frequently plays this jingle in its stores, as well as during TV and radio ads. The tune is always accompanied by the slogan Echt Hema, in case you had not gotten the message yet.

We’re not sure why this division of Nestle chose to advertise ice cream with a car accident and nose picking but it resulted in this classic Dutch TV ad from 1996. The advert is considered such a success it was twice nominated for the Gouden Loeki, an award for the best advertisement of the year.

This ad, for milk and yogurt products, supposedly shows how upmarket Melkunie’s cows are, as they lounge around in the pool. But the ad did get pushback from animal rights groups who criticized the portrayal of the animals when the actual farming conditions were, of course, far less comfortable.

Another interesting case of animal casting, this ad for Rolos shows an ill-behaved child, teasing a baby elephant with the last Rolo toffee. Both grow up and the elephant gets its revenge later, admonishing the viewer to pay attention to whom who share your last Rolo with. The commercial won lots of awards, including the Gouden Loeki in 1996, and was a Dutch hit that went global.

Insurance company Centraal Beheer launched its Even Apeldoorn Bellen slogan in 1986 and it is still going strong today. The ads always feature someone unwittingly getting into trouble – with the pay off suggesting they call the insurer’s HQ in Apeldoorn. The joke was not always on the victim. US president Bill Clinton was reportedly not amused at being likened to a voodoo doll in a museum. You can watch all of the series on YouYube, but the safari park lion is a classic.

If you’re not getting your groceries delivered by either Picnic or Jumbo, you’ve probably been inside an Albert Heijn recently and have been overwhelmed by the images of rodents advertising cheap toilet paper or buy 1 get 2 pasta. If so, it was Hamsterweken or hamster (hoarder in Dutch) weeks at the grocery store chain. The company runs hamster themed ads on TV, radio, in the newspaper and pretty much anywhere you might look or listen. If you’re integrated enough to appreciate a good deal, know that when those furry rodents start appearing, you can head to the local AH to stock up on pantry staples on the cheap.

You are not the only one who has ever set foot into a car in the Netherlands, tuned to Dutch radio, and immediately become annoyed at the sing-song jingle of drugstore Kruidvat. The company’s tagline is Steeds verrassend altijd voordelig or ‘still surprising, always cheap’, which, honestly, does sound better in Dutch. The company is frequently voted to be one of the most annoying ads on the radio. 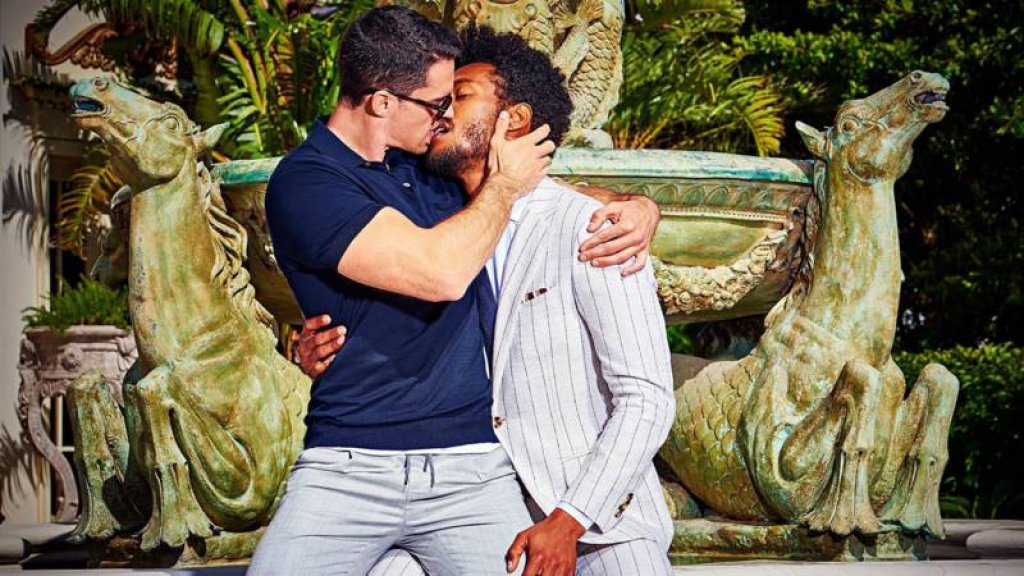 Suit Supply is a Dutch men’s fashion brand, started in Amsterdam in 2002, which is known for its controversial ad posters. The company is always being slammed for the way it portrays women and went on to release an ad campaign earlier this year which featured two men kissing. This, of course, sparked its own outcry.

Hapless Pietertje is no good at football, despite the enthusiastic encouragement of his coach. But when the ball ends up in a ditch, Pietertje – or Dutch champion swimmer Pieter van den Hoogenband at the age of seven – is only too delighted to dive in. The advert has so become part of the nation’s psyche that this year the AD tracked down and interviewed the original actor, now aged 16 and not a peanut butter fan at all.

Calve made a follow up to Pietertje in 2018, this time featuring a very youthful Lieke Martens playing football in the rain while the boys were all inside drinking hot chocolate. If the advertising bucks are in, it is a sure sign that women’s football is slowly becoming big business.