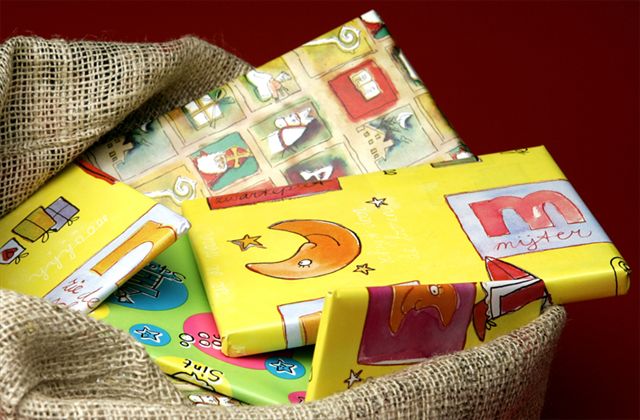 So, Sinterklaas is back in the Netherlands and the count-down to December 5 is well and truly underway. After numerous debacles, Deborah Nicholls-Lee thinks she’s got the hang of celebrating Sinterklaas with her kids. But has she?

When the pepernoten appear in Dutch stores at the end of the summer, I usually chime in with the moaning. Not this year. Succeeding during Sinterklaas is all about preparation. I know this from experience: last year was a shambles.

The intocht (Sint’s arrival in the Netherlands with his Zwarte Piet helpers) is eagerly anticipated by children, but for foreign grown-ups like me it can be bitter-sweet.

This is partly because, until recently, to my unaccustomed British eyes, it looked rather like someone had poured the contents of a 1940s comic book of smiling stereotypes onto the streets of 21st century Amsterdam. But it’s also because it signals the start of a tradition which I’m still struggling to navigate and frequently fail at.

For damage limitation, my husband and I skip the poem-writing and present-giving of pakjesavond (5th December), as celebrating Christmas Day in the UK is ample opportunity to spoil our children.

Sinterklaas and the Piets do, however, drop a few small gifts in the children’s shoes from time to time so that they can join in the conversation at school. This, for novice, non-Dutch celebrants like us, causes havoc enough.

Nevertheless, the children, who were born here, begin each Sinterklaas season with the blinkered optimism that Sint will deliver giant pakjesavond-esque presents. They ignore the pattern of previous years when the commonality between the gifts was that they fitted inside a shoe. A Barbie house does not – and yet it appears on the wish list annually.

At the top of my five-year-old’s list, was something illegible last year. The next morning, I saw her skulking around the shoes as if she was looking for something. ‘What was that word?’ I asked her. ‘A bunk bed. Didn’t get it,’ she replied, shrugging her shoulders nonchalantly and tipping out of her boot the usual sweets and landfill from Kruidvat et al.

I wouldn’t mind the wish lists so much– or verlanglijstjes as they are known here – if they didn’t always appear at the very last minute, tucked into a shoe, way after the shops have closed.

Lately, they have been accompanied by drawings for Sint, which he is expected to treasure and take away with him, and which are a real bother to hide. One night, I chose to conceal the deceit with the help of my shredder. There was no safe way to muffle its loud groaning and gnashing, and I fed the beautiful drawings in one by one, praying that the kids wouldn’t wake and catch me sheepishly making mincemeat of their offerings.

On another desperate occasion, I tried to eat the evidence by gulping down a carrot left for Sint’s horse, Amerigo. It was so big, I gave up and put the gnawed remains back in the fridge, hoping they were unrecognisable.

The problem is, unlike Santa’s stockings which are hung just once, the Sinterklaas tradition rumbles on for around three weeks and the children can keep on putting their shoes out.

We limit it to once a week but are inevitably stitched up by some other parents who, according to our kids’ unreliable testimonies, let their children put their shoe out most days. Inevitably, the children try to sneak in extra days and there are always exasperated cries of ‘The little buggers have put their shoes out again!’ And last year: ‘Bloody hell, they’ve put our shoes out now as well.’

To compound the chaos, last year I rather amateurishly ran out of pepernoten and had to pinch them from the kids’ stockpile of goodies from a previous Sint visit. Fortunately, no one suspected that the biscuits were recycled and the enthusiastic whooping over the unremarkable snacks was as lusty as ever.

The chocolate letters for the kids’ initials also required drastic action last year. We needed a ‘B’ and an ‘M’, and – you’ll see a pattern here – we’d left it too late. The city was clean out of Bs. Cue my husband trying to melt together two Ps and slide the cobbled result back into the – carefully resealed – packet.

It’s times like this that you’ll wish you’d named your children Sanne or Sem, as the ‘S’ for Sint is always in plentiful supply. Miraculously, my husband’s work was nifty enough to go unnoticed, although the Bijenkorf label and price tag on the back weren’t great. Preppers, I have decided, deserve some respect after all, and so I snaffled this year’s letters in September.

Just as we’re getting the hang of it – and dispensing advice on national news sites – it’s all over. My husband returned from the Group 5 meeting at school a few weeks back with news. ‘Sinterklaas…,’ he whispered conspiratorially, checking over his shoulder, and did the cut-throat sign to me across the kitchen.

The whole of Group 5 (8-9-year-olds) were going to be told the truth about the charade. In the future, they would – wink-wink – join the Piets on the school yard and hand out pepernoten to the younger pupils still under Sint’s spell.

Hooray for Dutch directness! And goodbye to the awkwardness that my brother and I experienced when, despite being on the brink of puberty, we would ‘go along’ with Father Christmas to avoid an awkward conversation with our parents and, above all, keep the present count high.

And the end is in sight for parents, too. Although, I must say, once you get the hang of it, it’s all rather fun. ‘What’s that? Group 5 need to make a Sinterklaas Surprise for a classmate?’ How hard can that be…?

You can find out more about the Sinterklaas tradition in our guide here.