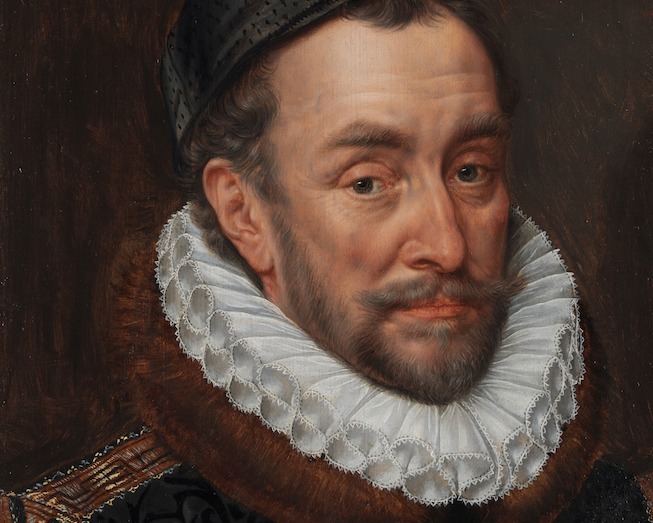 It is 450 years since the start of the 80 Years War (1568-1648) and the Rijksmuseum has made it the subject of a major new exhibition. Here’s what you need to know about why this was such an important event in Dutch history


Who was fighting who and why?
It was Netherlands versus Spain. The Netherlands of the 16th century was a patchwork of 17 gewesten ( areas ruled by nobles) stretching to the French border and including what is now Luxemburg and Belgium. It formed part of the Catholic Spanish empire and the Dutch, already chafing at the bit, became more contrary by the minute as freedom of religion was reigned in – ie Protestantism was under attack.

Rumblings of war
To begin with the Dutch nobles, led by William of Orange, asked the local Spanish powers nicely but the persecution of Protestants continued. In 1566 a group of protestant started smashing up Catholic churches in the south of the Netherlands, in what became known as the ‘Beeldenstorm’ (‘storming of the images’) or Great Iconoclasm. The Spanish then unleashed the Duke of Alva and an army of 10,000 on the Netherlands.

Taxes and revolt
More Protestants bit the dust under the Spanish duke who also imposed punishing taxes, a move that may perhaps have infuriated the Dutch even more. When two Dutch nobles pinched part of Groningen from the Spanish throne at the Battle of Heiligerlee in 1568, the war started in earnest.

Geuzen
By then the anti-Spanish resistance fighters had a name: the Geuzen. Originally the French word Gueaux meant good-for-nothings but the name soon became a badge of honour. There were Watergeuzen and Bosgeuzen, depending on their sphere of action. The Watergeuzen won the first sea battle and went on to take a number of cities, among which Den Briel on April 1, 1572.

Spanish Fury
A back and forth of battles ensued with territory gained and territory lost. Meanwhile Spain had run out of money and mutineering Spanish troops ransacked Antwerp. The Spanish Fury of 1576 killed 8,000 people and burned down most of the town. That was it: the nobles proclaimed William of Orange their leader and vowed to chase off the Spanish oppressor. 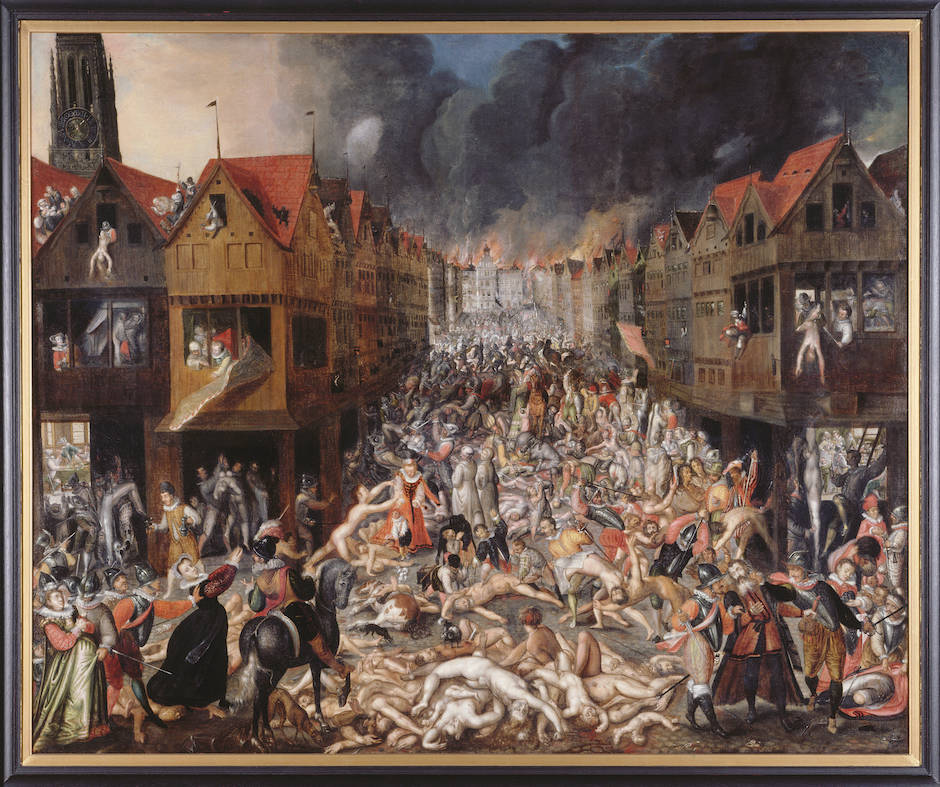 Unie van Atrecht/Utrecht
But not all nobles agreed. The southern Netherlands wanted some peace and quiet and signed the Unie van Atrecht in 1579 which entailed jolly tapas and vino with the Spanish and Catholicism as the only religion. The northern nobles could not accept and signed their own treaty, called the Unie van Utrecht. That meant the southern and the northern Netherlands were no longer one.

Plakkaat van Verlatinghe
Here we come to a document that the present king sees as the true Dutch ‘birth certificate’. In exchange for French help to reunite the country, the northern nobles signed the Plakkaat of Verlatinghe (document of leave taking) declaring their separation from Spain. It is seen as a precursor of the Dutch constitution. The year is 1581, still almost 70 years to go.

Murder and mayhem
The French efforts came to nought and the Spanish declared William of Orange an outlaw. He fled to Delft where he was shot by Balthasar Gerards, a Frenchman with strong Catholic sympathies. Gerards was caught and tortured horribly but refused to say if he acted on anyone’s orders. 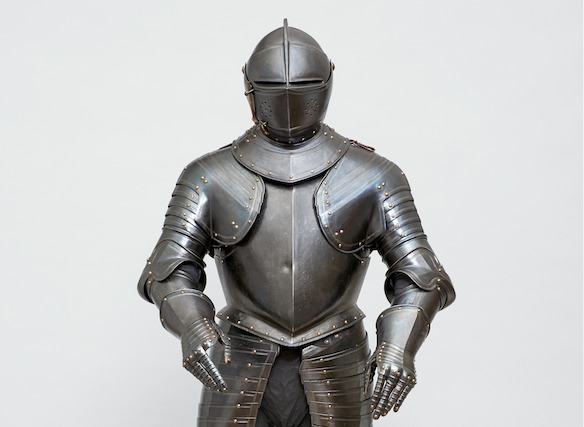 Republic
In 1588 statesman Johan van Oldenbarnevelt and his supporters decided that the country did not need a king but should be ruled by the Staten-Generaal, the body in which representatives of the gewesten were united. This was the beginning of the Dutch Republic.  Prince Maurits, second son of William of Orange was nominated stadtholder and turned out to be a very canny and successful military leader.

Turfschip van Breda
One of his most famous exploits is a version of the Trojan horse, in 1590. The Spanish in Breda in the south of the Netherlands needed fuel desperately and a peat dealer obliged, except that the ship that dropped anchor in the port also carried 75 of Maurits’ soldiers. They escaped detection even when one of them was seized by an uncontrollable cough. He asked his companions to run him through with a sword but they refused, presumably preferring to thump him on the back. The ruse was a resounding success and Breda was taken.

Truce
In 1604 the war stopped for 12 years. But there was trouble at home. Van Oldenbarnevelt, founder of the East India Company, wanted the truce to hold to further trade while Maurits wanted to carry on fighting. Maurits then staged a coup and had Van Oldenbarnevelt stand trial on trumped-up charges of treason. As he mounted the scaffold to be executed the 71-year-old used a stick to lean on. The stokske van Oldenbarnevelt later became the subject of a poem by Vondel and a symbol of the injustice of his trial. 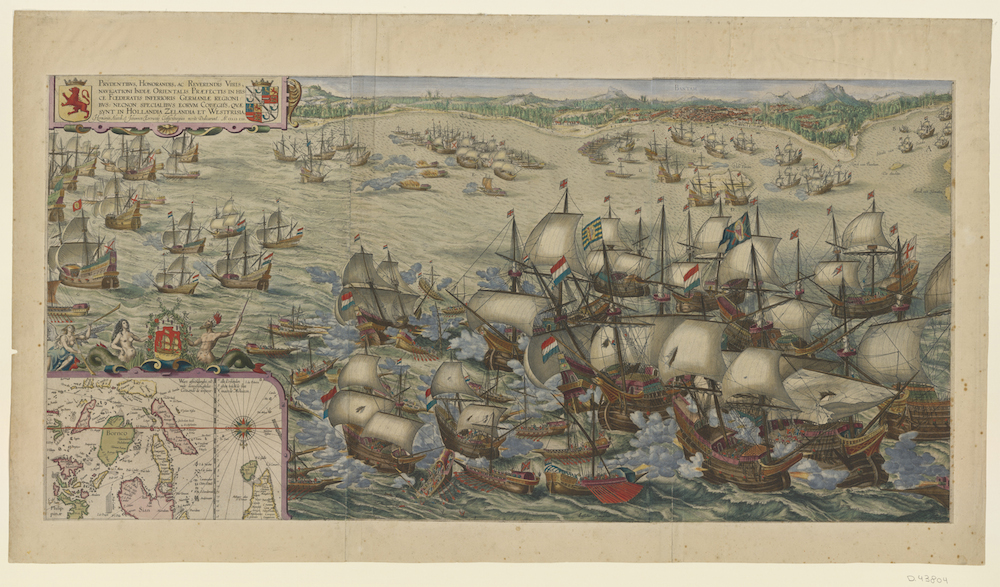 Zilvervloot
In 1621 the war started once again but by then Maurits was dead and his place taken by Frederik Hendrik, the stedendwinger, or enforcer of cities. One of the reasons he could take one city after another – and carry out some necessary maintenance work on a couple of estates – was a coup by East India captain Piet Hein who boldly captured ‘La Flota’, a fleet of Spanish ships  laden with silver, hence Zilvervloot.

Hein’s name lives on in a song that every Dutch child knows: Piet Hein, zijn naam is klein, zijn daden benne groot, hij heeft gewonnen de Zilvervloot. (His name is small, his deeds are great, he won the silver fleet).

Treaty of Münster
On May 15 1648, Spain recognised the Republic. The war was finally over (as was the 30 Years’ war that had raged in Europe at the same time).

From 12 October 2018 to 20 January 2019, satirical cartoons, items of clothing, weapons and paintings by Bruegel, Rubens and Ter Borch will be our tell the story of how the Dutch nation was born at the Rijksmuseum in Amsterdam.