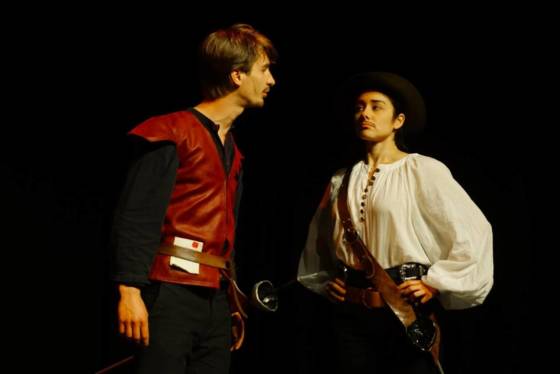 From open-air Shakespeare to comedy classics like ‘Allo ‘Allo!, the English-language theatre scene in the Netherlands now covers a myriad of genres. Here are our top picks from this rapidly-expanding realm.

Historically, performances have been in Dutch, with English surtitles on Thursdays to attract a broader audience, but the English-language offer is likely to improve as the new alliance seeks a more international following. They kick off the Amsterdam theatre season with an adaptation of the Ingmar Bergman classic Scenes from a Marriage, surtitled in English, which will later tour the country. 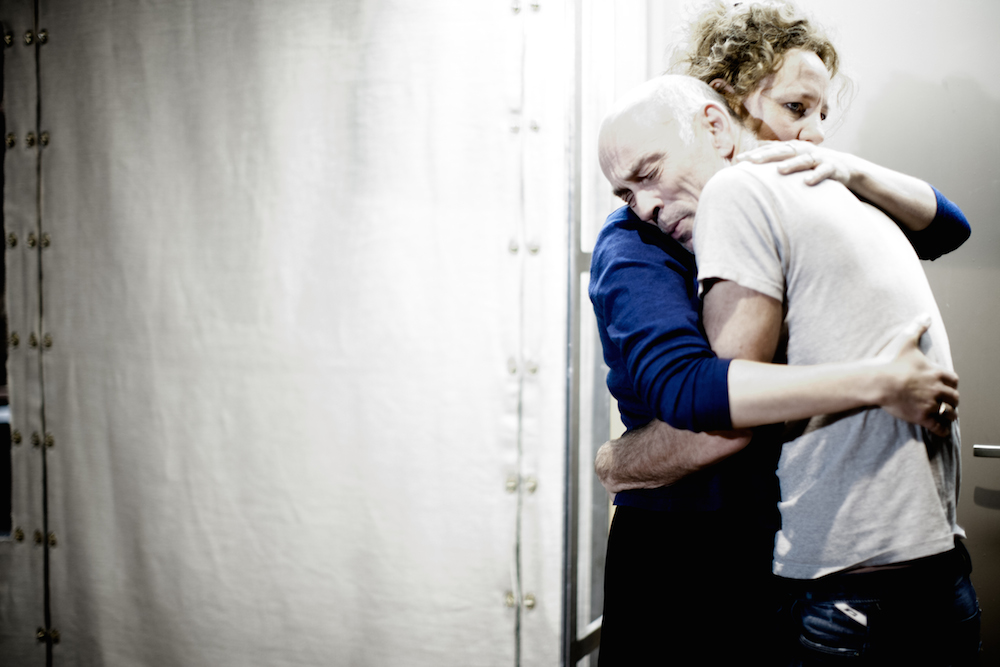 Scenes from a Marriage will be performed nationwide

International Theatre in English (iTIE)
Run by Greek national Theodora Voutsa, the iTIE has – unsurprisingly – a taste for classical tragedy, with previous productions including Antigone at the Stadsschouwburg and Oedipus Rex at the Theatre of the UvA, although January’s The Ingenious Mind, based on the novel The Fountainhead, demonstrated the company’s versatility. Each year, iTIE stages at least one small production and one large-scale piece with a cast of over 20 players.

InPlayers
Amsterdam’s oldest English language theatre group has been drawing on international talent here in the Netherlands since 1957. The amateur company relies on a team of enthusiastic volunteers to run workshops, organise play readings and stage a range of plays, including pieces by Brecht and Shepard and fast-produced musical-in-a-weekend productions based on favourites such as The Rocky Horror Show and Fiddler on the Roof.

Mike’s Badhuis Theater
Converted into a theatre in 1982, this former bath house makes a characterful setting for a thriving amateur scene in Amsterdam Oost. The Badhuis International Theatre company stage four plays a year, as well as fill the programme with other local talent. Recent crowd-pleasing productions have included adaptations of vintage TV comedy shows Blackadder and ‘Allo ‘Allo! 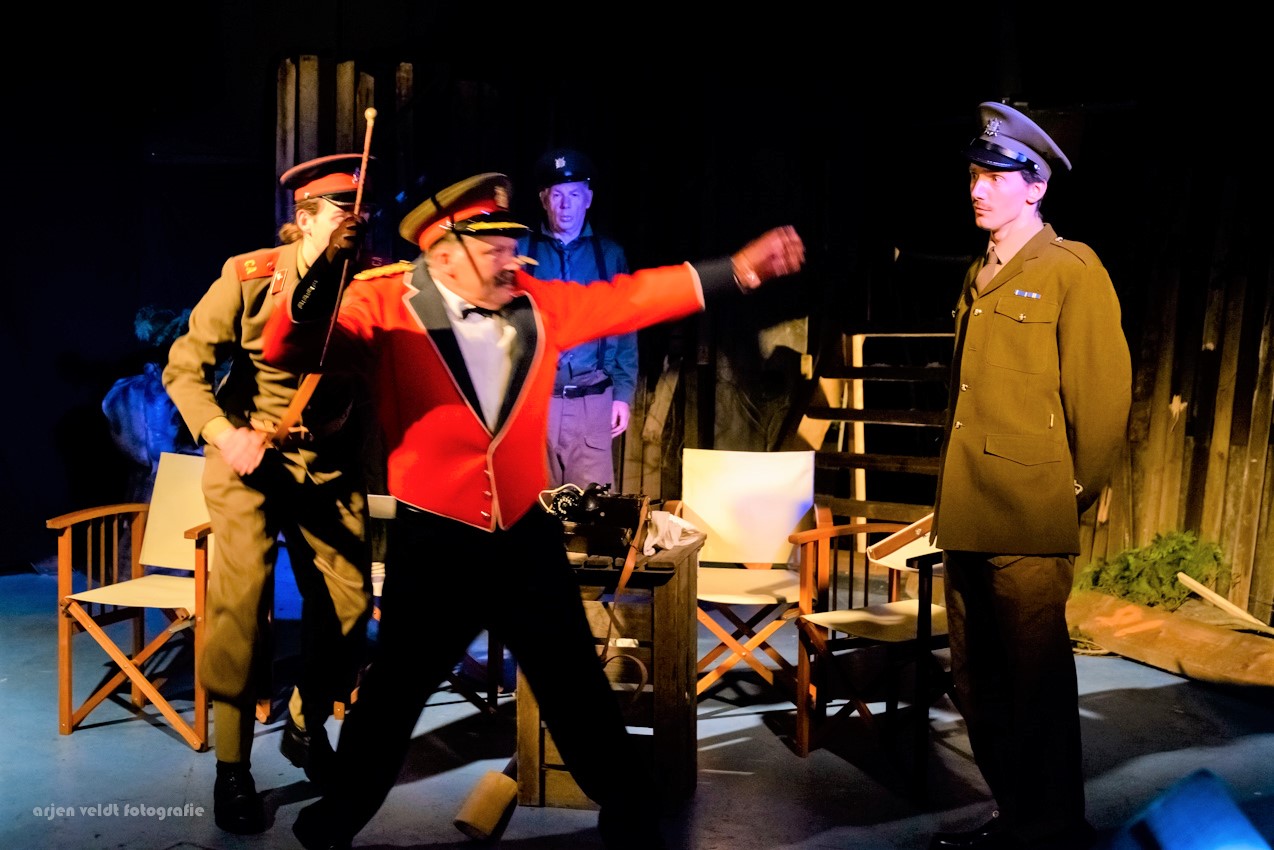 Orange Theatre Company
Formerly the Orange Tea Theatre, the OTC – now under new management – has taken a more professional turn and is performing to larger audiences in some of the city’s most charming theatres. Recent productions ART and The Pillowman – which received a standing ovation – were very well received and this autumn’s Brexit-themed production is sure to strike a chord with the expat community.

Queen’s English Theatre Company
Founded in 2002, QETC stages plays and musicals performed by professionally-trained cast. Past shows include The History Boys, Talking Heads and Little Shop of Horrors. In November 2018, they are performing Oscar Wilde’s The Importance of Being Earnest at the CC Amstel in Amsterdam Zuid. 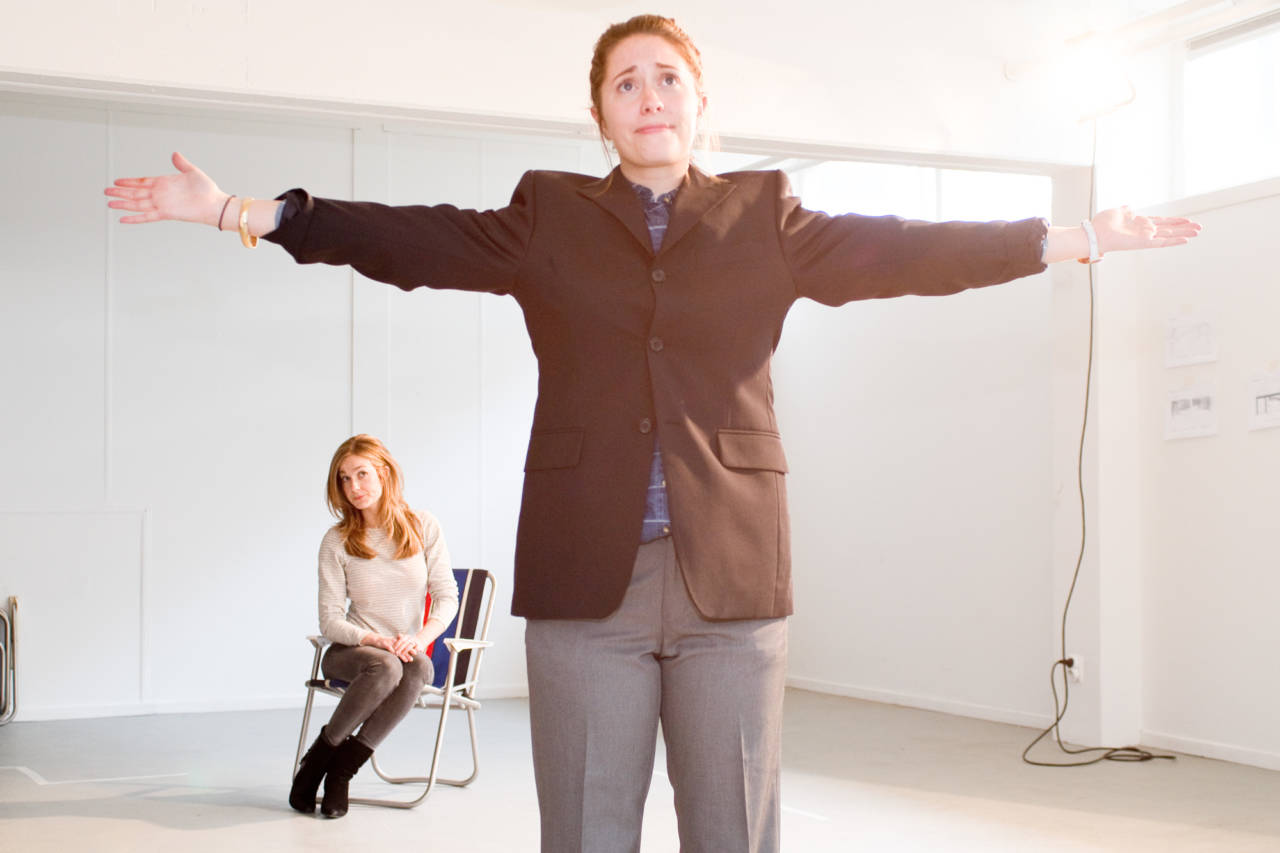 Groningen University Theatre Society
Better known as GUTS, this theatre company is a product of the English department at the Rijksuniversiteit Groningen but welcomes off-campus talent. Now in its 150th year, the company has staged over 70 productions and continues to perform at least one play a year. GUTS also organises open stage evenings, monthly workshops and weekly social events.

STET
Stichting the English Theatre (STET) is based in Wassenaar but works with theatre companies such as Illyria and Tusk to bring English theatre to a variety of venues – including open-air – across the Netherlands. The broad programme includes musicals, Shakespeare and kiddie favourites such as Doctor Dolittle, aimed at the 5+ group. 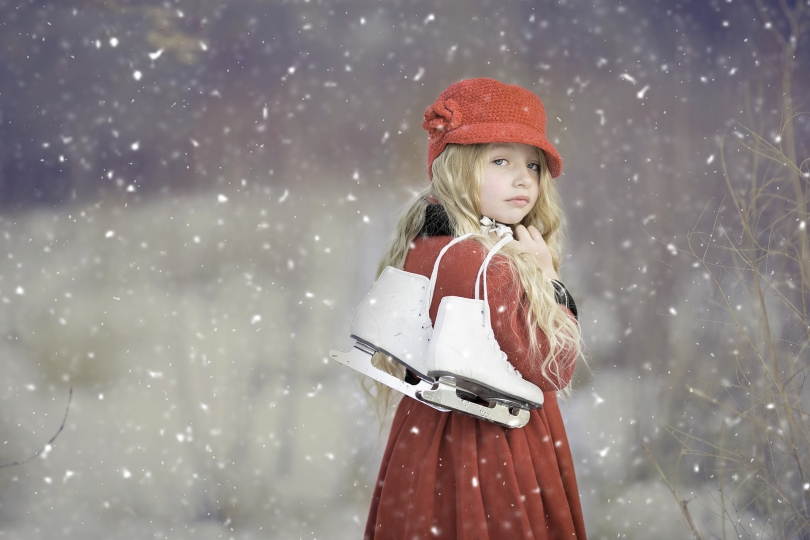 The Anglo-American theatre group
If you want to give the kids a taste of traditional British pantomime, the AATG can oblige, and this year it’s Jack and the Beanstalk. This amateur theatre company is based near The Hague, though many of their plays are performed at venues and festivals across the Netherlands and sometimes in Belgium. In addition to an impressive back catalogue of pantomime, previous productions include ‘Tis Pity She’s a Whore and Educating Rita.

Leiden English Theatre (LET)
Linked to the university’s English department but open to all, LET performs richly entertaining and ambitious works such as Dracula, The Great Gatsby, A Christmas Carol and The Three Musketeers, interspersed with plenty of Shakespeare, as befits students of English literature. They will be staging 1984 this November and Cinderella in December. The company also run acting and stage production workshops and organise regular meet-ups and parties for members. 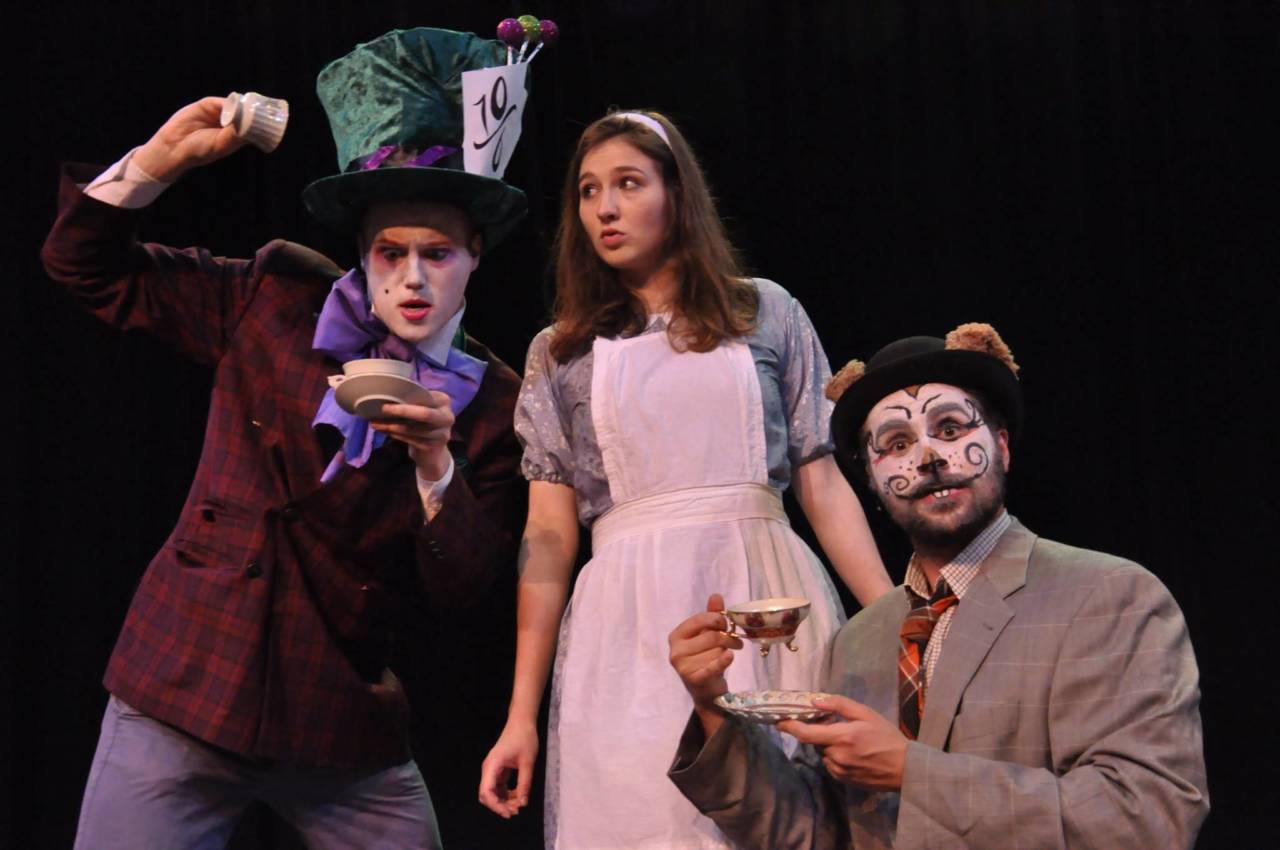 LET’s performance of Alice in Wonderland 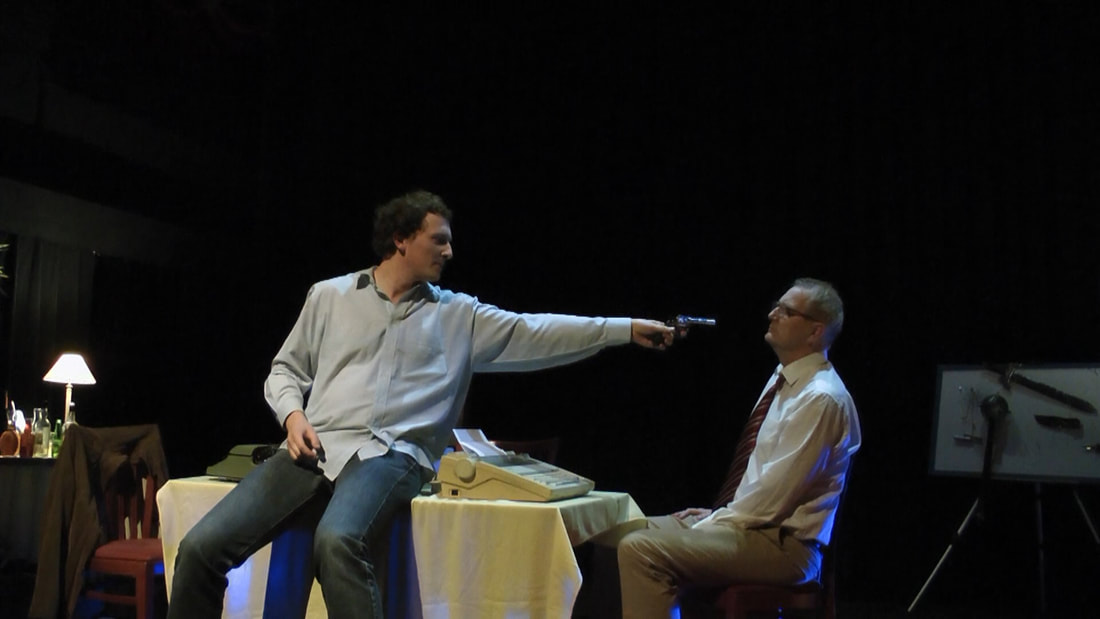 English Theatre Utrecht
New kids on the block, amateur theatre group the ETU are only in their second year but have already had success with a stage adaptation of Jane Austen’s Pride and Prejudice, performed at the Theaterhuis De Berenkuil, which sold out. Their next production will be Agatha Christie’s Death on the Nile, which will open in February 2019.

Theater Kikker
Specialising in contemporary theatre, youth theatre and dance, the Theater Kikker is located on Utrecht’s Ganzenmarkt, close to the city centre. The theatre leans towards more experimental works and frequently stages plays in English, such as their recent English adaptation of Ionesco’s Amédée. Search for the ‘language no problem’ label to find upcoming entertainment suitable for an English-speaking audience.