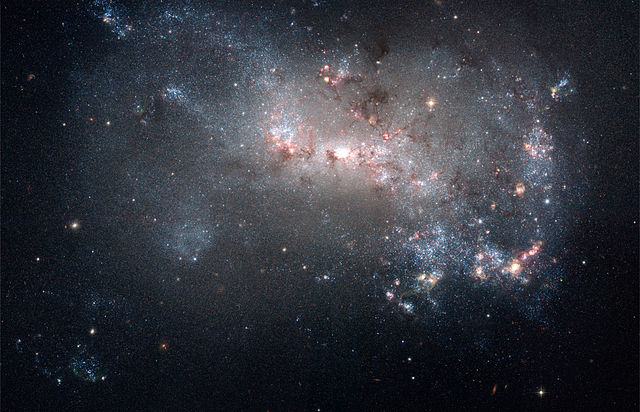 A two month long international space university might not be your idea of a summer vacation, but for experts in the space industry, that’s exactly what they will be doing in Delft during the upcoming months. With them come a summer-long series of events with a space theme, open to every would-be astronaut or astronomer.


Some 110 space professionals from 25 countries will pack into Delft later this month to learn about the latest in space technology, advancements in research and to boost cooperation between institutions and universities involved in exploring space – as part of the International Space University’s space studies programme.

The ISU was founded in the US in 1987 and is headquartered in Strasbourg but moves to a different location for its summer school every year. This year, Delft has the honours.

‘Space is increasingly important for society worldwide. I think the Netherlands is an excellent place for educating the next generation of space professionals,’ says Ger Nieuwpoort, director of the Netherlands Space Office which is hosting this, the 31st edition of the ISU, together with Delft University of Technology, Leiden University and the European Space Agency (ESA.)

ESA, of course, is the hub of space research in Europe, comparable to the US’s NASA and Dutch astronaut Andre Kuipers, who spent over six months on the International Space Station, is a household name. Space, in the Netherlands, is a popular topic.

Seeking to make the most of this influx of space experts, the ISU has organised a series of events open to the public with a focus on space. The programme officially opens on June 25th at ESA in Noordwijk and king Willem-Alexander will be present at the ceremony. While ISU may focus on education and networking, the public calendar is full with events ranging from entertaining to weird.

Alumni, students and staff of both TU Delft and the University of Leiden can listen to Jeff Hoffman, known as the Hubble repairman, speak on June 27.

The Filmhuis Lumen in Delft will show a space-themed movie each week during the summer, all presented by academics from TU Delft with knowledge of the specific issues covered in the movies. Interstellar, Alien and Moon are among the highlights, so if you’ve ever had doubts about life on other planets or wormholes, this is your chance to ask an expert.

In addition, space fans can meet astronauts from ESA and NASA during the Astronaut Panel while the Science Cafe Den Haag will host three experts who will talk about the practicalities of space travel, ranging from space law to what it’s like to live on Mars.

The programme also offers a number of child-friendly events, including the presentation of the Lego Moon City, built by 300 school children from Delft.

‘Lego is a versatile toy that sparks the imagination of kids and adults alike. Children can imagine and build their own future,’ says Ellen Pennings, owner of De Bonte Bouwplaats, which is organising the Moon City event. The villages will be on display in Delft town hall during the summer.

The course also organises a robot building competition for university students and Kuipers will be present for the finale of the competition, where the students will pit their robots against those designed by experts. The public is welcome to attand. Children are also welcome to watch a rocket launch, as the course participants build their own rocket to launch during the summer..