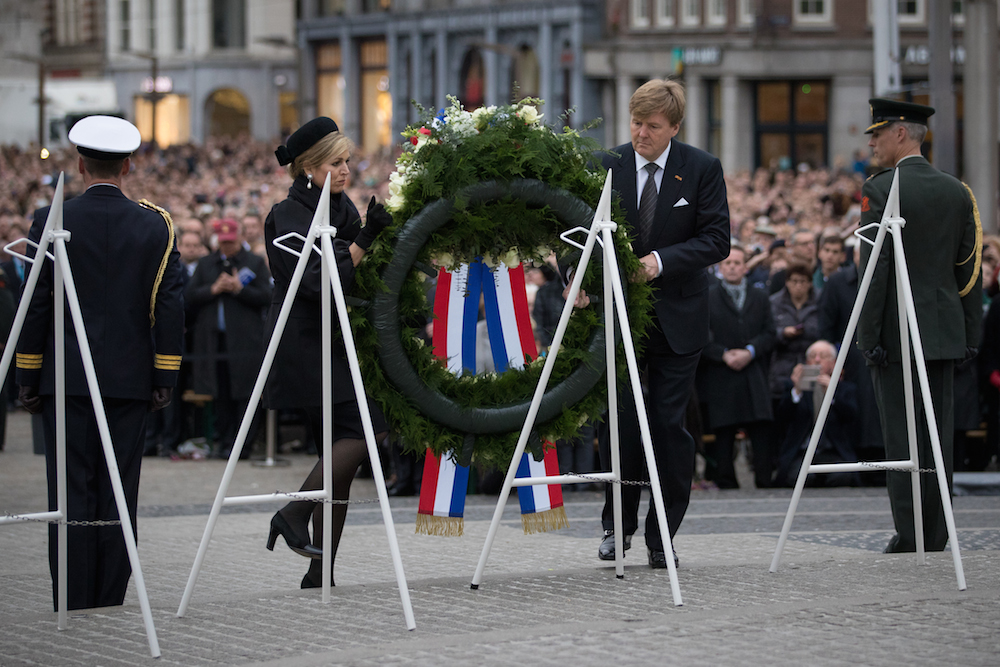 Five years of occupation during WWII left an indelible imprint on the Netherlands, and the tangible memory of the war means National Remembrance Day is marked at a grand scale, with events and activities in villages, towns, cities and museums up and down the country.

In fact, it’s not just one day, but two. A day to remember the fallen on the May 4, and then a day to celebrate and cherish the freedom that they fought to protect, on the May 5.

Every year at 8pm on May 4, a formal Remembrance Day ceremony, headed by the king and queen, takes place in the Nieuwe Kerk followed by a wreath laying and two minutes of silence by the peace monument on the Dam.

Around 20,000 members of the public attend the event on the Dam annually. It’s a poignant spot for the service, being the site of one of the last shootings of WWII when German soldiers holed up in the Groote Club shot at Amsterdammers celebrating the German surrender.

The two-minute silence is strictly observed all over the country. Public transport stops, cars pull over to the side of the road and there are no take-offs or landings at Schiphol airport.

All over the country, smaller ceremonies take place. Among the most poignant are those in isolated places commemorating members of the resistance executed by the German occupiers. 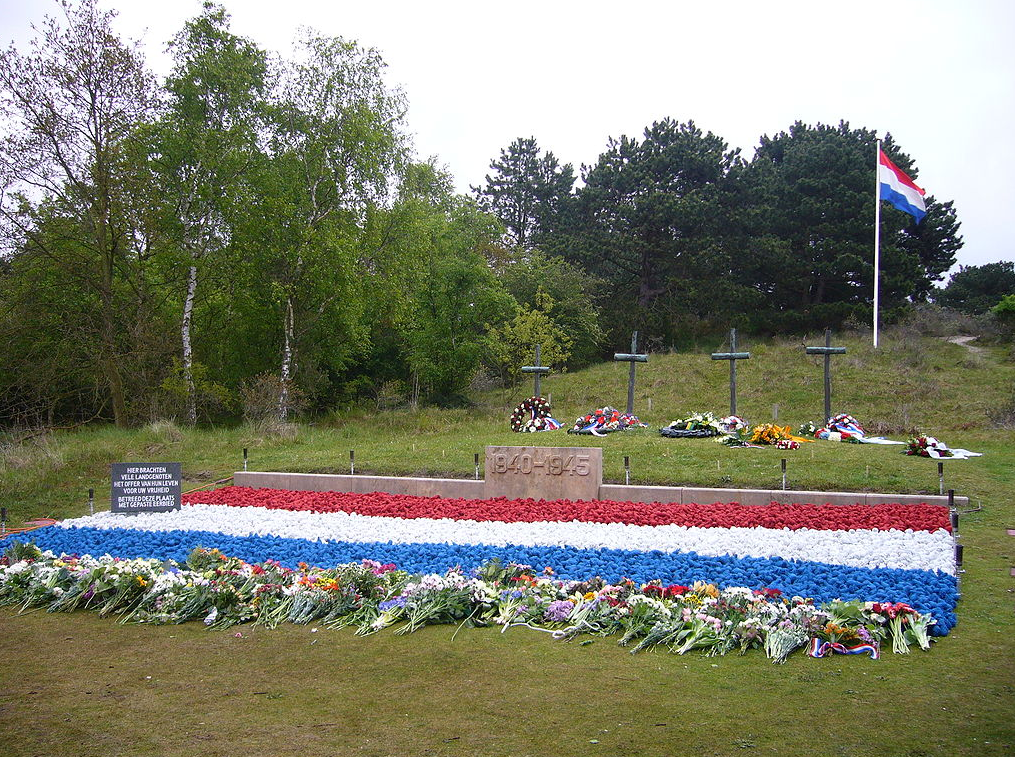 The Waalsdorpervlakte in the dunes, where many resistance heroes were shot. Photo Pvt Pauline vi Wikimedia Commons

Liberation Day reading – Friesland
The start of the traditional liberation celebrations moves to a different spot every year. In 2018 they kick-off in Leeuwarden (Friesland) at 12 noon with the May 5 reading being given by philosopher, writer & TV maker, Stine Jensen.

The prime minister will be in attendance and it’ll be broadcast live. To mark the occasion the whole of Leeuwarden town centre will be in festival mode with seven different music events, kids festival activities, and a programme about migration; all centred around ‘Freedom Square’.

Veterans View – Doorn
Since the end of April a new travelling exhibition from the National Veterans Committee has been on display. At De Basis in Doorn until May 24, Veterans’ View seeks to give the general public a special insight into the individual perspectives of some of the 115,000 Dutch veterans and the diverse missions they have served on from WWII to the present day. After Doorn it will then travel the country to town halls, museums, government buildings, schools and other public places to reach as wide an audience as possible.

Liberation Museum – Nijmegen
In Gelderland a silent march through Groesbeek on May 4 (starting at 7pm by the town hall) will lead through the town, on to Berg en Dal and end at the Canadian cemetery before a gathering at the Liberation Museum in Nijmegen. 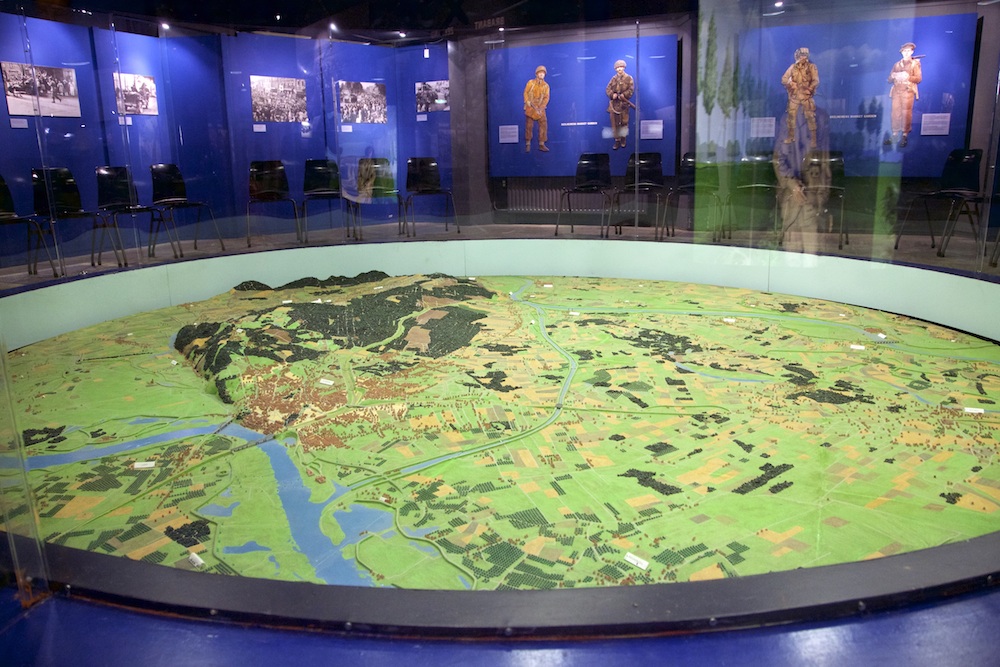 British and Canadian troops worked alongside Dutch fighters at the end of the war to liberate the eastern borderlands from German occupation.

On May 5 the museum opens its doors from 10-4.30pm for a festive series of events. There will be a WWII book sale; a radio show using the equipment of the day; in the afternoon Dutch grandparents are sharing their personal war stories with children (10 plus recommended); and the permanent exhibitions are also open to visit.

From the museum, Grateful Generation Tours will lead groups along battlefields of the famous Operation Market Garden (1944). Participants can travel in authentic WWII jeeps. If you’re still in the area on the May 6 there is a battlefield tour by bike (10km) if you prefer. Entrance for the festivities and tours cost as little as 2 or 3 euros.

American Cemetery – Margraten (Limburg)
Between May 2 – 6 The Netherlands American Cemetery, will host the Faces of Margraten. The foundation that maintains the cemetery has been collecting photos of those buried there since 2014, and now have more than 5,000. 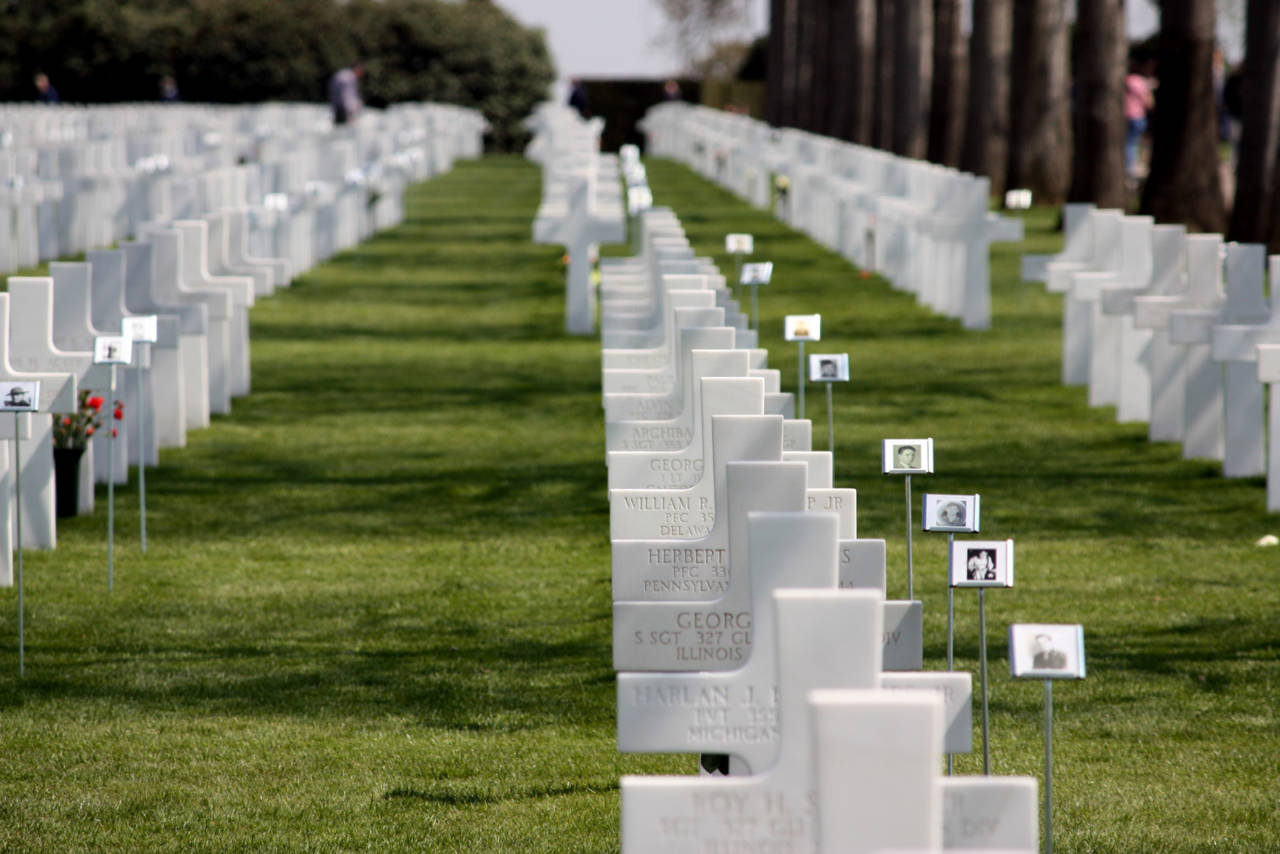 These will be displayed in situ for the first time. Entrance to the cemetery is free and in addition, this year visitors will be able to listen to a free audio tour, The Voices of Margraten.

Liberation Festivals – All Over
With performances from 14, 200 artists, across 12 provinces, the Liberation Day Festivals are bigger than ever this year.

Every year the National Committee for the 4 and 5 May select a group of Ambassadors of Freedom, from the top performers of the moment. This year performing under the committee’s 2018 theme, Pass Freedom On, you can see: Ronnie Flex, Fedde Le Grand and MY BABY.

Amstel concert – Amsterdam
On the evening of May 5, the traditional closing concert on the Amstel, will be performed by the Rotterdam Philharmonic Orchestra, with Antony Hermus conducting and turns by soloists: Maan, Willemijn Verkaik, CB Milton, Bastiaan Everink and Noa Wildschut as well as dancers from the Nederlands Dans Theater. 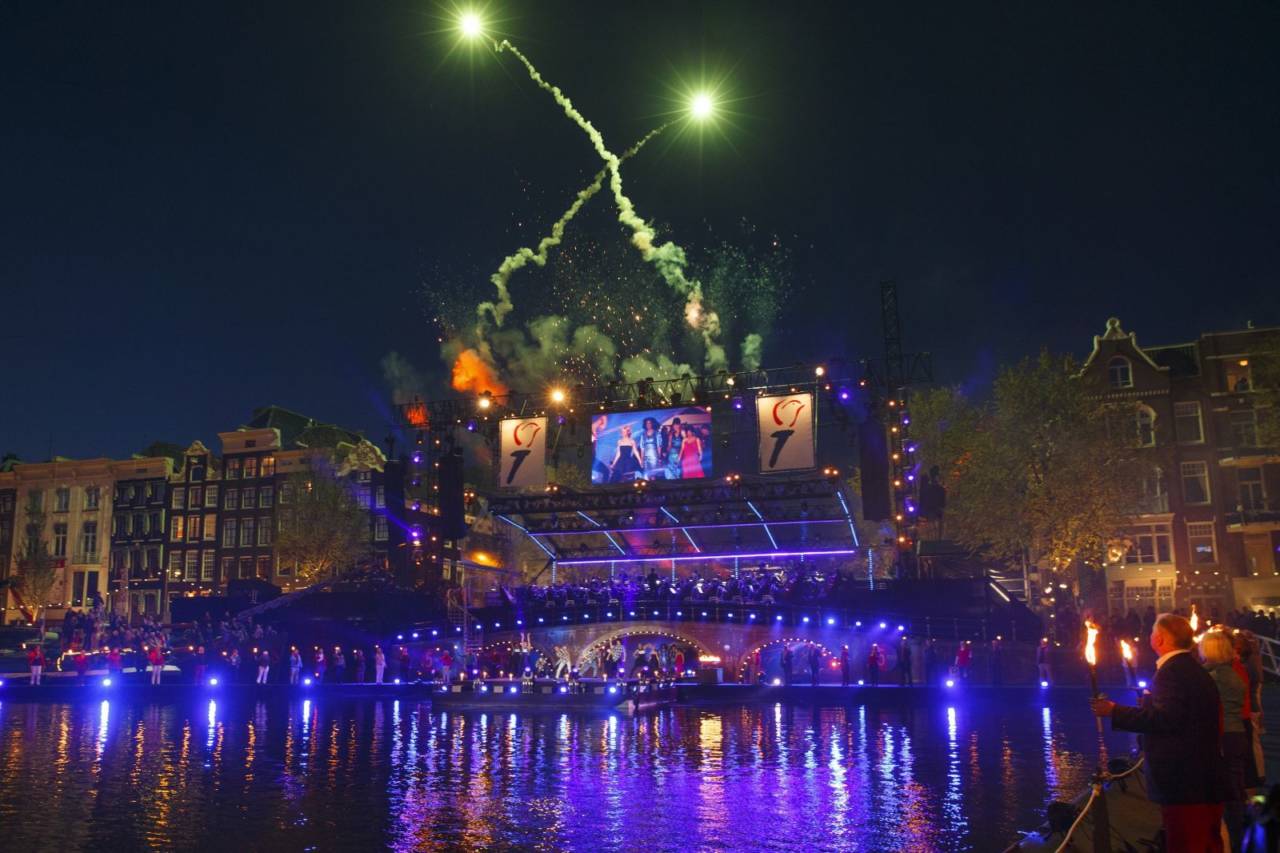 Boat passes for the concert were given out by lottery sometime ago; if you can’t get a decent view nearby then the performance will be sent out live by NOS on NPO 1, coverage starts at 8.30pm.

Militracks – Overloon (N. Brabant)
If you want to find out more about the Dutch war time experience here after, then head to the War Museum Overloon (Noord Brabant). In an area that saw some of the fiercest fighting at the close of the war, they hold their Militracks exhibition.

It’s coming up on May 19 & 20 and promises to be a big event with an expected 15,000 visitors coming from more than 20 countries, to see the original military vehicles cruising through the woods and to ride alongside them. The museum’s regular exhibitions are open too, as they are on May 4 & 5.

More information about events up and down the country and the history of Remembrance & Liberation Day can be found on the 4 and 5 May website.