Today, the Netherlands and the United States celebrate their friendship which stretches back 226 years. But it’s more than an excuse to have a party. The treaty recognising the relationship between these two nations also offers the opportunity for citizens to move to the other country under the DAFT visa. Molly Quell finds out more.

The Netherlands and the US began diplomatic relations way back in 1782 and the Netherlands was the second country to recognise the US as an independent nation – after Morocco.

Indeed, the US relationship with the Dutch is the longest, unbroken peaceful relationship that it has with any nation. During the 1950s, the US went on a charm offensive in an effort to combat the spread of communism by the then USSR.

As part of this officials signed a number of so-called friendship treaties with other nations. The Dutch-American Friendship Treaty, or DAFT, was signed in The Hague on March 27, 1956.

Many of these treaties, including DAFT, made vague promises to promote trade and commerce. ‘Most of the provisions are irrelevant,’ says Jeremy Bierbach, an immigration lawyer who specialises in the visas created by the treaty.


However, DAFT also stipulates that a special visa should be created for either American or Dutch entrepreneurs who want to establish businesses in the other country – and that has proved a success to many.


Kathy Merrill and her husband picked the Netherlands specifically because of the DAFT treaty. ‘My husband was working in Germany but didn’t like the job. He started freelancing there but the bureaucracy was awful. We started looking around and found this opportunity in the Netherlands,’ she says.


DAFT removes many of the bureaucratic hurdles that entrepreneurs normally face in obtaining a visa to work in the Netherlands. The amount of money that must be invested in the company was set at 10,000 guilders, now €4,500.

The treaty also removes otherwise obligatory integration requirements. While the Netherlands has maintained all of these provisions since the signing, the US has not been so generous. The US raised its investment requirement to around $100,000 and has tightened other restrictions as well. ‘Legally, there’s nothing stopping the Netherlands from doing the same,’ says Bierbach. ‘It’s only the generosity of the country.’ 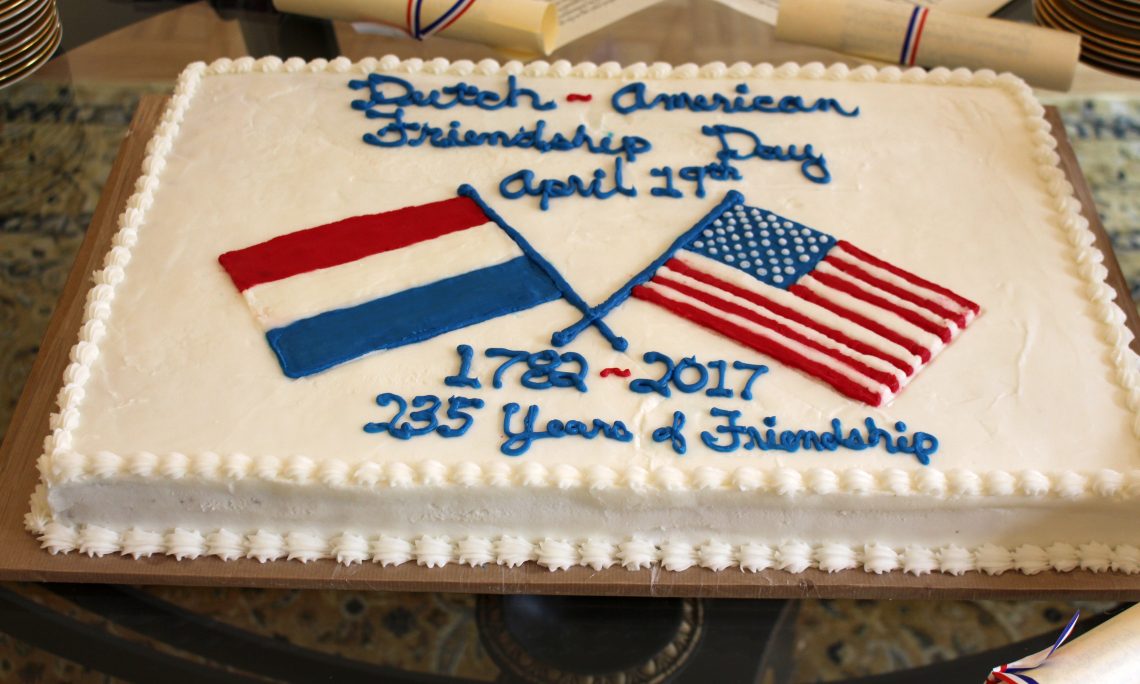 Last year’s celebratory cake at the US embassy in The Hague: Photo: US embassy

‘I wouldn’t be here if it wasn’t for DAFT,’ says Tara Michael. She had been living in the Netherlands for eight years before applying, having originally come to the country to study. After her divorce, she had a gap before she could apply for permanent residency and the DAFT visa allowed her to stay until she was eligible.

But as Mandie van der Meer discovered, you have to be a true entrepreneur to utilise the visa. Like Michael, she sought out a stop-gap measure after the immigration service said her Dutch partner didn’t earn enough money to qualify to sponsor her for a partner visa.

Her immigration lawyer suggested DAFT and Van der Meer applied for and got a permit in 2011. Unlike Michael, however, van der Meer wasn’t a natural business owner. ‘I didn’t want to be the boss,’ she said.

Michael, however, had been running her small business helping student athletes to study abroad for years prior to applying and found the application process significantly easier. That doesn’t mean everyone finds it simple.

‘You have to be a real business owner,’ Bierbach says. Not only do you have to invest in your company, you must also be registered with the KvK (Chamber of Commerce), open a business bank account and provide IND with a business plan. To be able to renew the visa, the entrepreneur must demonstrate their company is making a profit.

In 2016 and 2017, 100% of those applications were successful. Bierbach, however, stresses that the application isn’t just rubber stamped. ‘You can’t be living off of your savings or running a business elsewhere in the world,’ he says.

The DAFT visa is just one part of the formalisation of the links between the Netherlands and the US. It was in 1982, after lobbying by Roberta Enschede of Overseas Americans Remember (OAR), that president Ronald Reagan signed the Joint Resolution – HJ 410 – which declared April 19th as the official Dutch-American Friendship Day.

‘The treaty celebrates 200 years of Dutch and American trading history,’ says Dennis Cowles, president of the Amsterdam American Business Club which group holds an annual networking event on the day to celebrate, ‘so we try to keep it alive.’